Ex-Groundsman Dropping In On England: Former Eden Park head groundsman Mark Perham has been tasked with ensuring a portable cricket pitch and temporary outfield is installed at the London Olympic Stadium for the 2019 World Cup.

The stadium could also be used in England’s revamped city-based Twenty20 competition, due to start in 2020.

The venue is home to Premier League club West Ham and scheduled to be available for a week during the World Cup’s May 30-July 15 window. A day-night match is likely to be played on a Friday, followed by a day fixture on a Sunday. Drop-in pitches are yet to be used for international cricket in England. 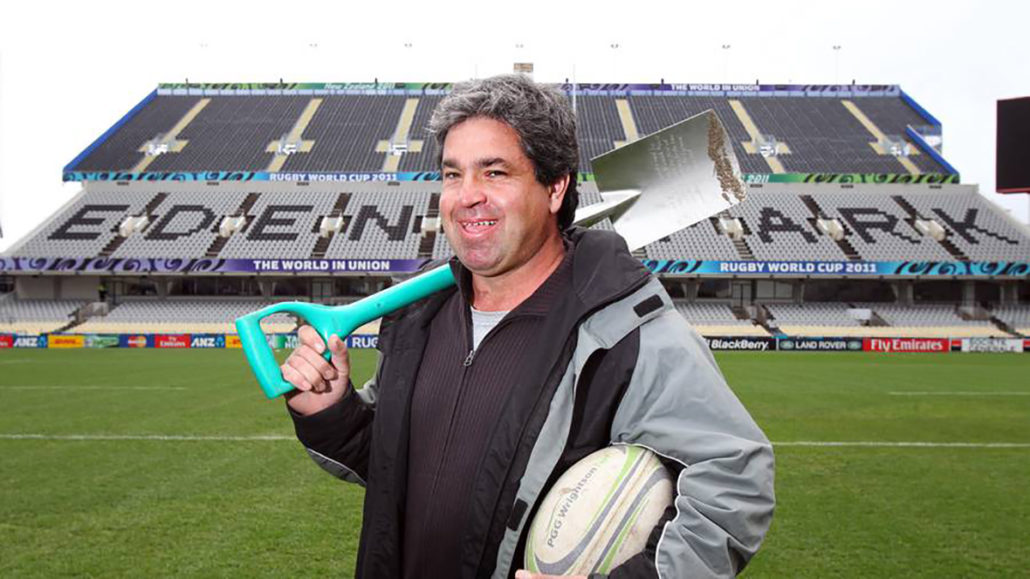 The 2012 Games arena’s capacity is expected to be around 60,000, meaning it could increase sales budgets and reduce operating costs through economies of scale. The International Cricket Council runs the tournament, but the England and Wales Cricket Board collects the ticket revenue. The Times estimated the ECB could haul in up to 20 million pounds ($37 million) from the exercise; 2 million pounds ($3.7 million) is set aside to develop the project.

In May, the Guardian reported the India-Pakistan and Australia-England matches are likely targets in what looms as a “festival of cricket” across London, with Lord’s and the Oval also official World Cup venues.

Perham left his Eden Park job at the end of the 2012-13 season and now runs Field Turf New Zealand, with 19 staff who contract to sports grounds in New Zealand and overseas.

Part of his cricket groundsman reputation was as a pioneer for portable pitches, which were regularly used at Eden Park during his tenure. He has been charged with preparing three such wickets at Loughborough University in England’s East Midlands for transport to London.

“They will go to the stadium next year for a trial,” said Perham, who has made four trips to Britain within the last year as part of the preparation.

“[The organisers] won’t go into the World Cup without playing on them. They want to reduce [the traditional pitch] square size and have pitches close to the centre of the ground. We will also turf over the [athletics] track.”