Fence To Protect Cricket Club: A new fence is set to be constructed around a cricket ground in order to stop vandals driving across the field after a series of attacks.

Officials at Green Lane Cricket Club in Nunroyd Park, Yeadon, believe they are being targeted by someone with a grudge after persistent vandalism over the last few months. 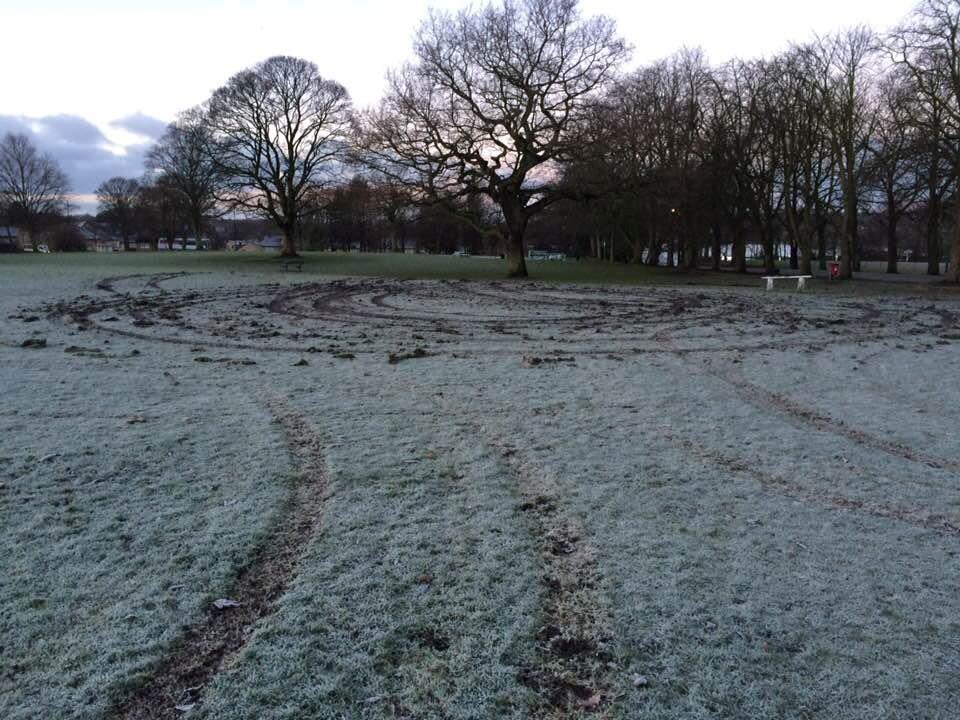 CCTV images have captured a 4×4 being driven repeatedly over the ground in the latest incident, churning up the soil and leaving a trail of destruction in its wake. The club was already facing a bill of more than £1,000 from the recent attacks.

Now ward councillors Graham Latty, Pat Latty and Paul Wadsworth have announced they will pay for a fence to protect the ground.

Cllr Graham Latty said: “I and my colleagues have spent a lot of time and money recently in trying to make Nunroyd Park more accessible to more people. Now it is really depressing to find that there are people in Aireborough who just don’t give twopence for the pleasure of others and drive cars all over the grass, ruining the surface.

“So we have decided to use some of the Section106 money from housing developers to install a fence to stop cars from getting into the park. We can’t afford to completely ring the park with fencing so are putting it where it will have most effect, alongside the access road up to the pavilion.

“There have been protests on Facebook that we are wasting money and should just stick large rocks in place to block access and these might stop cars but would not stop bikes and quads. We value the visual appearance of the park and believe that a low fence will not only look better but will be more effective and will not inconvenience walkers.

“This will happen as soon as the parks team can fit it into their schedule.”

A camera at the club captured the latest vandalism, at about 2am on Sunday, showing a light coloured 4×4 with darker colouring down the side.

Groundsman Tommy Powell said: “You can see the number plate, but it is too far away to see the number. It is definitely the same person – and this time it is the worst of the lot.”

“I just feel like walking away now and saying I have had enough. We think it must be someone with a grudge against the club.

“I have to admit I had tears in my eyes when I saw it. I was just lost for words really. They are going to make it unplayable.”

In November Mr Powell appealed for help in catching the hooligans who had left eight-inch deep tracks in the field by driving a vehicle onto it for the fifth time in four weeks – leaving the club with an anticipated bill of well over £1,000. The ground will need to be repaired in the spring, but Mr Powell said they will struggle to meet the cost.