First impressions count with the Quadraplay: Nigel Mortimore, Head Groundsman at Topsham Rugby Football Club, is a strong believer in first impressions – and his SISIS Quadraplay is helping him to create a pitch that opposition teams will long remember.

A retired Physical Education teacher, Nigel has been maintaining the pitches at Topsham Rugby Football Club for the past seven years. The site, which includes two full size rugby pitches and two smaller pitches for the junior teams, can often see more than 600 people in attendance on a matchday. 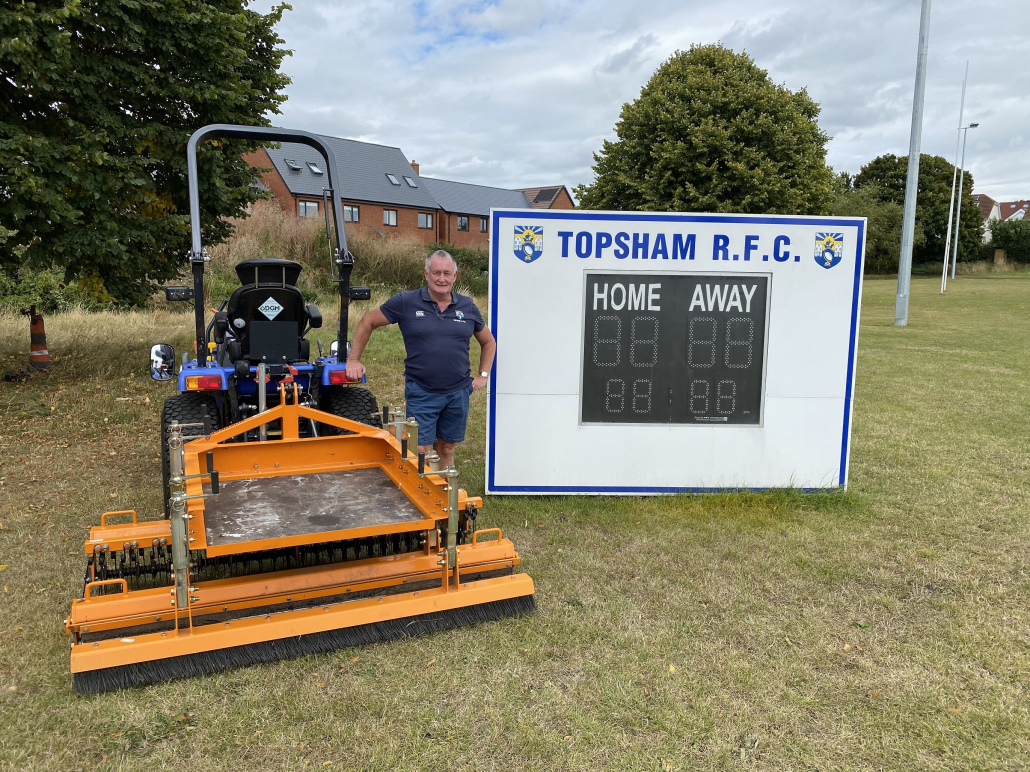 First impressions count with the Quadraplay

When Nigel first started the role, he had little experience in groundsmanship, so he was therefore keen to get up to speed as soon as possible.

“I live local to here, I enjoyed playing rugby and I’ve always had an interest in fields and sports pitches but going from playing on one to looking after one was a steep learning curve,” he said.

“I joined the RFU’s Rugby Groundsmen Connected scheme, which along with Devon RFU, has been invaluable in gaining advice and support. I also got in contact with the groundsman at Exeter University and I worked alongside him and his team to see how they maintain their pitches. The previous groundsman at Topsham, John Evans, was also a great help.”

After learning the fundamental skills of groundsmanship, Nigel’s attention soon turned towards new maintenance machinery. The SISIS Quadraplay had previously caught his eye and an evening with Keith Kent helped him make the final decision.

“Keith Kent came here to Topsham to host a Groundsmen Connected seminar. He brought a range of SISIS equipment with him and that was when I first saw the Quadraplay in action – I immediately knew that this machine was what we needed.

“The club’s committee attended that evening and the final decision was made there and then. Those committee members bought into what benefits the Quadraplay could offer after seeing how it could be used and how much it could help us.”

“We purchased the Quadraplay to improve the conditions of the fields and it has done exactly that,” said Nigel.

“It is used pretty much every day depending on conditions. If the surface is nice and damp, we will go out and slit it and we will do that in different directions on various days. Slitting the pitches has really helped with the drainage here. Prior to having the Quadraplay we were forced to cancel games when we had torrential rain but now, we don’t have that problem. 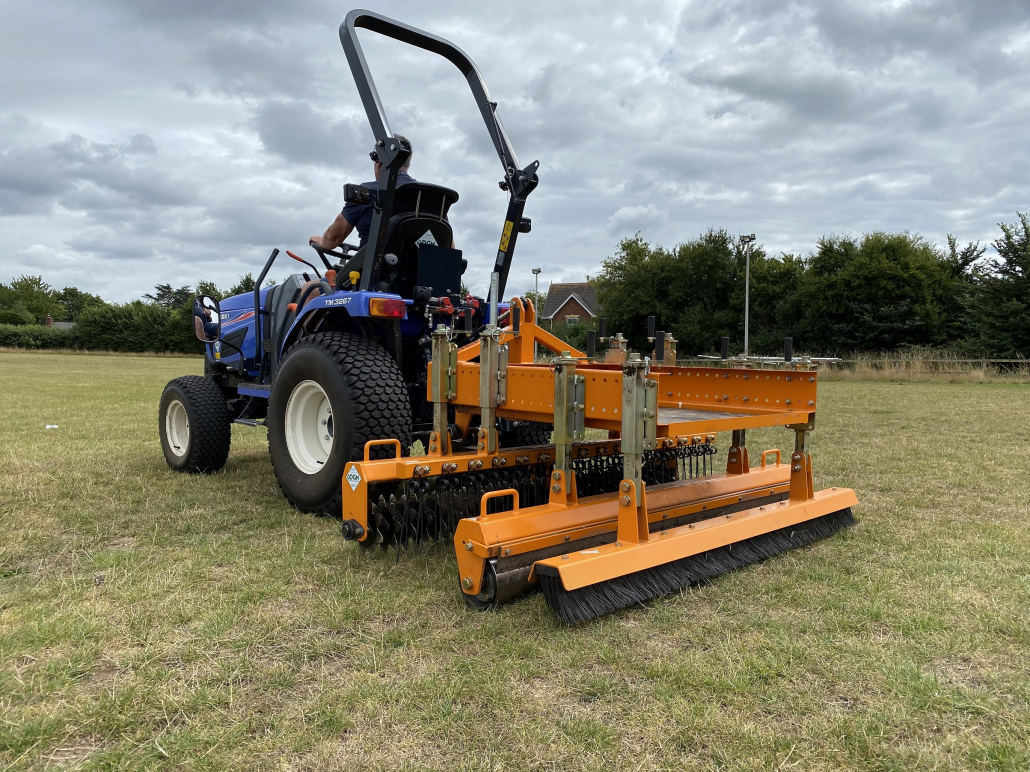 First impressions count with the Quadraplay

“The brush puts a lovely stripe on the pitch which is important for matchday presentation. The tines are also brilliant, and we tend to tine it and brush it particularly at the end of the season. This helps to take off the peaks and put them into the troughs for a consistent playing surface.

“Having the ability to carry out four tasks with the Quadraplay is extremely beneficial,” continued Nigel. “The adjustment is very easy, and it is incredibly simple to connect it to the back of our tractor. I also like the fact that there is no PTO on it so there are no risks of oil spillages. It is easy to maintain, well-built and it is just a fantastic piece of kit.”

Nigel believes that the machine has signalled major improvements to the pitches. He also claims that it is not just the home team that these improvements have had an impact on.

“The quality of surface has improved no end. The players are getting a good footing on it and that in turn improves the game of rugby – the better the surface the better the play. A lot of the Topsham players have commented on how much they feel it has improved.

“I’ve got a real thing about first impressions especially when you go to play a game at an away ground. If you were to get off a coach on a matchday and you see a fantastic looking pitch which has been dressed, striped and ready for play then you know you will be facing a good team. I think our pitch, thanks to the SISIS Quadraplay, now puts opposition teams on the backfoot straight away.”