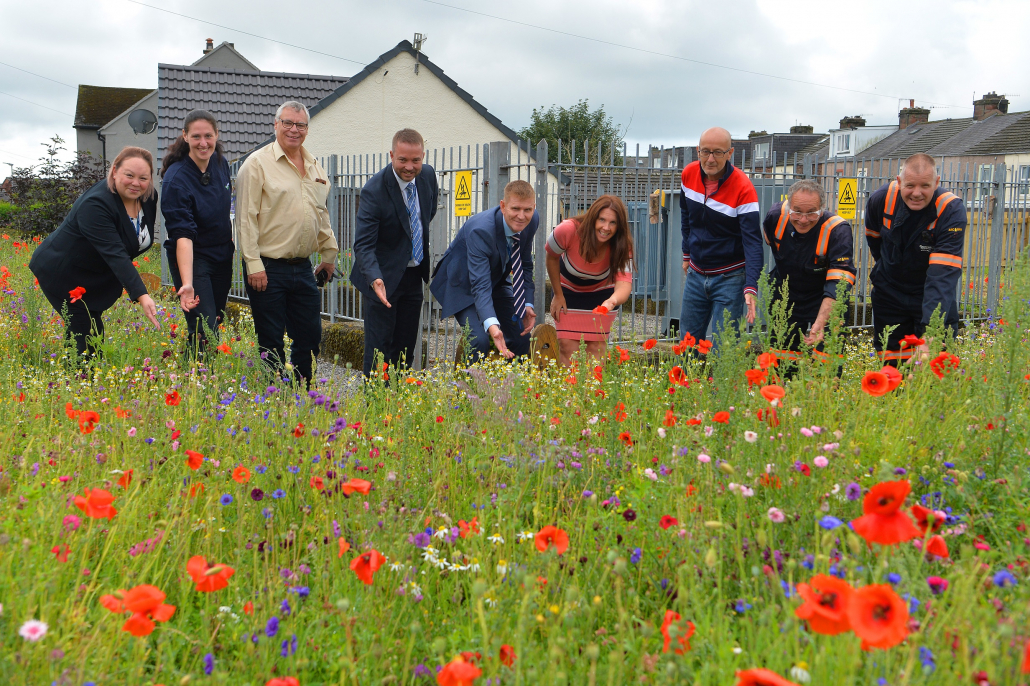 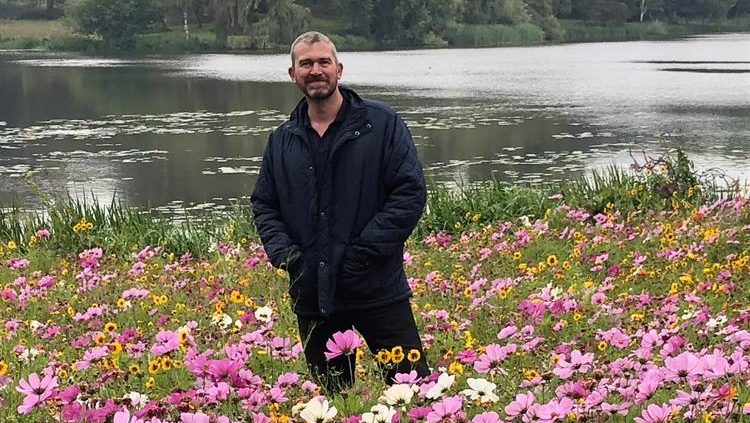 I took up my post as head greenkeeper at Hever Castle Golf Club just over a year ago – and what a year it’s been. 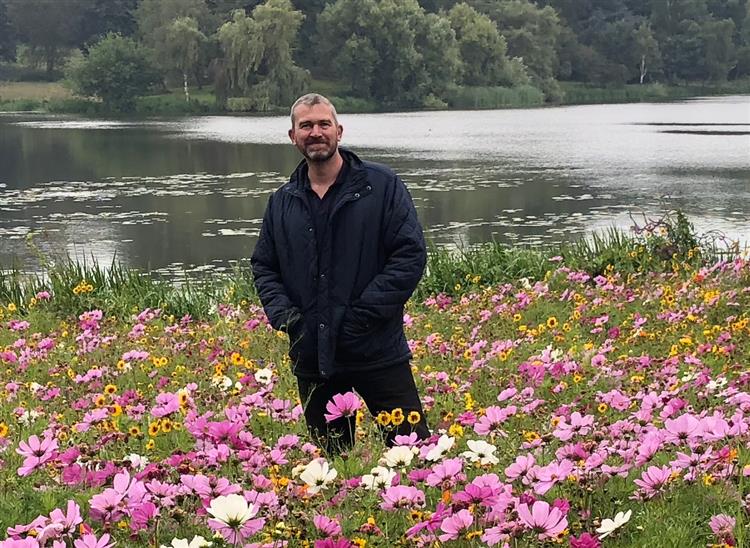 One of the greatest challenges has been a tropical heatwave that seems to have lasted all summer!

For the team at the Golf Club, watering this summer took on a new and interesting dimension with the addition of nine new flower meadows.

The meadows are situated in Hever Castle’s gardens and Hever Golf Course: they cover an area of 4,500 square metres on Lake Walk (in the Castle grounds) and the golf course itself.

Each of the nine selected areas had different considerations and their own micro climate, environment and purpose. It was really important to us to select sites that would improve bio-diversity and functionality in areas which had previously been dominated by aggressive species such as bramble and nettle.

My team nicknamed the first area they developed ‘Tom, Dick and Harry’, and it was the first point of contact as we passed through the fence from the golf course into the grounds of the castle. We felt when we entered this part of the castle’s beautiful grounds that we’d escaped!

When we began prepping the ground back in March we could hardly dare dream of the kaleidoscope of rainbow colours that would burst forth beside the Lake.

We sowed the rainbow mix beside the lake in May and the flowers should bloom until November. This is my preferred mix and includes marigold, cosmos, flax and poppy – it looks great and is a very good pollinator.

A real highlight for me this year was the rediscovery of the Anne of Cleves Bower House folly.

I’d been walking in the woodland area with our CEO Duncan Leslie who was explaining the work that was ongoing on the Loggia in the castle grounds. The water in the lake had been lowered and as we walked beside, what I believe was the original path of the River Eden, I spotted a step in the water. I broke off suddenly from our conversation and rushed to take a closer look.

The steps were part of the folly, which had previously been hidden among the under-growth.

We believe the folly dates from the time of the Astors but it looks like they used medieval brick to create it, and there are two heraldic shields for Anne of Cleves.

It was thrilling to uncover it for the first time in years and bring it back to life with a more subtle and feminine flower mix for Anne.

It not only looks great, but it fits in beautifully with the landscape and has also proved to be another fantastic pollinator.

The creation of the meadows has been a real boost for the team – when the flowers began appearing, it’s no exaggeration to say that we’d go down and giggle like school children as we marvelled at the changing floral landscape.

Even though the meadows are still in full bloom, my thoughts are turning to next year and to possible new meadow areas.

If you like meadows, then why not have a go – if you get the right seed mix and you prepare the ground well, then the results are spectacular.

I don’t know whether the flowers in the meadows would have been higher if we’d had more rainfall, and we can only speculate at the moment why some areas have dominant yellows and others have more pinks – we will continue to monitor their progress and note down the different habitats – the amount of light in one, and the subtle differences of soil in others, and see what happens next year.

John Deere At Flower Show: As well as a show garden celebrating 100 years since the company entered the tractor business, John Deere has a trade stand at RHS Chatsworth showing its latest range of ride-on, robotic and walk behind lawn mowers and a Gator utility vehicle.

The new X100 Series of lawn tractors features six models designed for lawns of 3,000 to 6000m2. This range of robust and versatile mowers offers a choice of deck widths from 92 to 122cm and either side discharge or rear discharge and collection. A high capacity 300-litre collector means fewer stops and faster work and the new Side-by-Side pedals allow the operator to control direction and speed without raising a foot. Adjusting the height of cut is easy: simply move the lever that’s conveniently located alongside the seat. Prices for the X100 Series start at £2329 incl VAT. 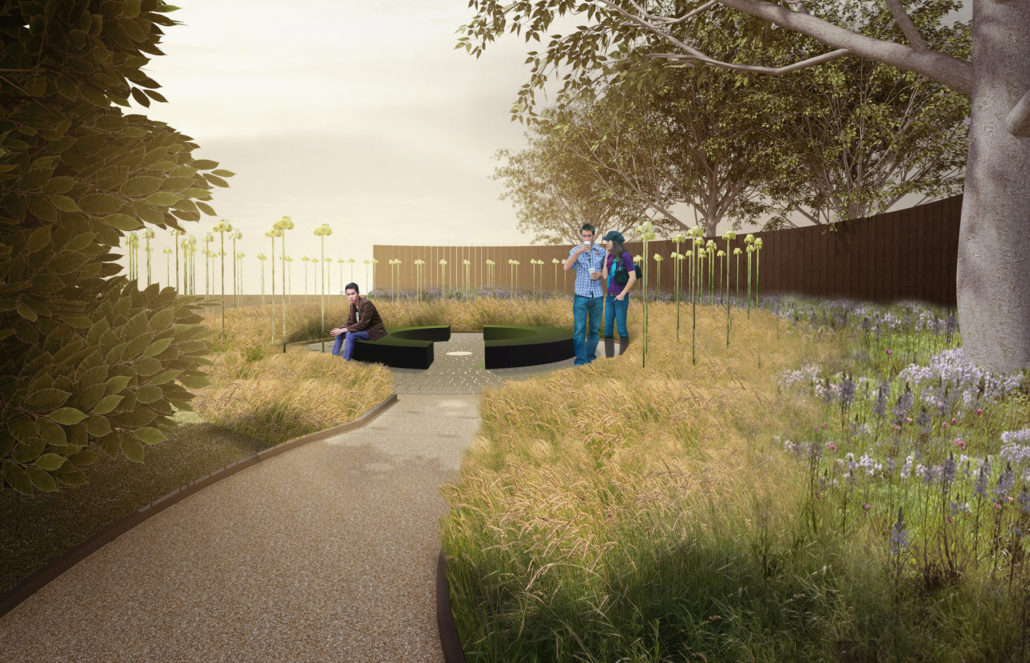 Three new models join the line-up for 2018: the Z345M and the Z345R both come with a 107cm deck and the Z535M has a larger 122cm deck. The Z345M is suitable for areas of grass up to 8000m2 (about 2 acres); the more powerful Z345R and Z535M are for larger areas. ZTrak zero-turn mowers deliver fast efficient mowing and exceptional manoeuvrability using easy to operate control levers. Prices start at £3977 incl VAT.

John Deere’s extensive line-up of walk-behind mowers offers a wide selection of size, power and type, all designed for top performance and reliability. Cutting widths range from 40cm up to 54cm with a choice of petrol, electric and battery powered models plus the option to collect clippings or to mulch. Prices start at £314 incl VAT.

Fun to drive and practical to use, John Deere Gators have earned a reputation as dependable and reliable work vehicles. The latest additions to the Gator family are the brand new petrol XUV 835M and diesel XUV 865M models. The 54hp XUV 835M and 23hp 865M offer power steering, a CVT transmission and a top speed of 37 or 31mph (60 or 50kph) respectively, plus a tight turning circle and optimal weight distribution for superior off-road performance.

The versatile and durable cargo box has a load capacity of 454kg, while towing capacity has been increased by a third to 907kg and total payload capacity is 680kg.
There’s ample room for both driver and passengers. An enclosed cab and efficient heating system maximise year-round comfort and productivity. For extra versatility, these Gators can be fitted with a wide range of over 90 attachments from snow blades to winches, and feature a large 42-litre fuel tank to keep the vehicle running longer between fill-ups.

Blacksmith John Deere founded the company that bears his name in 1837 in Illinois USA but it was 1918 when the company entered the tractor business with the 25hp Waterloo Boy. A century of tractor innovation has followed, including the launch in 1963 of the company’s first lawn tractor, the 7hp 110, drawing on the experience and technology of its larger agricultural cousins. John Deere has grown to become one of the world’s leading manufacturers of agricultural, turf and lawn and garden equipment with an outstanding reputation for quality and reliability.