His career at SISIS spanned over 30 years, beginning in 1960 initially as assistant sales office manager when the company was based at Cheadle, Stockport, before being appointed sales director in 1979 until his retirement in 1996. 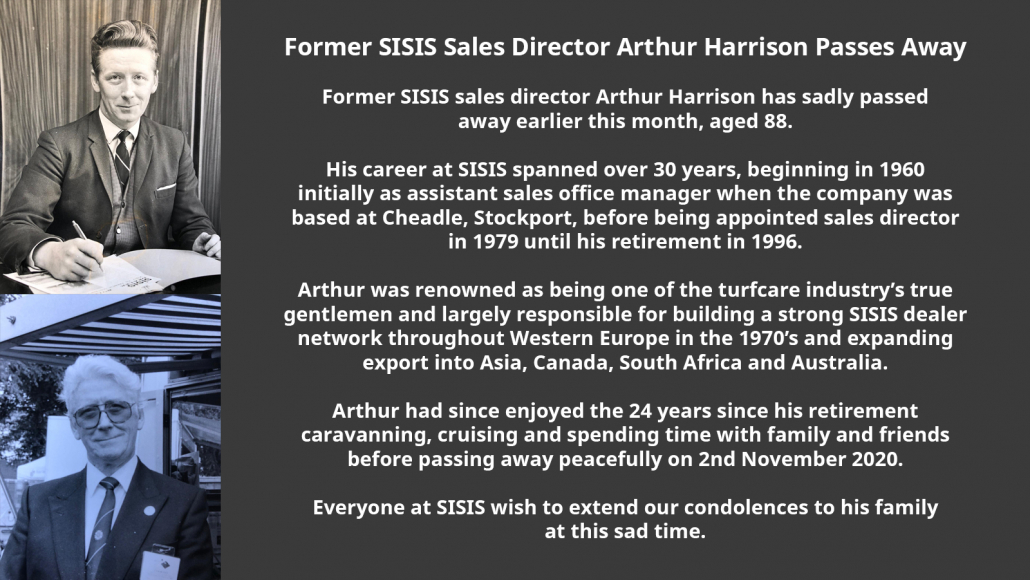 Arthur was renowned as being one of the turfcare industry’s true gentlemen and largely responsible for building a strong SISIS dealer network throughout Western Europe in the 1970’s and expanding export into Asia, Canada, South Africa and Australia.

Arthur had since enjoyed the 24 years since his retirement caravanning, cruising and spending time with family and friends before passing away peacefully on 2nd November 2020.

Everyone at SISIS wish to extend our condolences to his family at this sad time.