Gareth Bale Transforms Garden Into Incredible Golf Course: A stunning aerial image of Gareth Bale’s transformed back garden has emerged after the Wales star had a replica of the iconic 17th hole at Sawgrass, Florida, built at his south Wales home.

Reports emerged two years ago the Wales and Real Madrid superstar was about to embark on a grand golf project in the grounds of his Vale of Glamorgan house.

A stunning aerial image of Gareth Bale’s transformed back garden has emerged after the Wales star had a replica of the iconic 17th hole at Sawgrass, Florida, built at his south Wales home. 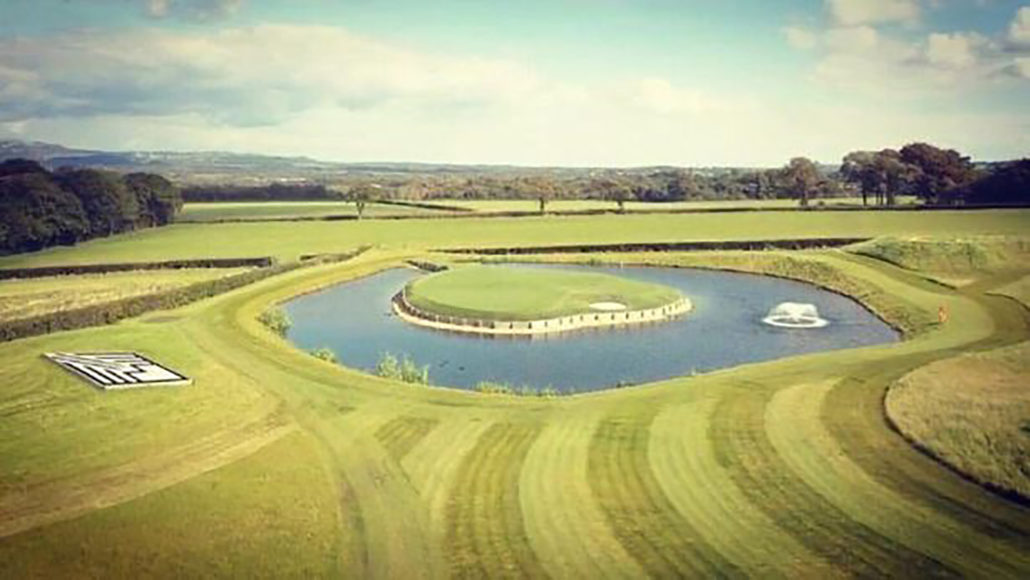 To help drop his impressive single handicap even further, Bale, the former most expensive footballer on the planet, was believed to have sounded out top notch groundsmen in the South Wales area to become a full-time greenkeeper.

The new image shows what the first finished hole looks like, with Bale making himself the envy of golf fans around the world.

Bale’s love of golf came to the fore in the summer of 2015 when he helped Wales lift the Celebrity Cup for the very first time amid intense competition from England, Ireland and Scotland at the Celtic Manor.

And the soccer superstar is often a regular visitor to the Newport resort playing their blue riband Twenty Ten Course that staged the Ryder Cup seven years ago.

“I try to play as much golf as possible,” said Bale when news broke of his grand plans for a course at home two years ago.

“In fact, I’m obsessed with it. I’ve not really thought about what I’ll be doing in 20 years when I’m retired from football, but, hopefully, I will be playing golf.”