Hayter donates Harrier 56 Pro: The makers of the finest mowers, Hayter, have donated a brand new Hayter Harrier 56 Pro to the team managing the grounds at Epping-based Copped Hall Estate.

Copped Hall is a Georgian mansion surrounded by luscious and landscaped parklands. Copped Hall is also home to a multitude of charming gardens, which are looked after by the dedicated grounds management team, headed up by Stephen Potts and Graham Stewart. 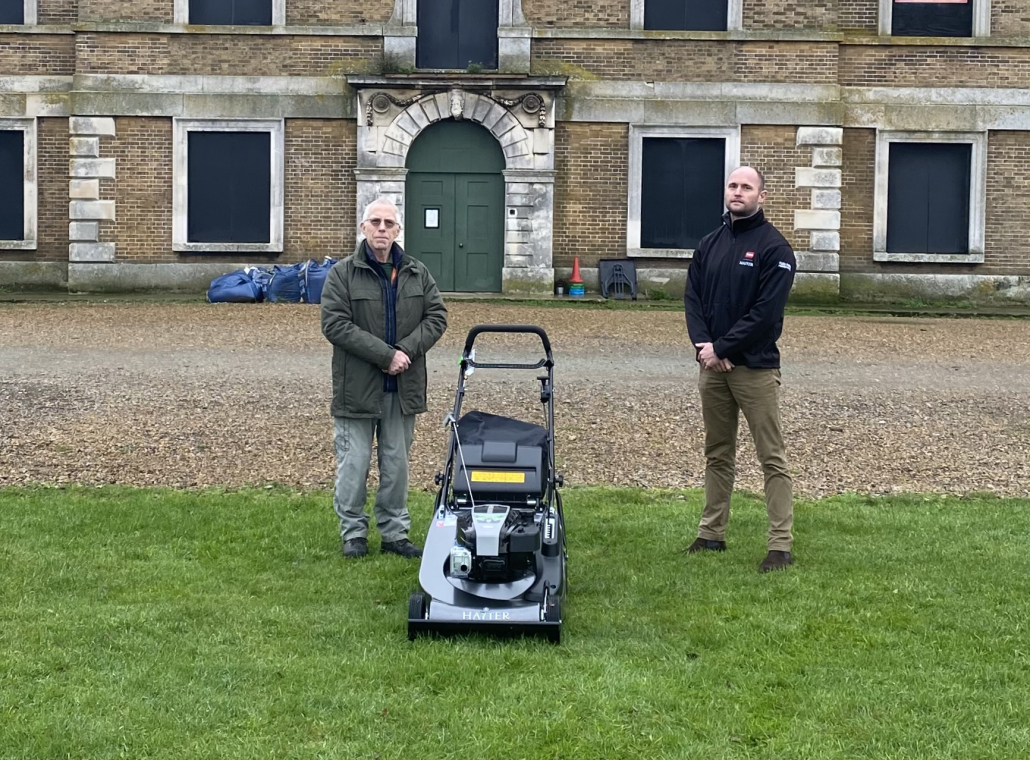 Matthew Coleman, UK Sales Manager for Professional Landscape Contractor & Siteworks Equipment at Hayter and Toro, oversaw the donation of the mower to the estate: “We are so happy that we could help by donating a Harrier 56 Pro to Stephen and Graham who are extremely dedicated to keeping such a beautiful site in amazing condition. The Harrier 56 Pro is the perfect mower to help them get the job done effectively and efficiently.”

The Harrier 56 Pro has a 53cm rear-roller that provides the widest stripe in its class, which will allow Stephen and Graham to not only ensure the classic British striped finish, but to also increase productivity by reducing mowing time. The lawnmower is manufactured from steel for strength and durability and features a two-piece rear roller design, ensuring superb manoeuvrability and avoids any turf marking.

Matthew continued: “The Copped Hall Estate is a lovely place to visit and being so close to our headquarters in Spellbrook, it’s a great feeling to be helping a local organisation and heritage site keep up its appearance.”

Stephen Potts, from the grounds management team at Copped Hall said: “We are incredibly thankful to Matthew and the rest of the team at Hayter for the donation of the Harrier 56 Pro – it’s a brilliant feeling to be able to add such a great piece of machinery to our equipment.

“Matthew delivered the lawnmower and explained its operation to us and was extremely polite and helpful while doing so. It was a real pleasure working with him and we are incredibly grateful for such a generous donation from Hayter.”

Hayter restores vintage Harrier: As part of the 50th anniversary celebrations of the Hayter® Harrier® range of lawnmowers, Darren Hummersone along with members of the Hayter team, worked to restore a vintage 1970’s Harrier model.

Forming part of the yearlong celebration of the Harrier’s golden anniversary, the search began at Hayter to source a vintage Harrier, to be set alongside the current models. The team eventually found a 1970’s model available for purchase online and went about ordering the mower. 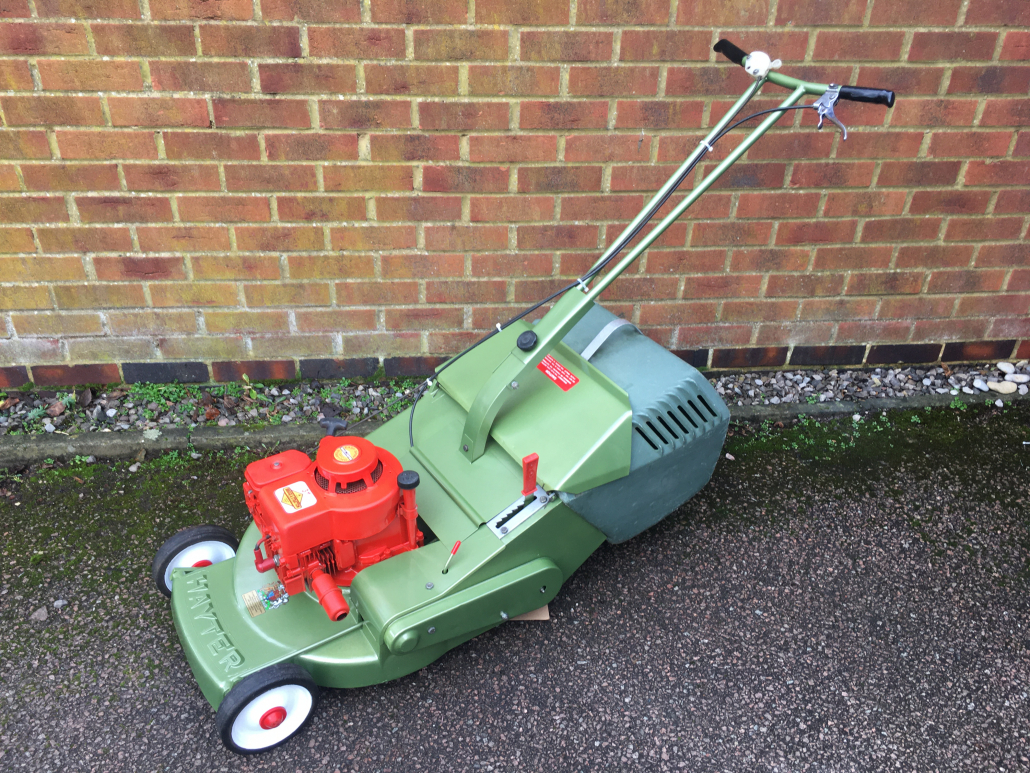 When the team received the Harrier from its previous owner it was in good working order, but work was needed to bring it back to its original appearance – the work was superficial as the mower itself still functioned. Darren Hummersone, Grounds & Golf Product Specialist at Reesink UK Ltd., a distributor for Toro products, was primarily in charge of the mower restoration.

As the red and green colours on the classic Harrier had faded over time, Darren had to colour match the paint, and repaint all of the parts of the mower. This involved disassembling the entire mower, cleaning all of the individual parts, repainting them, and reassembling the mower. Some of the original labels and smaller components also had to be replaced as, due to the age of the machine, not everything had lasted or had been lost over the years. Some parts were also shot blasted in the Hayter factory to enable them to be painted again.

Darren Hummersone said: “It was a real treat working on the 1970’s Harrier and to restore it to its former glory was a privilege. The mower itself worked well when we managed to get hold of it, so the process of restoring it wasn’t too complex – I mainly had to repaint the machine to get it looking as good as it used to.

“The Harrier range of mowers has always been a hugely popular and prestigious product range and one that has always enhanced the British gardening experience. I am really proud to have been able to help with celebrating the Harrier’s 50th anniversary.”