Headland help to level the playing field: The 14 hectares of natural sports surfaces at Dauntsey’s School in Devizes are a tale of two halves. The main playing fields are located on a natural greensand belt, creating an acidic soil profile with a pH level below six.

Meanwhile, the remainder of the site is on a relatively heavy clay loam with pH levels above seven. Trying to level the field is Head Groundsman Dale Gleed who, together with Headland Amenity, has formulated a programme to optimise plant health and unlock the potential for better growth. 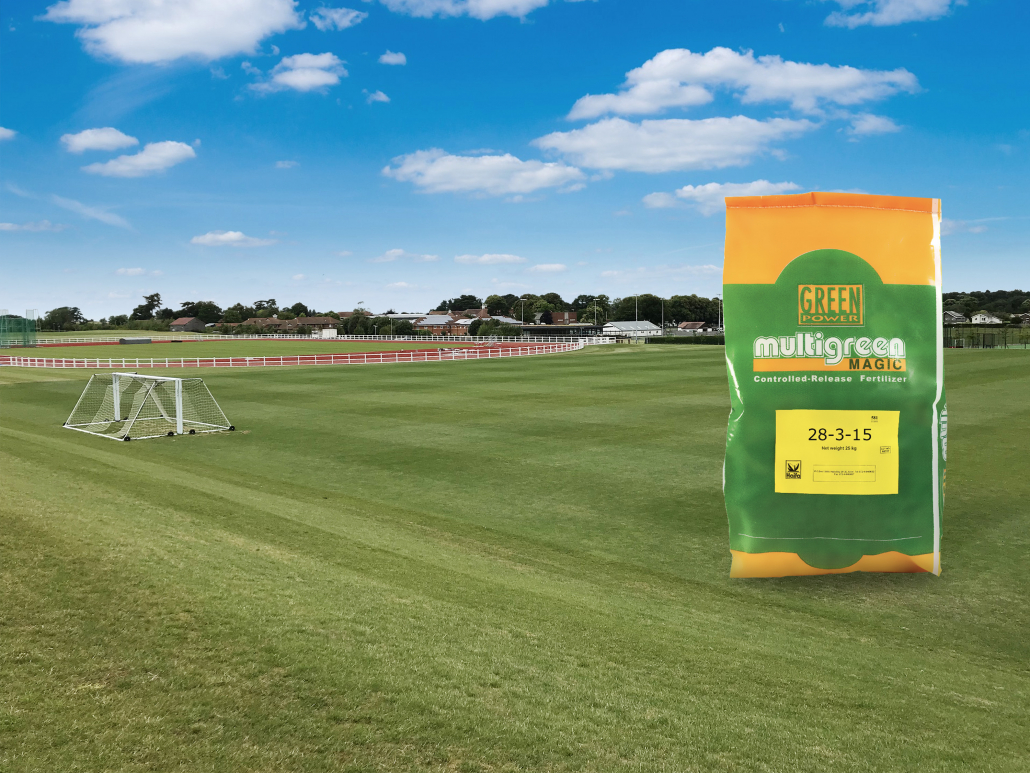 When Dale joined the school in October 2017, it quickly became evident that the sports facilities were formed on two different soil types, but this was further highlighted during the drought of summer 2018. “This illustrated the stark contrast in growing conditions with the greensand side supporting strong, but not sustained, growth and the other areas which were very hard and dry, were virtually dead” he explains. “Adi Masters of Headland Amenity conducted some soil analysis and we constructed a programme around raising pH levels on the greensand areas to better support the establishment and growth of ryegrass.”

Dale has been applying CalciComplex® organic soil amendment twice a year, once in the spring and again in the autumn. Through the inclusion of dolomitic limestone, CalciComplex® can gently raise soil pH and provide additional nutrients in acidic profiles. “We used CalciComplex® on around 4.5 hectares of the turf and with regular testing we have begun to see an incremental increase in the pH level. This, in turn, is unlocking further nutrients in the soil to increase the viability of Ryegrass in the surface which is hugely important to cope with the wear demands of the winter sports they host.”

“On the other areas we’ve been using Multigreen®, either the 15-0-22 or 28-3-15 formulations, again applied in the spring and autumn. The great thing with this is, because it has a ‘temperature-only’ controlled release, we can apply it as early as the February half term and not have to be restricted to tight application windows around school fixtures because that’s when the conditions allow. This has delivered fantastic improvements in the plant strength, sward density and overall appearance of some of the pitches – particularly our cricket outfields.”

Dale concludes, “For other areas of our maintenance programme to work, particularly overseeding, getting the soil profiles right is crucial. It’s unlikely that we’ll ever get the pH levels to balance but with Headland’s support, the right products and regular analysis we know we’re going in the right direction and are beginning to reap the rewards of that.”