MM the key to course improvements: Visitors to the Limagrain UK stand (162), located in the Blue Zone at BTME 2020, can expect a range of market leading products that can significantly improve both the quality and aesthetics of a golf course.

For 2020 there will be two new exciting MM mixtures which will offer turf managers new grass seed solutions for golf and general sports turf. 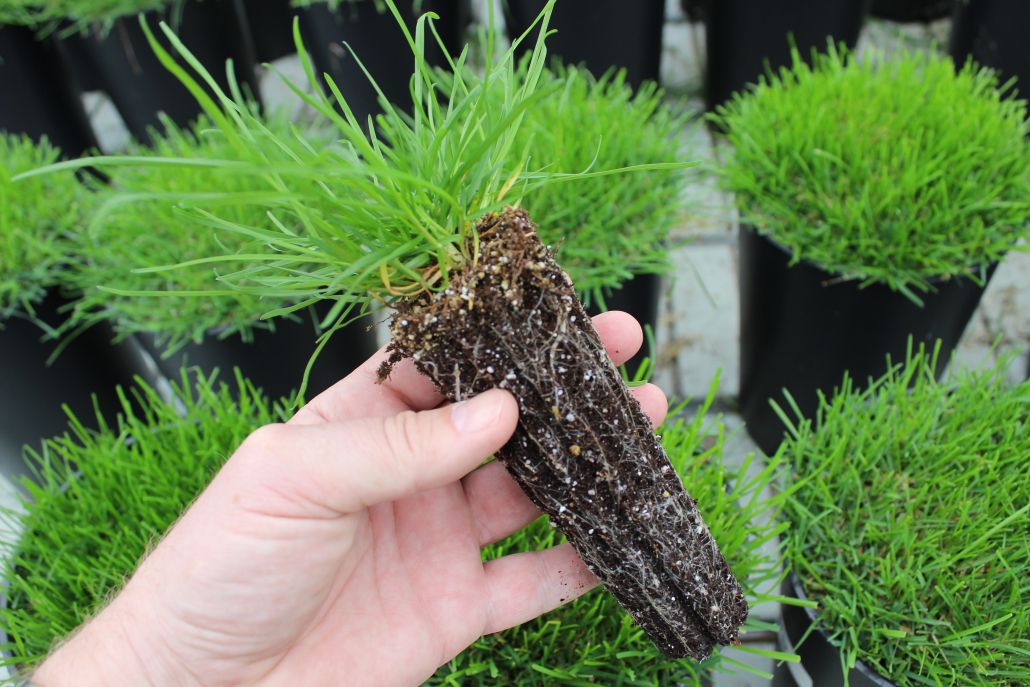 As the demand and pressure placed on the modern-day greenkeeper to produce a consistent playing surface continually grows, seed quality, purity and vigour are the essential ingredients for a first-class golf course and Limagrain’s MM range of seed mixture provides exactly these.

For over 30 years, greenkeepers and course managers have been enjoying the benefits by choosing the MM brand and the high-quality varieties used in MM mixtures. All varieties are thoroughly tested at the Sports Turf Research Institute (STRI) – ensuring that the finished product will meet your requirements for play, appearance and maintenance.

For golf greens MM9 – a three-way Browntop bent mixture continues to be a leading mixture for renovations and species exchange. For links style courses and sustainable golf, MM8 offers a great option – a three-way fescue mix with excellent disease resistance, drought tolerance and minimal fertiliser requirements gives course managers a fine, dense sward. MM8 contains varieties such as Nikky and Aporina which have proved to be successful in coastal conditions.

If you are looking for a mixture ideal for tees and fairways, then the 100% ryegrass MM50 should be considered. It is capable of rapid establishment and fast recovery from divot scarring plus high wear tolerance and has extremely fine appearance

For links style golf where damage and wear are lower, MM12 or MM13, are both well suited to this challenging environment as they are drought tolerant and have low maintenance requirements.

Visitors to the stand can also find out how Limagrain’s Wildflower and Colour Splash mixtures have been benefiting countless golf courses throughout the UK and beyond. The mixtures are ideal for those wanting to bring a splash of colour to their golf course as well as attracting some fantastic wildlife.

With a wide range of mixtures available, both the Wildflower and Colour Splash mixtures are extremely easy to sow and the resulting flowers are vigorous plants which are more than capable of competing with weeds. Their vigour is equally matched by robustness; resisting long periods of drought. They are also fast flowering and cost effective.

Limagrain’s amenity seed specialists will all be on hand at BTME to discuss the products in more detail and will also be available to offer their expertise on any queries you may have.

It is safe to say that Andrew is Wolverhampton Rugby Union Football Club through and through. He has played for the club since he was a child and his own children have followed in his footsteps and currently represent the junior teams. He also runs the bar in the club house and when he is not pulling pints or ordering more stock he is tending to the pitches. 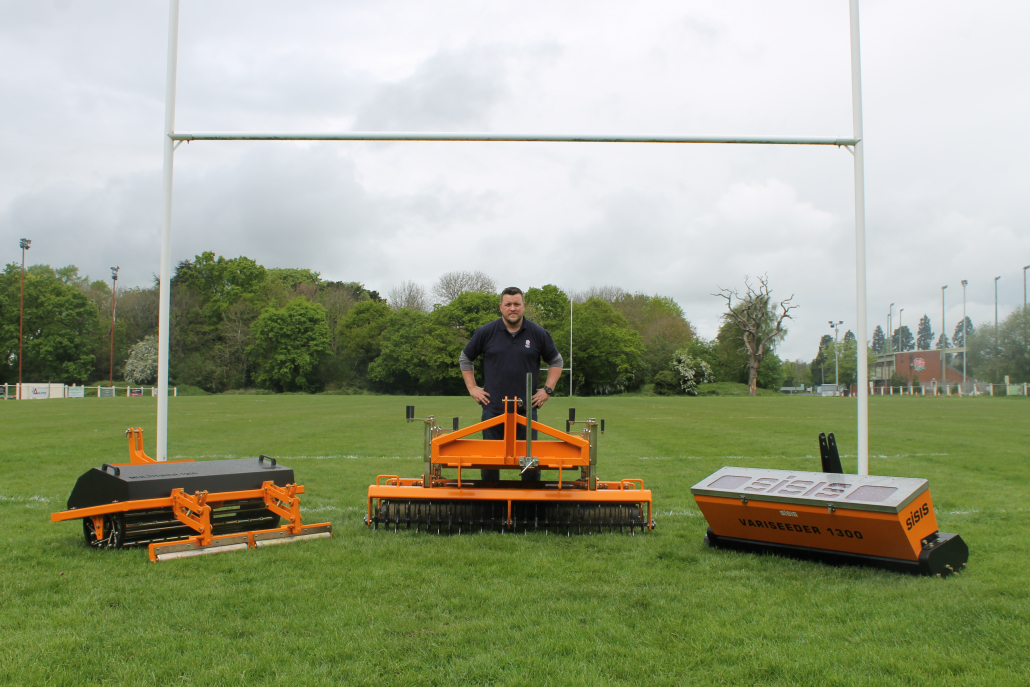 Andrew admits that his role of head groundsman is his greatest responsibility and it is certainly not a role he has taken lightly since his appointment two years ago.

“Quite simply, my aim here is to improve the standard of the pitches and make sure they are as playable as possible,” he said. “In the past we have had to cancel a lot of games because the pitches haven’t been draining very well and we just never used to have the equipment – but now we have.”

One of Andrew’s first tasks as head groundsmen was to sign-up to the RFU’s Groundsmen Connected initiative which is an easy access, two-way communication network between the RFU and rugby union groundsmen. It is the main communication channel for the RFU to provide information and advice to groundsmen and also has special offers and exclusive benefits for members.

Members have a direct communication channel on pitch maintenance issues with Twickenham’s head groundsman Keith Kent, and it was Keith’s advice which prompted Andrew to purchase the SISIS Quadraplay.

“I went to a seminar through the Groundsmen Connected scheme and I saw Keith who stressed the importance of aeration. Keith told me a lot about his thoughts on basic pitch requirements, what he felt was the best approach and also the best equipment to use. He told me that in his opinion he thought that the SISIS Quadraplay was the best way forward for us.”

“It’s a brilliant piece of kit – we’ve got a cutting deck on our tractor which came with the deal that allows us to basically cut the pitch and then we use the Quadraplay to finish off the pitch. It has made a huge difference to our aeration.

“I also really like the roller which is great for presentation. It does everything I need it to do and I’m really pleased with it. I actually think that most rugby clubs could do with a Quadraplay because it would make their pitches a lot better. We haven’t had to cancel any games since we’ve been using it.”

“I’ll be using the Multitiner to spike the pitches and obviously by doing that we will be able to go into the holes with sand. We will then go along the pitches and sweep all that nice sand into the ground and give it a bit more drainage and help to get rid of some of those holes and ditches.”

“The pitches are a bit patchy at the moment and I want to reseed the pitches so I’ll use the Variseeder to make sure we get more seed into the ground. Hopefully with more grass in the ground the pitches will repair a bit quicker and they will be nice and lush in time for the new season.”

“Ultimately, with the SISIS machinery I feel confident that I’ve got some really great equipment in place now which will absolutely improve the pitches.”