KCOM groundsmen sacked after ‘serious breaches of duty’: The SMC says the high-profile media campaign by Darrell Cook and Mark Harrison has forced it to explain the sackings. 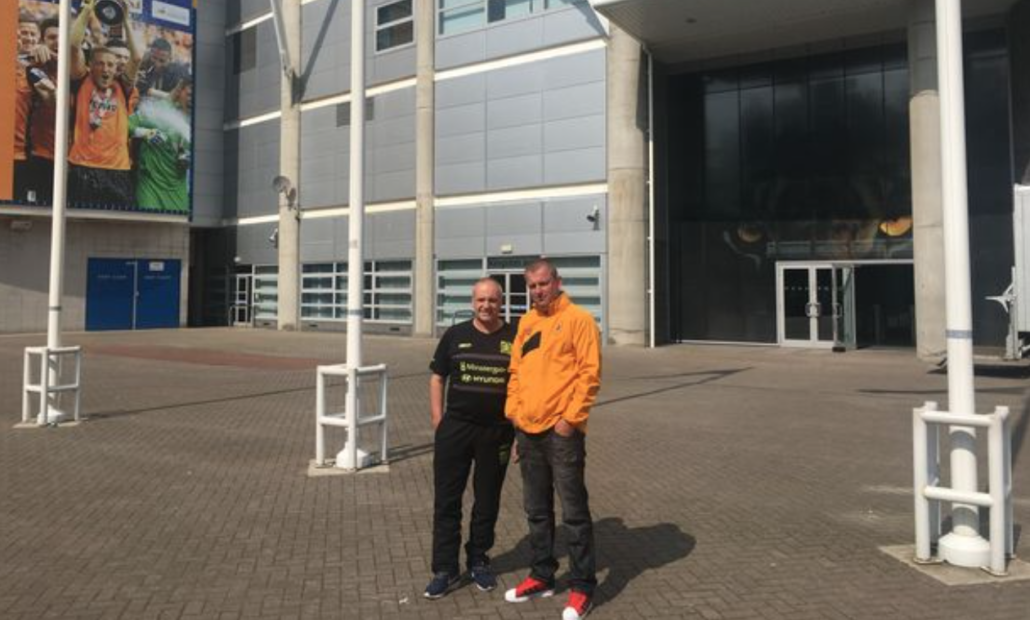 Darrell Cook and Mark Harrison were sacked by the Superstadium Management Company (SMC) in April for gross misconduct amid claims the pitch had been deteriorating.

Both of them insist they did nothing to warrant their dismissal and were never given any prior warnings by SMC.

Darrell Cook and Mark Harrison were sacked by the Superstadium Management Company (SMC) in April for gross misconduct amid claims the pitch had been deteriorating.

Both of them insist they did nothing to warrant their dismissal and were never given any prior warnings by SMC.

But the SMC has now set out exactly why they felt they had no choice but to let the two men go.

In a statement it says: “The SMC writes this statement in response to the publication of the Employment Tribunal Particulars of Claim by Mr Harrison and Mr Cook.

“Due to the factual inaccuracies and the misrepresentations made in the document, the company considered responding immediately although we had a deadline to file a defence to the claims brought and felt that it was not appropriate to make any comment until the defence had been filed.

“Mr Harrison and Mr Cook stated via social media that they would provide ‘regular updates’ throughout the process and have indeed confirmed when the Employment Tribunal Hearing will take place.

“We therefore presumed that when we filed our defence, the two former employees would publish the document in order to provide ‘regular updates’ to their supporters and funders.

“However, having had our defence for approximately six weeks, we have received confirmation from their legal team that they do not intend to publish the document.

“We queried why it had not been published and initially understood that it was due to the fact that they had not received our permission to do so. We therefore gave our express permission to publish the document but despite this we have received confirmation that they will not publish it.”

The SMC says the determined media campaign by the two former groundsmen has forced the company to outline its defence.

The statement says: “Since their dismissal, Mr Harrison and Mr Cook have sought to gather as much media attention as possible and in our view, provided an inaccurate and misleading portrayal of the facts that led to their dismissals. They have appeared on television, radio, social media and they have their own crowdfunding page.

“During this media campaign they have named individual employees who work for the company and made a number of misrepresentations regarding them and their involvement in the process.

“This has caused great distress to a number of individuals, although they took some comfort in the fact that the truth would be shared when we filed our defence. We firmly believe that their decision not to publish our defence is a clear sign that they wish to restrict access to our version of events.

“We therefore feel we have no choice but to publish the defence and vindicate the honest, hardworking employees of the SMC who have been referred to by Mr Harrison and Mr Cook throughout this process.

“We will make no further comments at this stage.”

Mr Harrison and Mr Cook’s campaign has so far raised more than £6,600 and has been backed by Labour leader Jeremy Corbyn, who tweeted messages of support to the pair.

Mr Harrison started working for Hull City as an assistant groundsman in 1988 when he was 16, whereas Mr Cook started his work as a groundsman in 1991 with Hull FC when they were at The Boulevard.

They said: “We’ve been unfairly dismissed with immediate effect from our positions as senior groundsmen with 55 years’ combined service with an exemplary records during which we won awards and at time of financial trouble for both clubs we have worked without pay.

“We gave blood, sweat and tears to forge a reputation as one of the most experienced and longest serving stadium ground staff teams in the country.”

The SMC has also released its grounds of resistance document outlining the reasons for dismissal.

It says the problems began in February when then Hull City boss Marco Silva raised concerns about the state of the pitch after a game against Burnley.

Those concerns continued into March and independent agronomist Charles Henderson, of Professional Sportsturf Design (NW) Ltd, was appointed to obtain a report which found there to be a lack of divoting crews.

In the document, SMC says: “The Claimants had not communicated any concerns about the pitch to (vice chairman) Ehab Allam or to Kevin Hickson, the Respondent’s facilities manager, to whom Mr Harrison reported. On the contrary, Mr Harrison had consistently defended the state of the pitch to Mr Hickson, expressing the view that it was in a good condition.”

Further concerns were raised over Mr Cook’s role as a kitman for Hull FC.

The SMC allowed him to carry out those duties so long as it was done in his own time and did not affect his role.

However, the SMC claims he was seen on CCTV carrying out his Hull FC duties when he should have been working.

In the document SMC says: “In breach of clause 17 of his contract of employment, Darrell Cook ceased carrying out duties for SMC at approximately 13.53 on 17 March 2017 and instead worked as a kit man for Hull FC for several hours, until at least 17.00pm.

“His unlawful conduct was condoned by Mark Harrison, who knew that Mr Cook was in breach of his contract of employment and working as a kit man for Hull FC when he should have been carrying out his duties for SMC.”

Mr Cook insists the Hull FC work was done during lieu time which the SMC disputes.

The SMC also claims Mr Harrison was confused over how many people were in the divoting crews and who they were, saying they were from the same family and received complimentary tickets for their work. SMC also raised concerns about why no divoting crews were available after rugby matches.

The company was also concerned he let Mr Cook carry out Hull FC duties during work time and raised issues with the ordering of supplies.

In conclusion, the SMC says: “Both Claimants had committed serious breaches of their obligations as an employee and the Respondent was entitled to dismiss them summarily in accordance with clause 11.3 of their contracts of employment.”