Kilmanock (Barassie) Golf Club has been hosting Championship events since 1936 so knows a few things about what it takes to create the ideal playing surface. That’s why it’s chosen Toro for another 10 years in an exclusive partnership agreement with Reesink Turfcare. 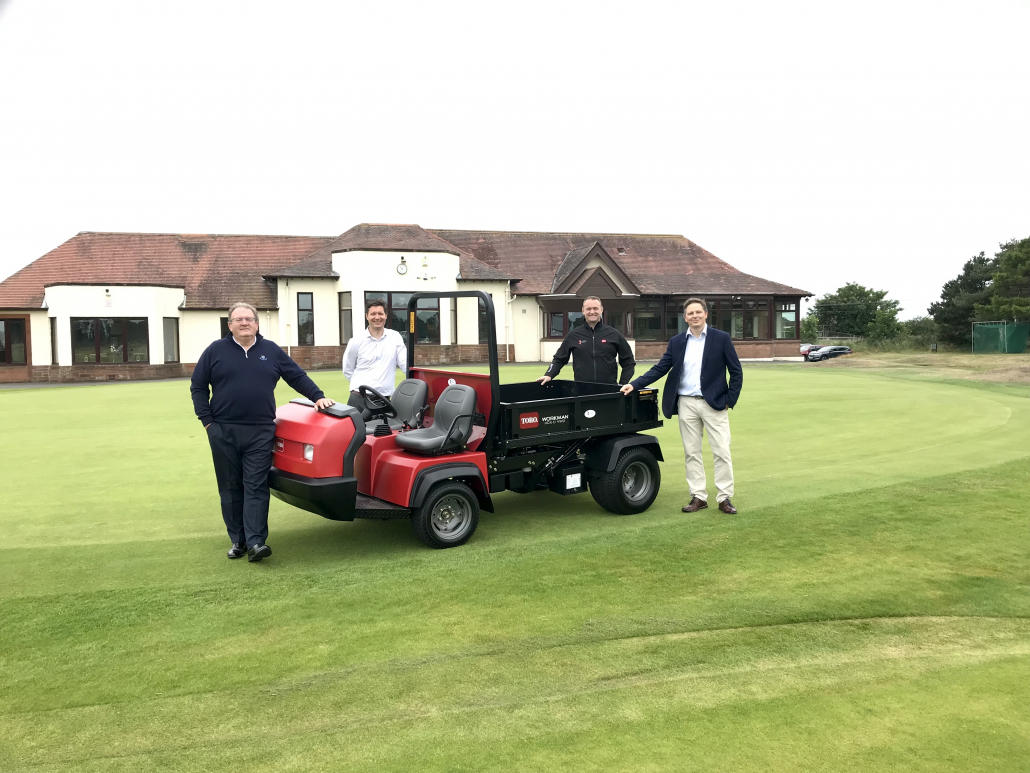 The agreement with distributor Reesink Turfcare will see the whole fleet of machines replaced over two five-year cycles. Course manager Brian Finlayson who has worked at the club for 28 years and manages a team of ten greenkeepers, says Toro has suited the club since the early 1980s: “Barassie has been an all-Toro club for 40 years and the reason for that is it suits our every need. We are a very high-maintenance, championship-standard golf club and reliability and quality from our machinery are essential. Toro has never let us down.”

In the new deal, Kilmarnock Barassie Golf Club will upgrade like-for-like on previous models as it has been doing for decades as well as taking on some new technology in an effort to become more eco-friendly and reduce its carbon footprint with electric and hybrid alternatives such as the Toro Greensmaster eTriFlex 3370 and the Toro Greensmaster TriFlex Hybrid 3420.

The club has hosted many championships since 1936 and Brian takes special pride in the Women’s Amateur Championship, held this year, and the Junior Open Championship hosted in 2006, which he considers the highlights of his career. With tournaments being such a large and important part of the club’s calendar, having back up and support Brian can rely on is vital.

This deal, which also includes TYM tractors, is the club’s first done directly with Reesink Turfcare’s Livingstone branch about which Brian says: “Reesink has looked after us fantastically well and offers us first-class support especially during tournaments. That’s a large part of the club’s life and history hosting these big events and knowing we can get first-class support and back up gives us a lot of peace of mind. I’m hoping by the end of summer Reesink will be doing all our servicing and fleet work. I can’t speak highly enough of Reesink.”

Was there any thought of switching brands or going with another distributor? Brian says: “Never, at any stage did we think about going for another manufacturer. When given the choice to go to another competitor, the staff operating the Toro equipment said hands down they wanted to continue with the brand. Plus, we don’t do full mechanics here and knowing we can count on Reesink makes things a lot easier. We’ve stuck with Toro throughout the years and will continue to do so with Reesink.”

With Barassie and Toro’s relationship reaching half a century by the end of this agreement, it’s certainly a future that looks golden!