Quadraplay Praised At Dudley Kingswinsford RFC: After recommendation from Keith Kent, head groundsman for the RFU, a volunteer groundsman at Dudley Kingswinford Rugby Club in the West Midlands purchased a SISIS Quadraplay, and was full of praise for the single pass maintenance system.

Founded in 1922, Dudley Kingswinford is an English rugby union football club which was originally known as the Bean Football Club. The name Dudley Kingswinford was adopted in 1927 and after playing at several grounds the club moved to its current premises in 1962. The club runs seven senior sides, a ladies team and a full range of junior sides. 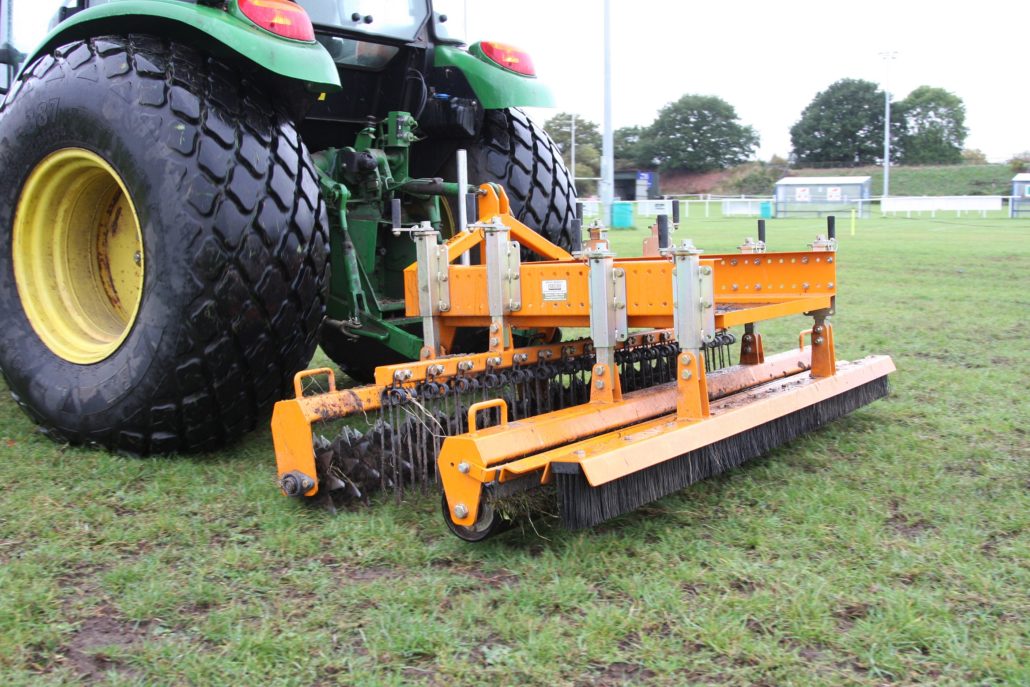 The teams play their games across four full size pitches and four junior sized pitches which are maintained throughout the year by a group of volunteers. Grounds chairman John Griffiths oversees the team of volunteers and explained how the club came to purchase the SISIS Quadraplay.

“We had a visit from Keith Kent through the RFU Groundsmen Connected scheme. He looked round to see what equipment we had and then he identified what he thought we needed. I already had my eye on the Quadraplay, so when Keith also recommended it, along with a grant which also assisted our purchase, it was a win-win.”

At Dudley Kingswinford, John uses the spiker slitter, the straight brush, the spring tine grooming rake and the roller, and believes that each plays a major role in his maintenance procedures. 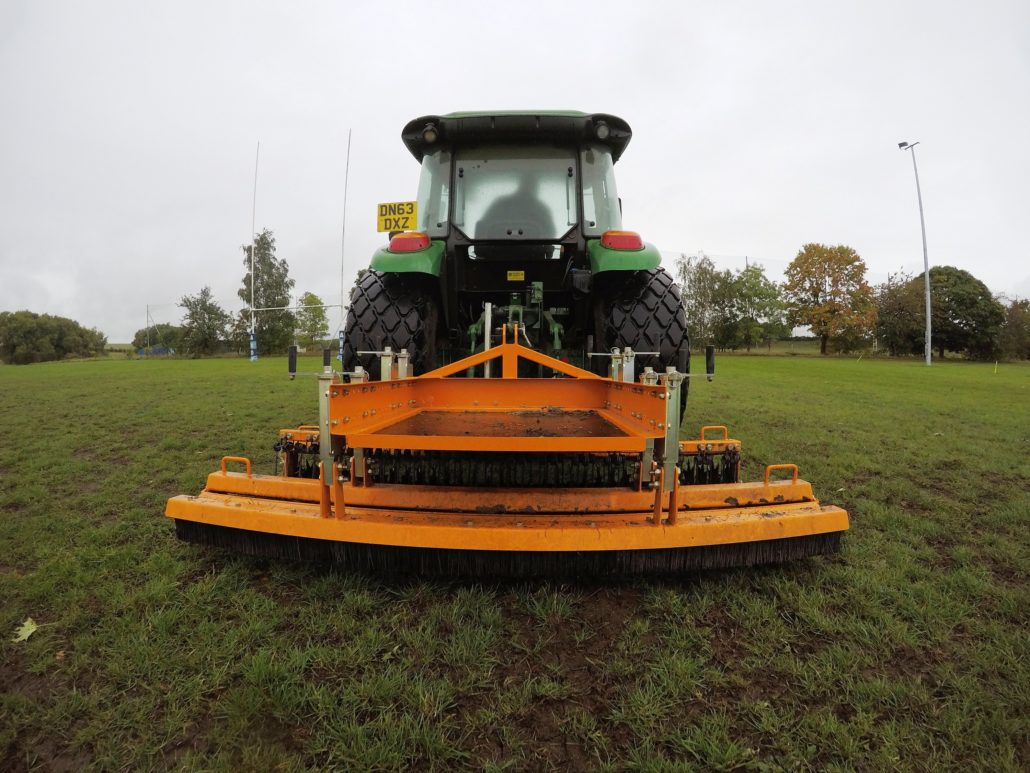 “We use it from October until March quite regularly on all of the pitches and at all times we have the four implements attached. I really like the spring tine rake which is great for standing grasses up to improve presentation and remove thatch; the slitter is a big help in relieving compaction which in turn helps absorb water, air and nutrients into the root zone; we use the straight brush to remove excess dew and then the roller is just what we want to level the bumps out and press the divots back into place. From a presentation point of view, it also give us that all important stripe.

“It even helped us when it snowed last year because we used the Quadraplay to clear the ice off the lines. We simply ran over the ice with the slitter to break it all up and then used the brush to move it off.”