F391 continues Kubota mowing legacy: Kubota has updated its renowned F series front mowers, with the F391 offering a host of new features to further increase its performance and productivity. It joins the F251 introduced earlier in the year, with this duo of tough, powerful ride-on mowers providing the ideal solution for commercial mowing.

Powered by the latest 38hp Kubota Stage V engine, the F391 is designed to give the ultimate in output, operator comfort and practicality, continuing and enhancing the F series’ position as the choice of professionals for parks, open spaces and local authority work. 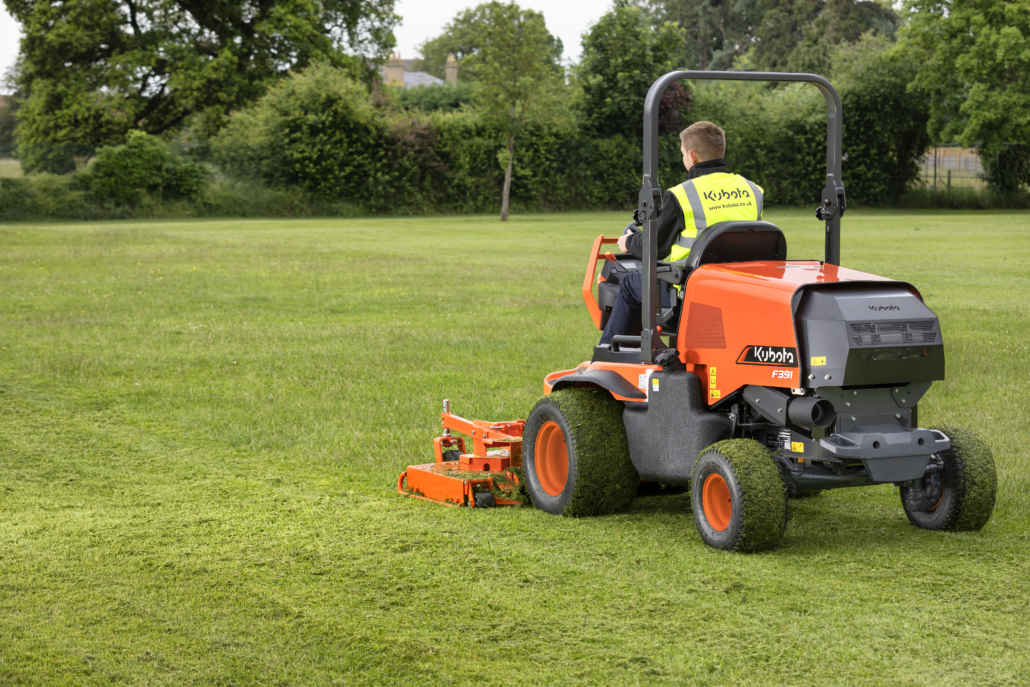 Drive is via a two-range hydrostatic transmission with on-demand four-wheel drive to enhance grip in wet conditions and on sloping land.

The F391 has a lift capacity of 260kg, enabling the choice of 1.51 or 1.82m (60 or 72in) side or rear discharge deck, with optional mulch kit, for outstanding workrates. Mower deck tilt of 90deg makes for easy cleaning and maintenance and is operated via a hydraulic lever with minimal effort. Puncture proof tyres on the deck avoid frustrating downtime in tough conditions.

Deck height is adjustable from 25-129mm simply by slotting a pin at the chosen height on the front caster wheels, for quick adaptation to different tasks and grass surfaces.

With power steering and its out-front deck, the F391 is highly manoeuvrable for mowing around play equipment and street furniture, yet with a travel speed of 19.6kph can cover large areas in the working day.

Operator comfort and convenience has been considered at every stage of the design with a tilting and adjustable steering wheel, ergonomic controls, new bright dashboard for visibility and a folding ROPS, while the large platform offers easy access.  A new one-piece bonnet and removable radiator screen make for easy routine maintenance.

The F391 will be available from Kubota dealers at the end of the year.

Oakmont builds championship legacy: Oakmont Country Club regularly plays host to the best in golf, and to give them the greens they deserve, the famous Pennsylvania club uses the Jacobsen PGM 22” walking greens mower.

Aside from the Augusta National, no other course has hosted more major championships than Oakmont. The course is widely regarded as being tournament ready all year round, and the exceptional quality provided by the club and their greenkeeping team, led by Superintendent David Delsandro, has been rewarded by the USGA. 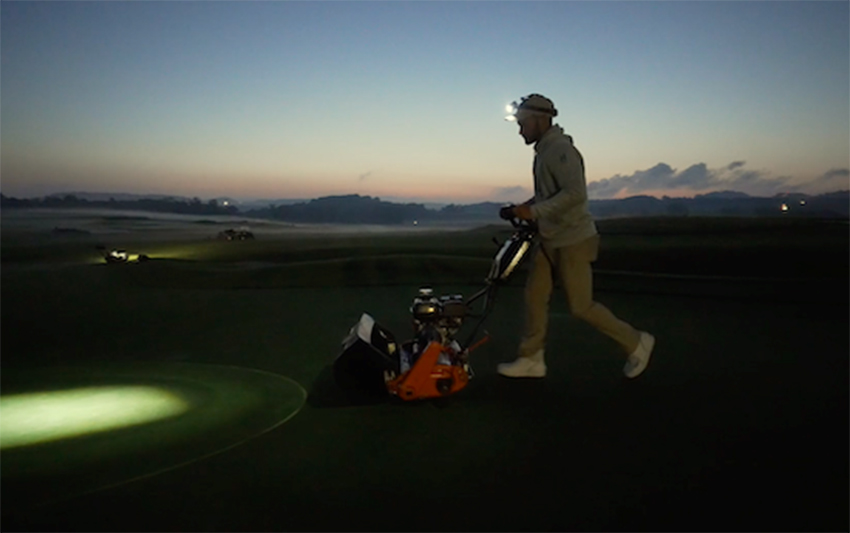 Preparing the course for these events is a 365 day a year task, and when tournament time rolls around, it is about more than just the machines on the ground. David knows the quality of cut he’ll get with the Jacobsen PGM greens mowers, but when the world’s greatest golfers take to the stage, reliability, and support are what he needs.

“Jacobsen plays a large role in our maintenance today, helping us maintain the history that is Oakmont Country Club,” David explains. “Being founded in 1903, Oakmont is known for holding major championships, U.S. Opens, U.S. Amateurs, National Championships: it’s the home of championship golf in the United States.

“We pride ourselves on producing premium playability, seven days a week throughout the golf season, with firm, fast greens. Therefore the greens mower, as fundamental as it is, is the backbone of the success and the playability that we try to put forth every day.

“The club is prepping to host the 2021 U.S. Amateur Championship. It’s a big undertaking for the grounds department and the country club to support the volunteers, the staff, meet the specifications of the USGA, and Jacobsen’s been a great partner with us, with the loan of equipment, their customer support, getting parts, training, working with our equipment technicians, they are always there to support us when we need them the most.

“Jacobsen have been a great partner with us, and the championship support they provided for us, not only for this U.S. Amateur but also championships in the past and future championships, plays an integral role in us being able to host these events and build upon the championship legacy of Oakmont Country Club.”

The 121st U.S. Amateur is the latest in a long line of tournaments hosted by the club. In the past, the seven-day tournament, which features stroke play and match play, has been the springboard for some of the greatest names in golf, including Jack Nicklaus, who won the championship twice, and Tiger Woods, who is the only person to have won three consecutive titles. 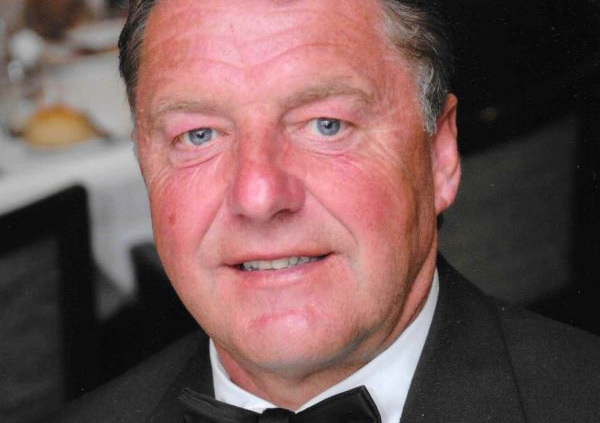 Read the full article from the CW Herald here 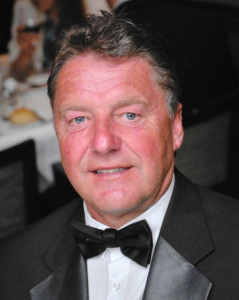 Centenary Fields Legacy: To mark the conclusion of Centenary Fields, the Fields in Trust World War I commemorative programme, communities across the UK will demonstrate their gratitude to the WWI generation with a series of events and activities on these legally protected parks and green spaces. Fields in Trust will reveal the story of one Centenary Field each day in an online interactive map. Staring on 8th August the Centenary Fields legacy programme will run until the anniversary of Armistice Day on 11th November. This campaign is in delivered in partnership with the Royal British Legion’s “Thank You” project highlighting the nation’s gratitude to the generation who served in WWI.

Stories featured will highlight the contribution of individual combatants, those who returned – and many who did not. We will also look at memorials to the fallen, ranging from simple village stone cross to more intricate commemorative sculpture. We will explore how these parks and green spaces served the War effort – for example providing timber for trenches. We will also address the contemporary resonance – communities doing something now to remember the sacrifice of 100 years ago. 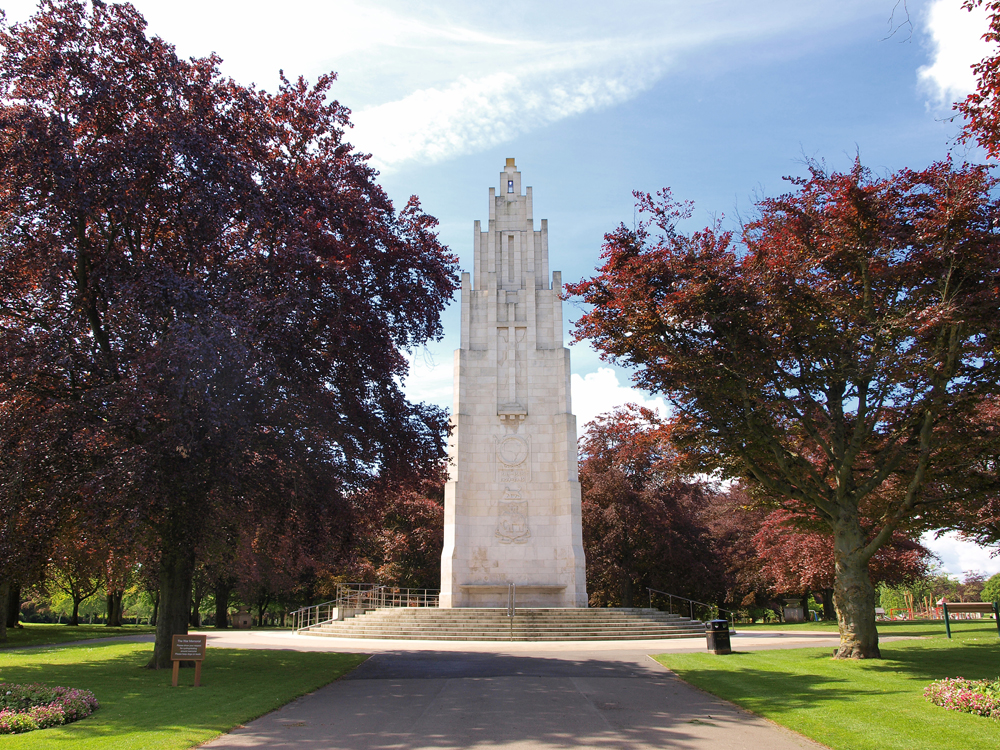 “The Centenary Fields programme aims to save in perpetuity scores of memorial spaces around the country.  Each moment of play or leisure that takes place on a Memorial Field is, in a way, an act of remembrance. I am delighted that Fields in Trust have identified these Centenary Fields as a vital part of our national heritage and well-being, which we cannot take for granted.  I encourage local authorities to support this cause and to safeguard these living spaces of remembrance for generations to come.”

As the programme reaches its conclusion, communities across the UK will be making significant anniversaries with events at parks and green spaces to say thank you to the WWI generation, Whilst online, a Centenary Field will be revealed on our website map each day at 11 am, (see www.fieldsintrust.org/centenary-fields-legacy). The stories of each of the sites, and those individuals commemorated there, will be shared in local press coverage and social media as the green spaces around the UK are revealed.

Fields in Trust’s Centenary Fields programme legally protects parks and green spaces in perpetuity. The Centenary Fields legacy project honours the memory of the World War I servicemen and also those – military and civilian – who played their part on the home front to build a better life for the benefit of generations to come.

Centenary Fields protected as part of the programme include war memorials, parks and recreation grounds, memorial gardens, playing fields or other green spaces with a significant World War I link. The Centenary Fields legacy project contributes to the Royal British Legion’s Thank You movement. These important spaces form a vital part of local heritage and play a key role in making the First World War relevant to today’s generation – fully embracing the spirit of this centenary year.

“Congratulations to the parks and green spaces selected as part of our Centenary Fields legacy project. These sites will be included forever in our national programme to commemorate the centenary of World War I. Dedicating these spaces not only commemorates the sacrifices of those who gave their lives during the conflict but also ensures that future generations have valuable places to enjoy as a living legacy.”

The Fields in Trust Centenary Fields programme publicly demonstrates our gratitude to the World War I generation in a unique way. Protecting parks and green spaces means local communities will always have somewhere for play, sport – or a quiet moment of reflection.