The 18-hole, 5,904-yard, course provides outstanding views over the Ribble Valley, Forest of Bowland and the Fylde coast, and, is maintained to an exceptional standard by Course Manager, Andrew Read, and his four staff. 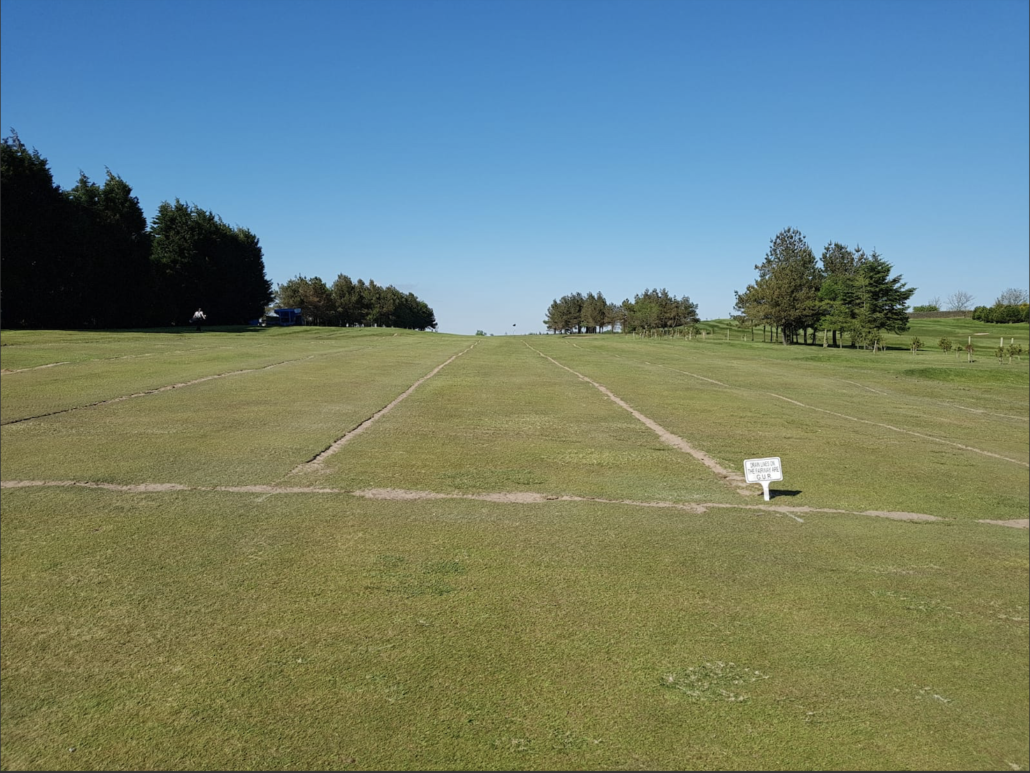 During his 18-years at the club, Andrew had to contend with moisture retention on the third and ninth fairways. Recently, this had caused the third fairway to become near unplayable and action was taken to bring it, and the ninth and eleventh fairways, back in line with the rest of the course.

Duncan Ross was picked to rectify the drainage issue based on Andrews requirement to find a contractor capable of delivering a high quality and tidy project.

He said: “It is the first time that Duncan has worked on our course. I know of the company’s reputation through word of mouth from other greenkeepers and going on Twitter and seeing the videos and work they have done recently, so it’s the overall reputation and recommendations which swayed it for me.

“The third fairway this time last year was horrible. It was black in places, you could hardly walk on it, so if you can’t walk on it you can’t really play golf on it.

“We had more problems when it came to cutting because it would make a mess. In the autumn it never dried up, so I had a meeting with our greens chairman and explained that we needed drainage work done, and they went to the council and funds were made available.

“We then got Duncan on site and he looked at the third, ninth and eleventh fairways and came back with a plan. I had drawn some plans up and Duncan looked at those and decided what the best way to achieve it was, and he’s got the experience, so we were happy to go with what he recommended.

“Going into September we’ve had over 160mm of rain and the drains have started working well. We’ve checked the outlets and there is loads of water coming out of them, so it’s been a sound long-term investment.

“The third fairway and the ninth, which is a short fairway, are now playable. I checked the outlets on the ninth recently and they were running well, and the fairway is dry.

“Golf is a 12-months a year sport now, in the past getting into September and October people started putting their clubs away but now they want to play all year round. The ninth used to get churned up because we’d need to have buggies on for people that couldn’t walk around the course, so we did the ninth because it was wet but also to make it more playable and get the buggies going on there.”

Whilst the main objective of the drainage installation was achieved on the third, ninth and eleventh fairway, Andrew and the club’s members were also impressed with the clean and diligent nature the Duncan Ross team carried out the project.

Because the course had to be allowed time to dry out from the wet winter, work began during May for two weeks when the course was in use. This meant work needed to be flexible and accommodate competitions the course was hosting, requiring the work to be done in a clean and tidy way, something the company is renowned for doing.

“The men worked around us, if we had a competition on then they would move onto another fairway, so the only disruption was the drainage lines that were left afterwards but they were nice and tidy, and the golfers were really impressed with the work and how tidy everything was,” Andrew explained.

“The golfers are happy and we’re happy because we didn’t have to spend time clearing up after the work, we were able to concentrate on looking after the rest of the course instead.

“The club members and the council will look at it and be happy to use them again because the site was always left in a tidy condition.”