This, one of the most powerful and catastrophic Atlantic Ocean hurricanes recorded, has claimed many lives, destroyed homes, schools and hospitals, and has accounted for mass evacuation in the face of life threatening wind impact.  Just days later, Hurricane Maria followed the same path of destruction.   Flying initially to Barbados, then directly on to mountainous Dominica, 90% destroyed, the DART team began a two-week mission to aid the relief campaign so urgently needed, with a second team following a fortnight later. 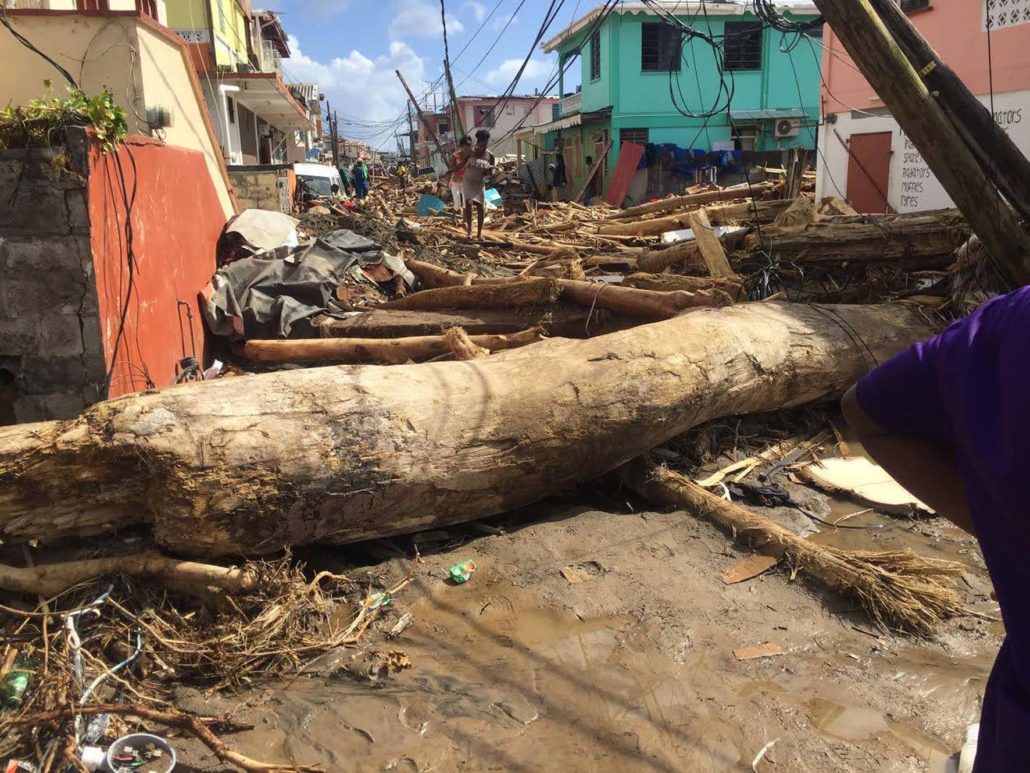 “Getting to the scene promptly is essential to assist with the clearing of fallen trees on roads and the repair of other vital infrastructure.  This is an immediate priority which allows rescue organisations and aid agencies to operate more safely and effectively,” says Jenny Long, a volunteer and wife of a DART member.

“Local community leaders and volunteers really value the service our teams deliver, but more importantly they’ve demonstrated an appetite for learning the skills themselves.  From previous deployments we learned that by delivering training and donating essential items such as chainsaws, timber milling equipment and personal protective equipment we could help rebuild livelihoods and make some of the most vulnerable communities in the world more resilient to future disasters.  The situation in the Caribbean is exactly what we are trained to deal with.”

DART responders are all professionally qualified and experienced arborists who also bring a wealth of additional skills. Volunteers include paramedics, trainers, engineers and former military personnel offering skills that are very relevant to the complex challenges of helping communities to recover from a natural disaster.

Makita UK, a main sponsor of the charity, says: “DART personnel are fully equipped with Makita chainsaws that are robust enough to cope with the challenges they have to face during these critical times and wherever they are assisting in the world.”

Before DART return to the UK they will carry out a 4-day programme of chainsaw and clearance training for 18 members of the Dominican Fire Department using equipment donated by sponsors Makita UK and PPE by Fletcher Stewart Stein.  Makita UK has agreed to DART’s request to donate the chainsaws to the local community when they leave Dominica.

BBC’s The One Show, who sent a production crew to travel to Dominica with the second DART deployment, will be airing a series of reports featuring the charity’s work on the island during next week’s programmes.