A Mezmerising pitch thanks to Mansfield Sand: Mansfield Town FC Head Groundsman Michael Merriman, known to most in the industry as Mez, has revealed how products from Mansfield Sand have signalled a ‘massive improvement’ to the pitch at the One Call Stadium.

Mez might be a Liverpool fan but there is no team closer to his heart than Mansfield Town FC after working at the club for an incredible 24 years. It all started after seeing a job advert for the role of a trainee community football coach for Mansfield Town. From there he moved into the role of an assistant groundsman but also adopted the duties of kitman and a self-proclaimed ‘bath filler’. His hard work and dedication to the club paid off in 2004 when he was promoted to the role of Head Groundsman. 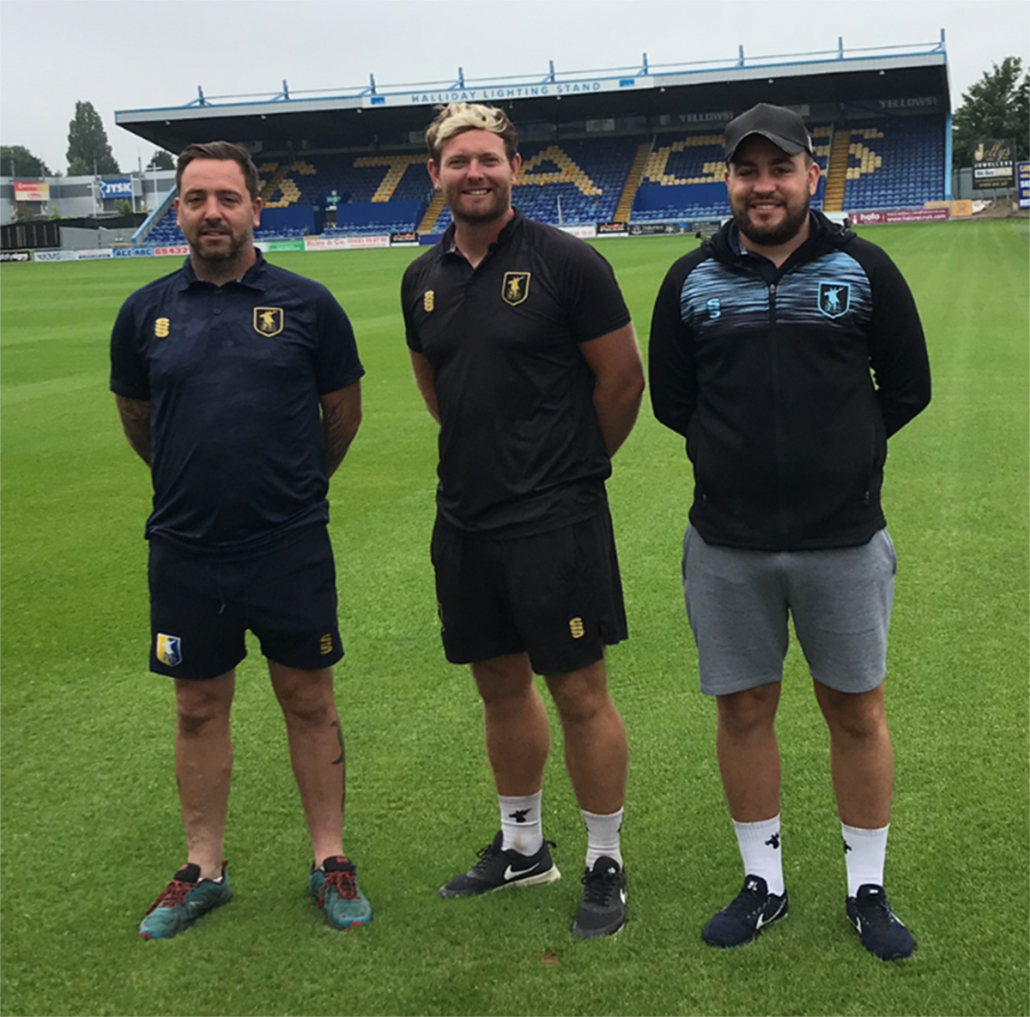 He now oversees the stadium and the training ground and manages a grounds team which is very much a family affair – his two assistants are his son Scott and Lewis Sprigg – who is the son of previous Head Groundsman Rob Sprigg.

It’s safe to say that Mez has become a part of the club’s fabric who has endured and enjoyed both difficult and prosperous times in the club’s recent history. It was perhaps during the more difficult times that he was particularly grateful of the help he received from Mansfield Sand.

“We’ve been working with Mansfield Sand for the entire time I have been at the club,” he said. “Before the new chairman came in, we had some hard times when we didn’t have any money and Mansfield Sand really showed their support for us. It is things like that which will never be forgotten, and I’d like to say a huge thank you.”

Support aside, there is a reason why the club has been relying on products from Mansfield Sand for so long, and Mez explained how they have been just so beneficial.

“We’ve been using MM40 (predominantly used in the construction and maintenance of a wide range of sports surfaces) for as long as I have been here,” he said. “We used to use it every year during the May renovation and even when we weren’t able to turn the pitch over due to lack of funding, we would still put about 50 tonnes of the MM40 over the top, followed by a verti-drain to get a bit of drainage in the pitch.

“We’ll also very often follow up with a light coating of the MM40 in October – just to get us through winter; and I would say that over the past couple of years we have applied about 200 tonnes, if not more, of MM40 at the training ground.”

In 2017, Mez used a pure sand and polypropylene fibre reinforcement product that is particularly advantageous when grass cover has been reduced due to heavy usage and wear during the winter period. It is incorporated into an upper sand soil rootzone and consolidated to provide a stable divot-free environment. 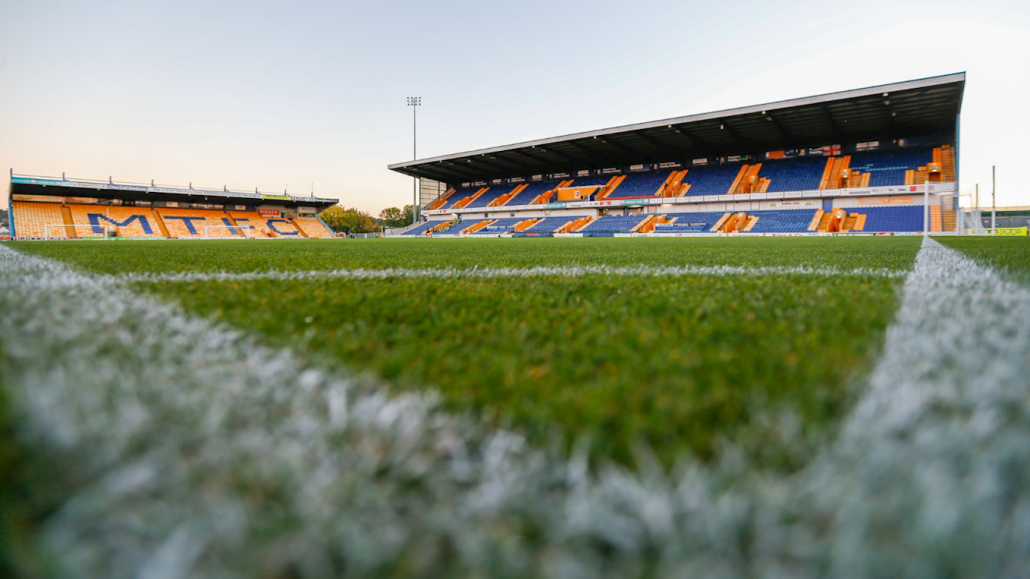 “We applied 300 tonnes of the Fibresand mixed to a depth of 100mm and it transformed the way the pitch played,” he said. “It has signalled a massive improvement; we no longer get the sloppy surface and providing you do your renovations and prepare your pitch in the correct way then you won’t have a better surface. Fibresand is a great product, and I would recommend it to everybody.”

In further praise of Mansfield Sand, Mez commended the customer service he receives.

“I work with Sharon Morris from Mansfield Sand who is an absolute diamond,” he said.

“There have often been times when I have put orders on her late and she always pulls it out the bag for me. With Mansfield Sand it is not just a case of providing you with products and then off they go. Sharon will come in and take samples, makes sure it is at the right depth and ensure that the contractors applying it are doing a good job. The delivery drivers are also extremely helpful and courteous.

“It is a great service all round.”