The award is presented by the Groundsman Association Denmark (GAD) and is given to the student that finishes the Danish Groundsmen’s school with the highest grade in the final exam. In the event of two students getting the same grade, the decision is made based on the overall highest grade. 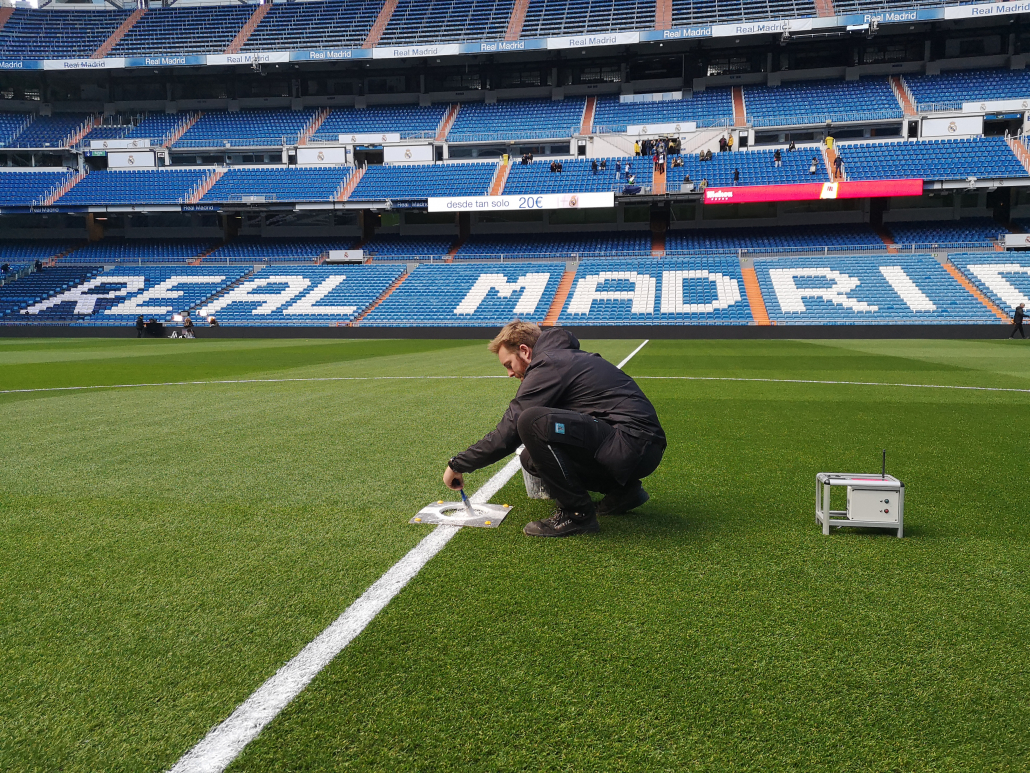 Miki works for Skive IK, who are into their second season in the Danish First Division after topping the Second Division and winning promotion in 2018/19. The 26-year-old has worked for the Jutland based club since April 2016 and works alongside three others at the 10,000 capacity Skive Stadium.

As well as winning the title of Student of the Year, Miki was also given the opportunity to travel to Spain and spend a week working Paul Burgess and his staff at Real Madrid CF. Miki has since spent a week in Madrid, and the experience has been one that will stay with him for the rest of his career.

“I almost didn’t believe it at first,” Miki began. “I was so happy and super excited, I’ve never won anything before, so to win the award and be given the opportunity to work with Real Madrid was huge for me.

“It was simply amazing; it was the experience of a lifetime. Paul Burgess and his staff are all very talented, and I feel that I learnt a lot from them. I’m very thankful for the experience because I’ve seen how beautiful our line of work can be.”

GAD was founded in December 2011 and aims to bring those interested in maintaining football fields and similar areas together. In doing this, they hope to use education, professional networking and educational tours abroad to strengthen the professional environment for groundsmen.

This has already included a visit to England in 2019 organised by GAD and Campey Turf Care where thirty-eight groundsman from Denmark and Spain visited leading venues such as Arsenal’s London Colney training centre, Liverpool Football Club, Stoke City Football Club, Tottenham Hotspur’s Enfield Training Ground and the brand-new Tottenham Hotspur Stadium where head of playing surfaces and estates, Darren Baldwin, gave up his time to give the group a tour of the stunning new facility and answer questions from the groundsmen.