The Arthur Miller Stadium is home to Stanningley Sports & Rugby Club and is used as a training base for the Leeds Rhinos first-team. It also plays host to Rhinos’ Academy teams from under 6’s up to under 19’s. 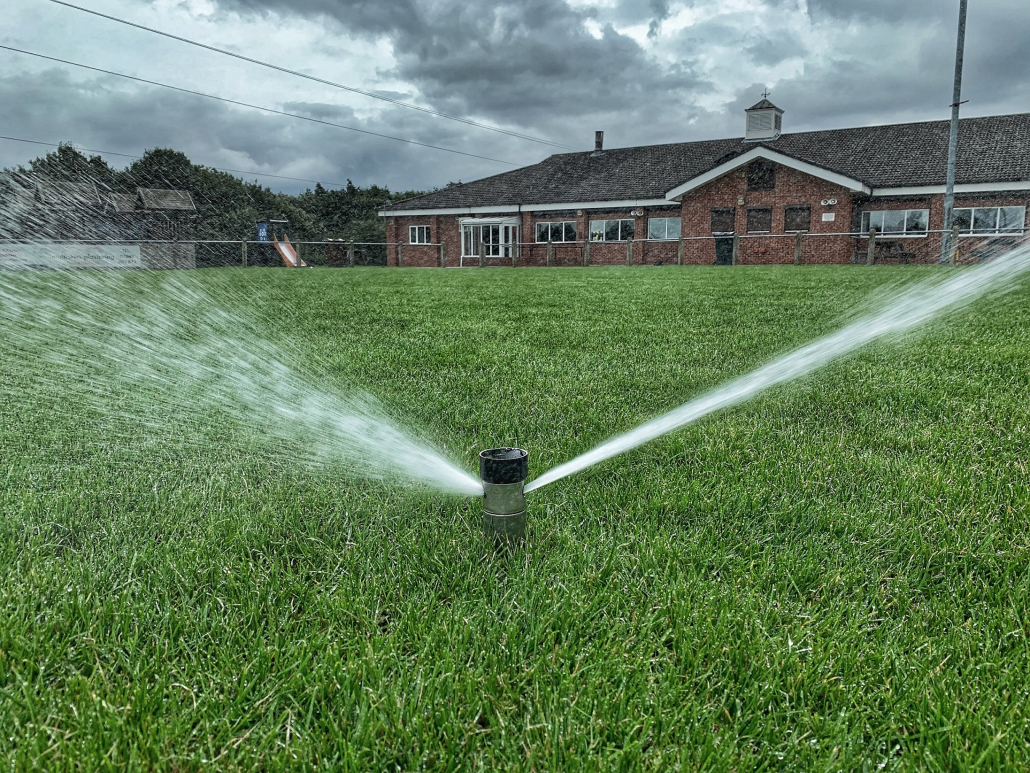 Overseeing the maintenance of the full-sized pitch and three smaller pitches is Daniel Connor, who says that the playing surfaces have significantly improved since the new irrigation system was installed.

“We used to connect our old system up to the mains and used to do four runs which took six hours just to get a bit of water on the pitch,” said Daniel. “In the heat of the summer you just could never get enough water on it no matter how hard you tried with the old irrigation system. The pitch literally used to dry out in hot weather and from May until July it used to turn into a dust bowl. It was rock solid to play on and we lost grass coverage straight down the middle.”

“I looked around to see what was on the market and I also got a number of quotes,” continued Daniel. “We had a lot of options but we were most impressed with KAR UK who came to visit us. They came across incredibly professional and knowledgeable and we concluded that the Hunter System from KAR UK was our preferred choice.”

As a result, KAR UK – the UK and Ireland distributor of Hunter Industries irrigation equipment, supplied a variety of G885 and I-40 rotary sprinklers, PGV valves, an ACC2 controller with Wi-Fi and a Roam remote.

The I-40 is a tough commercial rotor that delivers water with accuracy and efficiency at distances up to 23.2 m. Featuring diverse three-port nozzle options, a non-strippable drive, and a thick rubber cover built to prevent injury; it’s no wonder this rotor is found in more stadiums than any other in the world. With the strength of stainless steel, the I-40 is built to last in the harshest sports, public park, and commercial environments.

Working in harmony with the I-40’s, the G885 rotary sprinklers boast one of the highest torque outputs on the market and its patented gear drive will push through anything that gets in its way. With such a powerful core, an array of efficient nozzles, and true full circle and part circle capabilities, the G885 is relied on by turf managers throughout the globe. Throw in the convenient serviceability of Total Top Service (TTS) and Decoder-In Head (DIH) technology, and you don’t just have the most powerful choice in rotors, you’ve got the most intelligent choice as well. 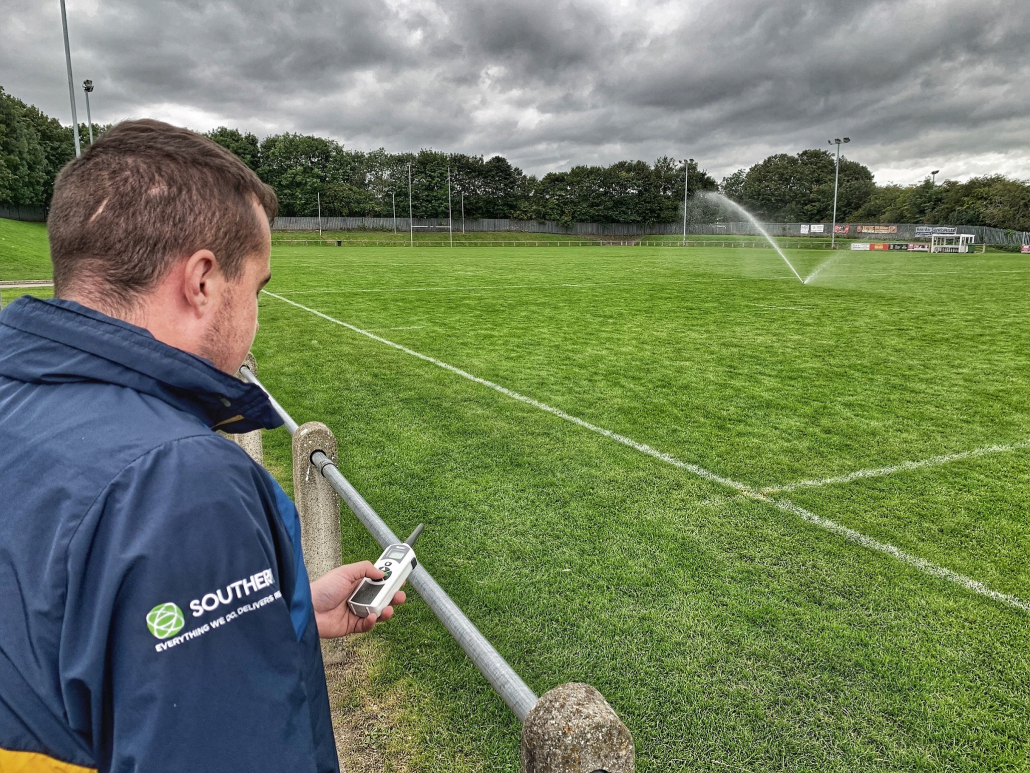 Daniel also benefits from the use of the ACC2 controller which is ideal for delivering advanced water management to meet the demands of large-scale commercial projects and the Roam remote – which eliminates the need to go back and forth to the sprinkler controller.

“Since we have had the new system installed the difference in the pitch has been phenomenal,” he said. “It has also made my life so much easier. The controls are incredibly effective and simple to use and we can now water at night which has been a huge benefit. From a maintenance point of view, it is very straight forward. It’s a simple screw and you can get right into the head without having to dig them out.

“It really does offer top performance. The rotors go 360°, head-to-head and we can now get water onto the middle of the pitch – which is something we previously struggled with.

“Ultimately, I’m over the moon with the system. We’ve been able to maintain grass coverage and we have a consistently good playing surface.”

Hunter Industries is distributed in the UK by KAR UK. For more information, please visit www.karuk.com or www.hunterindustries.com.