After almost 60 years at Perranporth Golf Club, on the North coast of Cornwall, the club he joined straight from school, Bill leaves behind a legacy that has helped shape the industry. 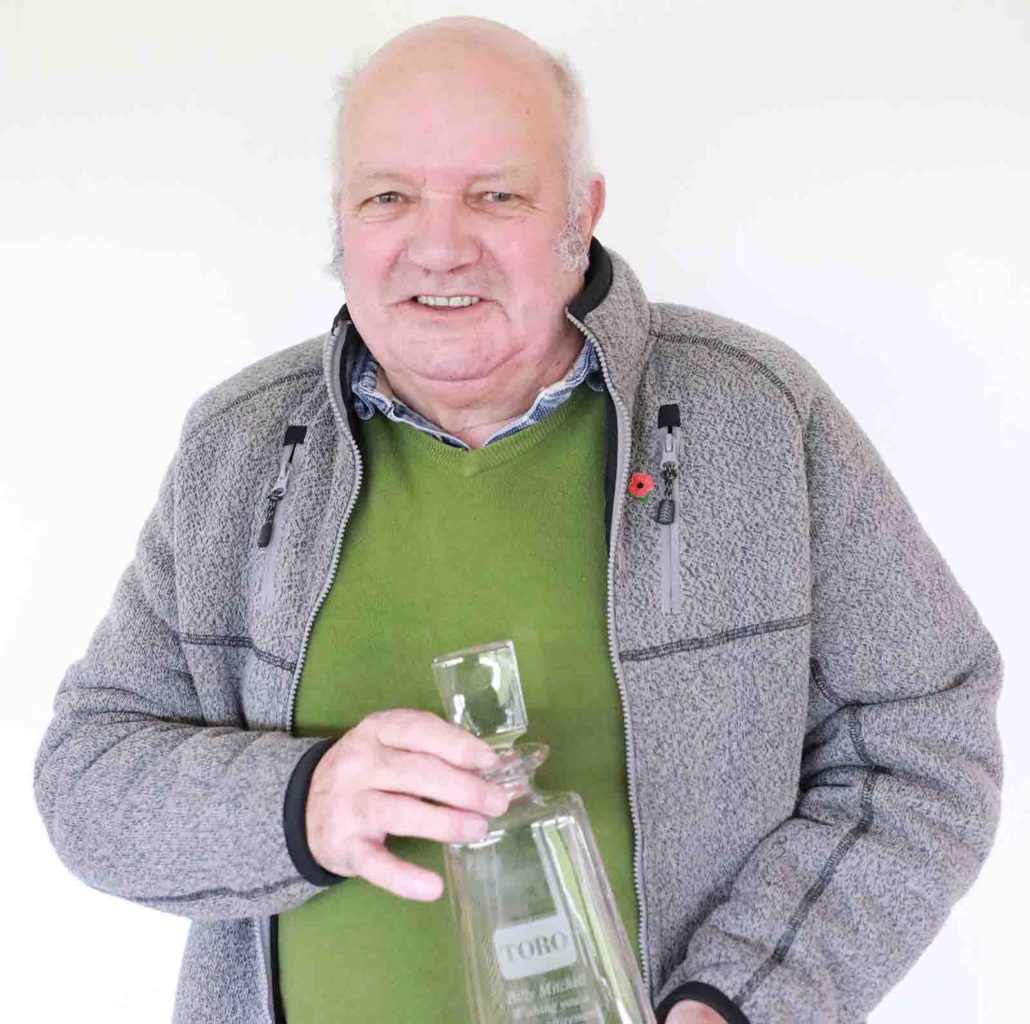 Over the years, Bill has quietly and diligently cared for the links course of Perranporth, favouring a traditional approach to links greenkeeping and bringing genuine long-term sustainability to the club’s core.

Bill proved over his career that it’s possible to stick to what you believe in – despite the fact that it goes against the industry norm – and achieve commercial success. He created and maintained fast and smooth surfaces high in fine fescues and kept low in disease-risk on a links course. It was, he says, his greatest achievement.

“The fact that I proved it’s possible to maintain a natural links course is my biggest achievement, and the thing I am most proud of,” he says. “I hope I showed the next generation that sustainable, natural links greenkeeping is not only possible but viable, that I took the difficulty out of it and perhaps inspired them to try it should they ever be in the privileged position of working on a links course.”

A long-term Toro fan, Bill believes it’s quality rather than quantity that applies to all aspects of greenkeeping: “It’s possible to get results with dedication, vision and hard work, just as much as it’s possible from big budgets or greenkeeping teams. As soon as it was no longer possible to support all British in my machinery choices, it was Toro I turned to. They’re the finest products and treat the ground with respect.”

John Pike from Reesink Turfcare presented Bill with a decanter from the company in recognition of his career, he says: “Bill is an unofficial ambassador for the industry. Approaching 60 years at one club is almost unheard of and he certainly made his mark on the course at Perranporth! Actually, I think it’s fair to say he made a mark on everyone he’s worked with, myself included. We wish him well for the future, I don’t say it lightly when I say he will be much missed.”

Throughout his career, Bill’s been involved in the education of the industry, he helped set up the Duchy College training programme and was heavily involved with the assessing and training of attendees, and always placed the utmost importance on the education of his apprentices. In addition, Bill enjoyed time on the Open Support teams throughout the years, helping prepare the courses and assisting with the smooth running of the world-famous tournament.

Bill has also been a key member of the British and International Golf Greenkeepers Association (BIGGA) Devon and Cornwall section since its inception over 40 years ago. In fact, so instrumental was his work for the organisation that he was given life membership in recognition of it.

It is therefore, with pleasure, that we can confirm Bill will continue with his advisory and education work for the foreseeable future.