Can The MLS Be World-Class On 3G?: Reliably unconventional, Zlatan Ibrahimovic spurned a $100m offer from China in order to take a $1.5m-per-year offer from the Los Angeles Galaxy, according to Sports Illustrated. But will the striker be eccentric enough to turn up for an away game against the New England Revolution?

After his matchwinning debut in last Saturday’s Los Angeles derby – the most deranged 90 minutes in MLS history – everyone wants to see the Swede play.
Still, the 36-year-old has recently returned from a serious knee injury, so Ibrahimovic and the Galaxy’s coaching staff will have judgment calls to make later in the season as the league’s most famous name tries to stay healthy. The Galaxy have four MLS fixtures on artificial turf scheduled between June and October (though Ibrahimovic may yet  play at this summer’s World Cup). Fearing injury, some veteran stars have skipped games on artificial surfaces over the years, dealing blows to MLS’s reputation. 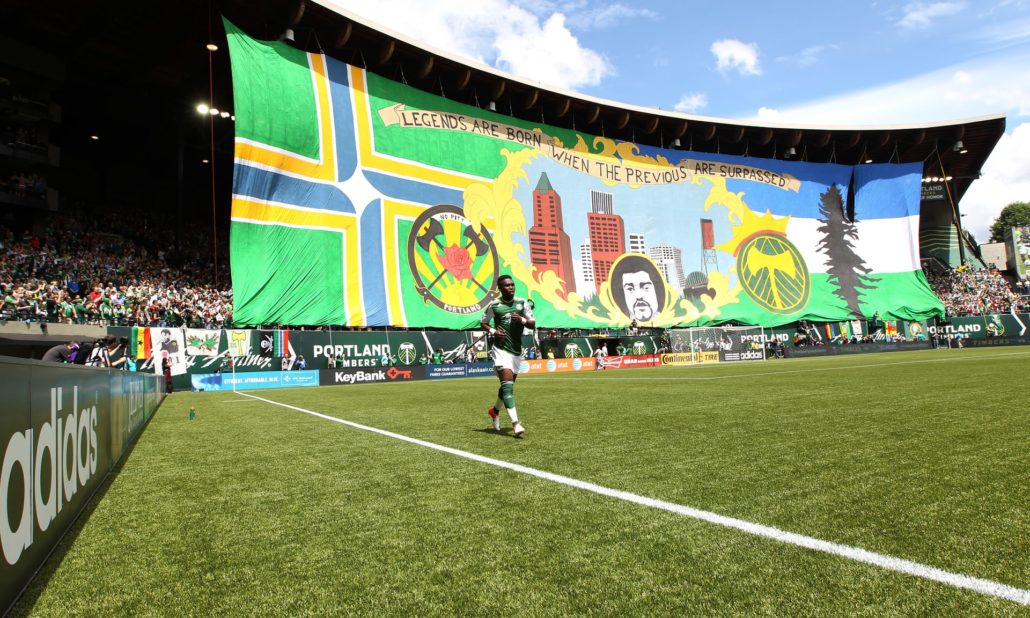 The only time Thierry Henry played on the widely-reviled artificial turf of Gillette Stadium, the home of the Revolution, was a play-off game in 2014 that turned out to be the last match of his career. Didier Drogba also sought to avoid fake grass. David Beckham, usually so emollient in interviews, was an anti-turf absolutist: “Every game, every team should have grass, without a doubt,” he told reporters in 2007.

We wait to see whether a man who once slammed France merely because he thought a referee had a bad game will have any thoughts to share on a subject that tends to provoke strong emotions.

The league added to its synthetic collection last year when Atlanta and Minnesota  – who face off last Saturday – joined Vancouver, Seattle, Portland and New England. (Minnesota’s permanent home, set to open next year, will have grass).

This clearly matters to the players. An ESPN anonymous survey of current MLS members published last month asked whether an artificial surface would influence a player’s decision to join a team: 63% said yes. Perhaps not unrelated, another question asked them to name the toughest place to play in MLS and four of the top eight answers were teams with artificial turf.

Turf wars are commonplace in North America. Earlier this month the cost of laying temporary grass at BC Place was reportedly among the factors that caused Vancouver to withdraw from contention as a host city for the 2026 World Cup bid, while the use of artificial fields at the 2015 Women’s World Cup in Canada was the subject of failed legal action.

True or not, artificial fields are perceived to increase injury risk and enhance home advantage in a league in which road results are notoriously poor. They are freighted with memories of the North American Soccer League’s dire surfaces, and away from Portland, where complex factors influence the choice, are a sign of MLS’s subservience to American football in shared venues.

Pitch variations invite us to define what counts as “authentic”: a perennial concern for MLS, which is adolescent and distinctive yet obsessed with tradition and how it stacks up against more established leagues. In a quest for instant credibility, newborn franchises such as Atlanta and Minnesota drape themselves in Anglicized affectations such as “United” and “Football Club”. The branding glances towards England where, as the Premier League’s rules tersely state: “No League Match shall be played on an Artificial Surface”. It’s an homage to the kind of Euro superclubs who insist on temporary grass pitches being installed over artificial surfaces when they visit the US on summer tours.

Like shoppers at an urban farmers market, fans instinctively prefer organic to genetically-modified ingredients. Still, turf versus grass is habitually presented as a binary opposition when the reality is more nuanced. Enhanced hybrid surfaces where artificial fibres act to strengthen the natural grass are ubiquitous in England’s top-flight. The expectation of competitive imbalance on turf, one 2016 study found, does not reflect the truth.

A good artificial surface may play truer than a lousy natural one and technology is far advanced from the “Astroturf burn” eras, when players who attempted sliding tackles in shorts often looked like they’d just spent 90 minutes in the company of an arsonist. As the Portland Timbers owner, Merritt Paulson, told FourFourTwo last year: “There is a massive difference between the quality of turf fields that you can host a soccer game on, just like there is a very big difference on the quality of a grass pitch for a game.”

And the argument that artificial turf is only for unserious soccer nations is hard to sustain given its presence in Mexico and France in recent years, while in 2016-17, one-third of the Eredivisie’s teams had it (which prompted a revolt from the Dutch players’ union).

For Wilmer Cabrera, the Houston Dynamo head coach, artifice is just another hill to climb in MLS’ undulating landscape. “Here in MLS you have to play on turf and you have to play on grass, you have to travel 5,000 miles back and forth, you have to play in humidity or cold weather, snow or wind,” he said. “Pounding on [an artificial] surface it’s gonna get you more tired, the muscles are going to suffer a little bit more and the joints, but we don’t make any kind of excuses.” Cabrera’s team beat the Timbers 2-1 at Providence Park in last year’s playoffs before losing 3-0 to the Seattle Sounders at CenturyLink Field in the Western Conference finals.

Houston is arguably the cradle of fake grass, since the Astros baseball team popularised it by using AstroTurf in the Astrodome in the 1960s. Despite the city’s brutal summer weather and the multiple teams that use BBVA Compass Stadium, the Dynamo play on grass that, by last year’s postseason, was so badly cut up that it looked like the field had hosted a tunneling contest for moles.

No stranger to the treatment room, Philippe Senderos would have felt wary about joining Houston if their pitch was plastic. “I think knowing that the Houston Dynamo play on grass was definitely a factor [in me joining the club]. If it would had been on turf I would have had to think about it a little bit more,” he said.

Standing on the Dynamo’s verdant practice field, Andrew Wenger took a pragmatic view. “There’s a lot of aspects that goes into making, or considering, a league the best in the world and that’s probably a very small, minute effect,” the veteran attacker said. “Would you rather have everything be on grass? Yes. But is playing in the climate of North America different from other places in the world? That’s also true. So how do you balance all these balls in the air, and making it the best but also dealing with what we’re presented? That’s a big question.”

Looking to the medium- and long-term, extreme weather from climate change may complicate the use of grass pitches in some parts of the continent, while it’s logical to expect that artificial surfaces will continue to improve, blurring the distinction between synthetic and natural. MLS may never be all-grass, and one day, long after Ibrahimovic is gone, maybe that won’t matter.