MM60 turns on the style at the Kassam: Mark Walker, owner of Grasstek, has been widely praised for improving the pitch at Oxford United FC’s Kassam Stadium – with the club’s manager, Karl Robinson, even claiming that it has played a huge part in helping to improve the team’s style of play.

Mark took on the maintenance of the pitch at the Kassam Stadium in December 2018 and immediately knew that it was a project which would require his undivided attention. 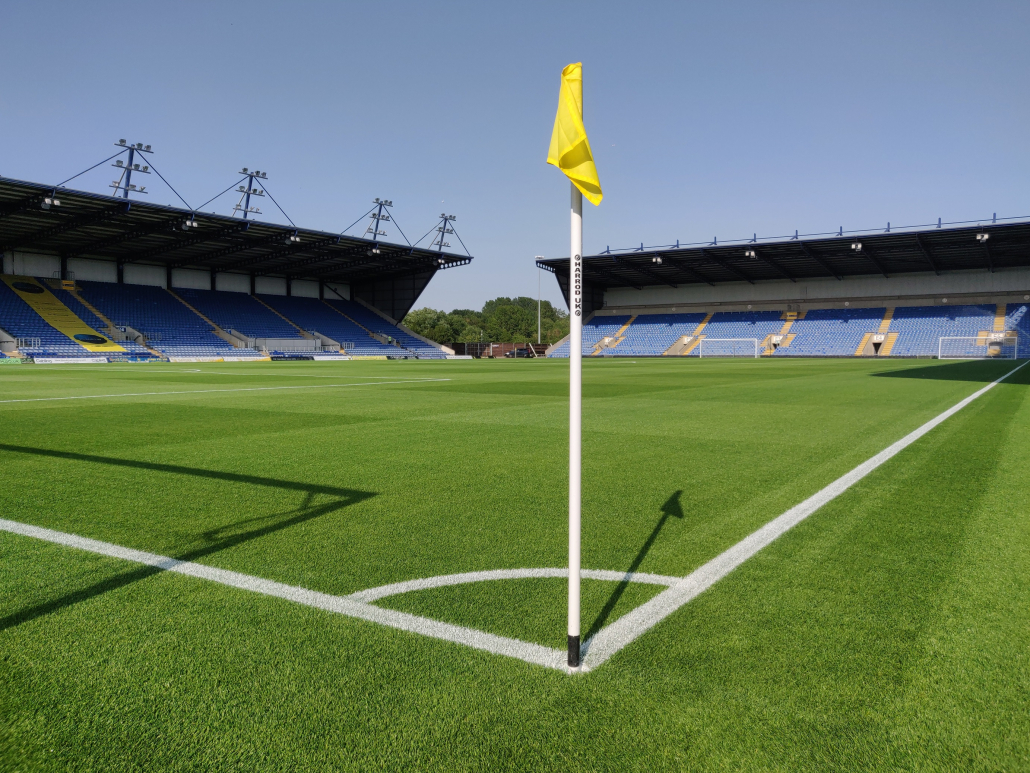 MM60 turns on the style at the Kassam

“I think it is fair to say that the pitch needed a lot of work when we took it over,” he said. “Upon closer inspection, the hybrid pitch had clearly been over top-dressed so none of the artificial fibres were showing and these fibres were also laid flat creating a barrier against healthy rooting.”

Rather than shy away at the thought of the colossal project, Mark was determined to embark on the challenge.

“My background is predominantly in greenkeeping, so I got the best groundsman I know involved. His encyclopaedic knowledge, experience and connections have been invaluable. We’ve now got a great team and we are growing and starting to expand into other areas.”

With an expert team in place, Grasstek got straight to work. The previous summer’s renovations had not been highly successful so Mark knew that they would have to delve deeper.

“We had no other option but to re-expose it all,” he said. “Unfortunately, we could not use traditional pitch renovation machinery due to complications with the carpet. After much experimentation, Bury Turfcare came up with the idea of using a mini digger to remove all of the upper rootzone which had very high percentages of organic material in it. They delicately carried out the necessary repairs and then overseeded with Limagrain’s MM60 grass seed.

“I had used Limagrain seed previously in which I overseeded driving range outdoor teeing areas and target greens with MM50 so I already knew that it would be a good seed. MM60 was recommended to me by an agronomist friend and I’m pleased I took his advice.”

MM60 is a 100% ryegrass formula which is renowned for producing an excellent playing surface – particularly on winter pitches. It is perfect for renovation and divot repair, has a high disease resistance, fantastic aesthetic qualities and offers extremely fast germination – which is boosted by the inclusion of Headstart GOLD®.

“We saw fantastic results straight away – the germination was very quick and even and I think we carried out our first cut after just ten days,” he said.

As the season progressed, Mark still had concerns over a problematic area on the pitch, but he quickly found that MM60 had combatted the issues.

“The stadium has a huge south stand and there are no translucent panels in the roof, so from September through to May no sunlight gets on the south side of the pitch. Prior to using MM60, the grass was basically non-existent on that south side – it was like a beach. 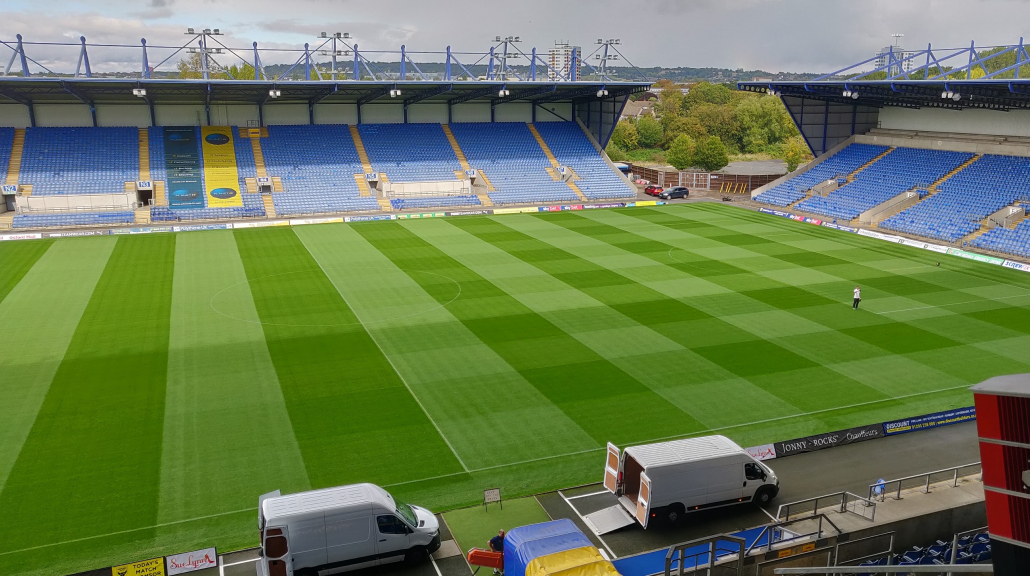 MM60 turns on the style at the Kassam

“However, since we overseeded with MM60, we now have so much more coverage on that side. I think this shows that the seed has great shade tolerance and we now have a very dense sward with no disease.”

Mark’s refurbishment work on the pitch has certainly not gone un-noticed. The club’s manager Karl Robinson recently went out of his way to claim that the pitch has helped the club to play the fast-flowing, attacking football he desires.

“The pitch at the Kassam is one of the best I’ve seen for a long time,” he said publicly. “You have to give credit where it’s due and the pitch is magnificent. It’s little things that can add to us being a better club moving forward.”

While the Oxford United team will continue to play their attractive football on the pitch and push for promotion, Mark and the Grasstek team are committed to playing their part too.

“We’ve used MM60 ever since that first application and we are going to continue to do so,” said Mark. “We’re not even going to look at any other seed because we are so happy with what we’ve got.”