Montrose Invest In The Future: Montrose Golf Links has announced details of one of the largest investments ever made in the celebrated east coast course. Completed earlier this year, the new, far-reaching irrigation project will enable significant improvements to be made across the links and coincides with Montrose receiving the most comprehensive sustainability award in golf.

The new automated irrigation system addresses a swathe of issues that have affected the presentation of the course, which twice hosted Final Qualifying for the Open Championship. It replaces the previous system that had been in situ for more than 30 years and suffered from insufficient pressure, poor and uneven water coverage and limited irrigation options. 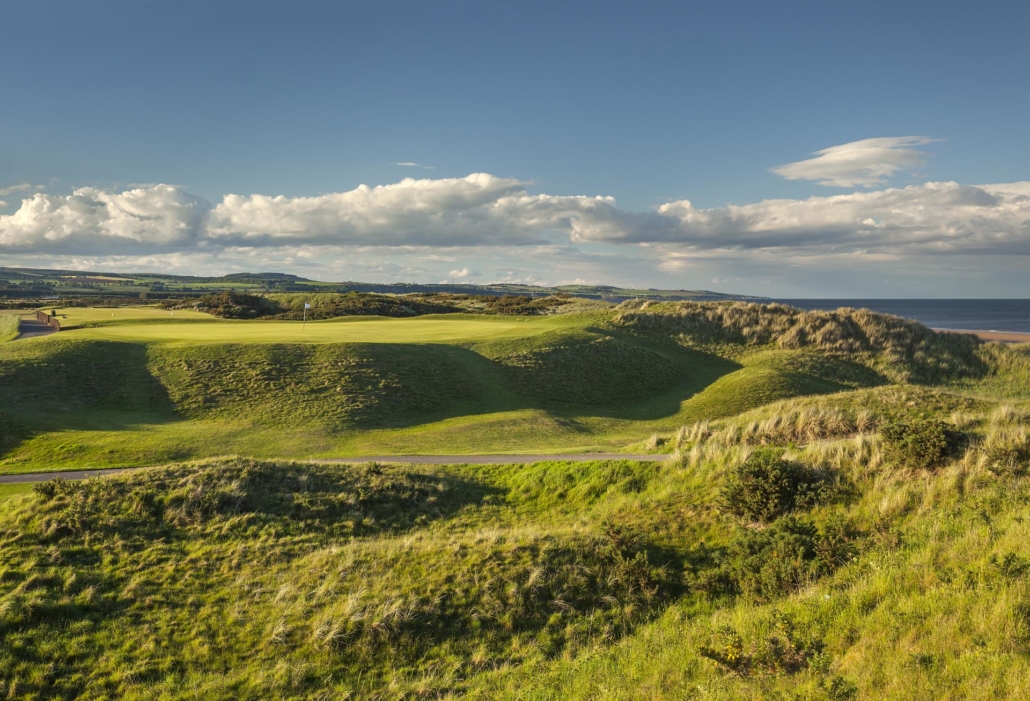 “The new irrigation system is a significant improvement on what we had before,” said Jason Boyd, PGA professional and operations manager at Montrose Golf Links. “It addresses a lot of on-course issues and will enable our greenkeeping team to present the 1562 course like never before. This is a massive investment that will have a huge impact on golf at Montrose.”

The introduction of the £100,000 irrigation system follows the renaming of the world’s fifth oldest golf course in 2018. More importantly, it will free up the Montrose greenkeepers to present the 450-year course to the highest possible standards.

“Because so much time was spent hand-watering greens, the new system will have a number of knock-on effects, especially for the greenkeepers,” explained Boyd. “The time released by the new system will now be spent improving greens, tees, fairways and approaches as well as focussing on smaller, detailed jobs that are so important.”

Although largely unaltered, the classic Scottish links at Montrose has been adapted and tweaked by the likes of Willie Park Jr, Old Tom Morris and Harry Colt. With a run of seven spectacular cliff-face holes, it has also become a destination course for many visitors to Scotland and is widely regarded as one of the country’s most natural links.

According to Darren McLaughlan, head greenkeeper at Montrose, the addition of the new irrigation system is hugely significant. “The need for a fully functioning irrigation system was overwhelming,” he says. “The new system will not only allow greenstaff to concentrate on course improvements while reducing disruption to play, it will also provide the foundation for producing true and consistent putting conditions and a more sustainable approach due to using less water.”

Towards the end of 2018, Montrose Golf Links was awarded the Golf Environment Organisation (GEO) certificate – an accreditation the club had been working towards since 2007. Mike Wood, GEO accredited verifier, highlighted a number of key strengths during Montrose’s verification process. These included “committed ecological stewardship of an authentic setting of duneland topography and landcover, within which the high-quality playing surfaces harmoniously fit”.

McLaughlan, who has a wealth of links golf experience after holding the position of course manager at Machrihanish Golf Club, says the new irrigation system ties in perfectly with the new CEO certified status at Montrose. “We are committed to delivering a world-class golfing experience that is sympathetic to the surrounding environment and spectacular coastline,” he said. “Montrose is a special place full of history and outstanding golf holes. We want people to enjoy Montrose, but we want to achieve that responsibly. This latest investment in the infrastructure that supports the course will help us do just that.”