James was presented with a £750 cash prize and an all-expenses paid trip to Florida, when restrictions allow, on the Campey Turf Care Systems stand at Festival of Turf, which took place on 21 and 22 July 2021 at the Warwickshire Event Centre. 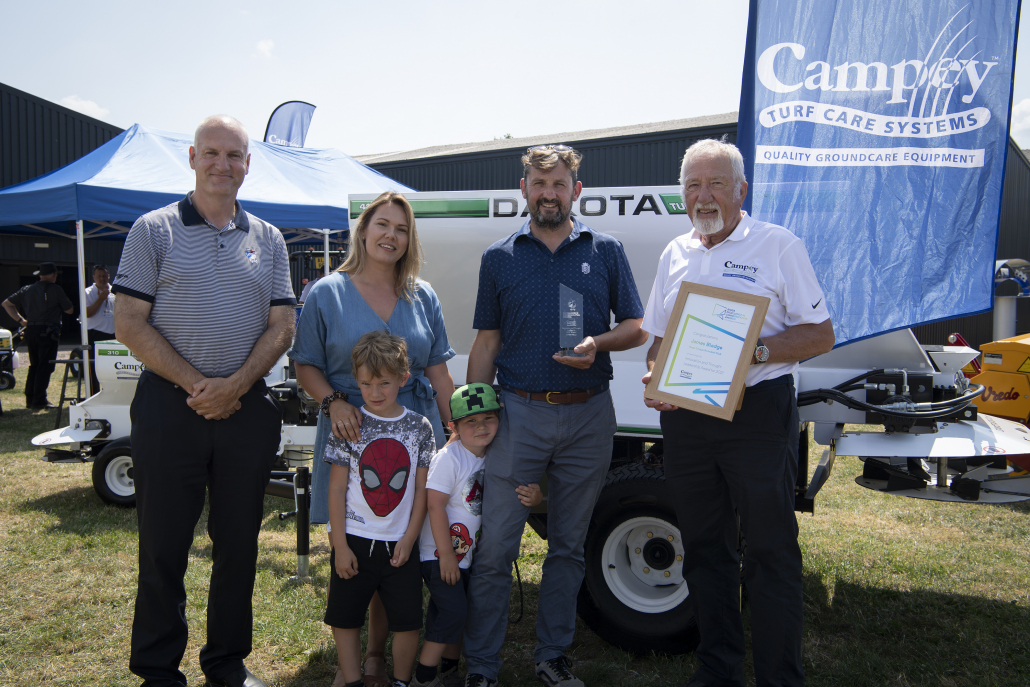 Located just a few short miles along the coast from this year’s Open Championship venue, Royal St George’s, the team at Royal Cinque Ports has developed a culture of education and strong communication, led by course manager James, 41.

BIGGA is the members’ association for golf greenkeepers in the United Kingdom and the BIGGA Excellence in Communications Awards recognise those BIGGA members who have undertaken outstanding work to further the cause of greenkeepers by promoting their activities through various channels, including the creation of thought-provoking articles for Greenkeeper International, the monthly journal of BIGGA.

James produced a feature that was selected for inclusion in the October 2020 edition of Greenkeeper International. The article touched upon the daily maintenance of the golf course and whether asking golfers to contribute to a course’s upkeep through activities such as raking bunkers detracts from the activities of the greenkeeping team.

Each month BIGGA encourages its members to submit articles for inclusion in Greenkeeper International, with a monthly prize of a £100 education voucher up for grabs, to be redeemed at BIGGA’s annual education programme Continue to Learn, held each January in Harrogate. James was kind enough to donate his voucher to another BIGGA member who would otherwise have been unable to attend.

From the 12 features that were selected for inclusion in the magazine throughout 2020, James’ piece, entitled “The Sands of Time: Should we dump the bunker rakes for good?” attracted praise from the competition judges for discussing a topic that stands in contrast to traditional thinking and sparked debate among readers.

The feature is available to read online here: https://www.bigga.org.uk/news-listing/should-we-dump-the-bunker-rakes-for-good.html

James said: “I was really shocked because I’ve never won anything like this before. I read every new entry that comes in, but I never thought my article was in the same calibre as those. How the article came about was I had a Sunday off, I got up and had a coffee and had a feeling that I wanted to write something. I turned the laptop on and wrote a few words and before I knew it I had enough words to submit for the magazine. It was never intended to enter a competition, it was just something I wanted to get off my mind. There are other guys and girls out there who have a lot to say and I would really encourage them to give it a shot.

“The prize is pretty exceptional and so my thanks go to Campey. We’re lucky in our industry that there are so many manufacturers and sponsors who put a lot of money into things like this. It’s phenomenal that we have all this support and we couldn’t do it without them.”

The BIGGA Excellence in Communications Awards continue throughout 2021 with BIGGA members encouraged to submit articles for inclusion in upcoming editions of Greenkeeper International. Head to the BIGGA website for more information. 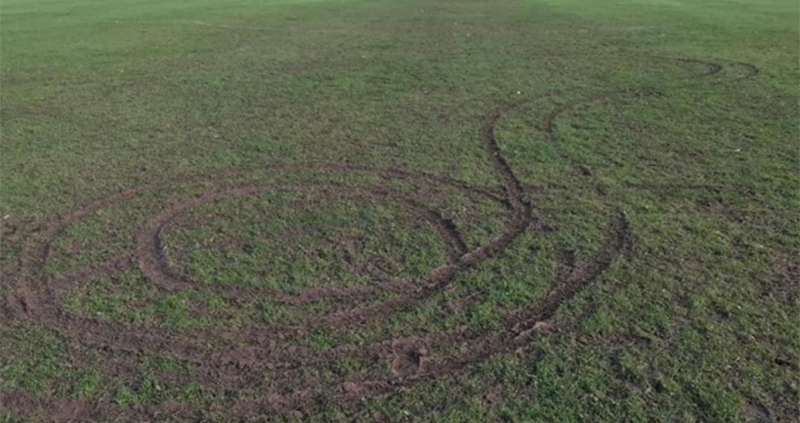 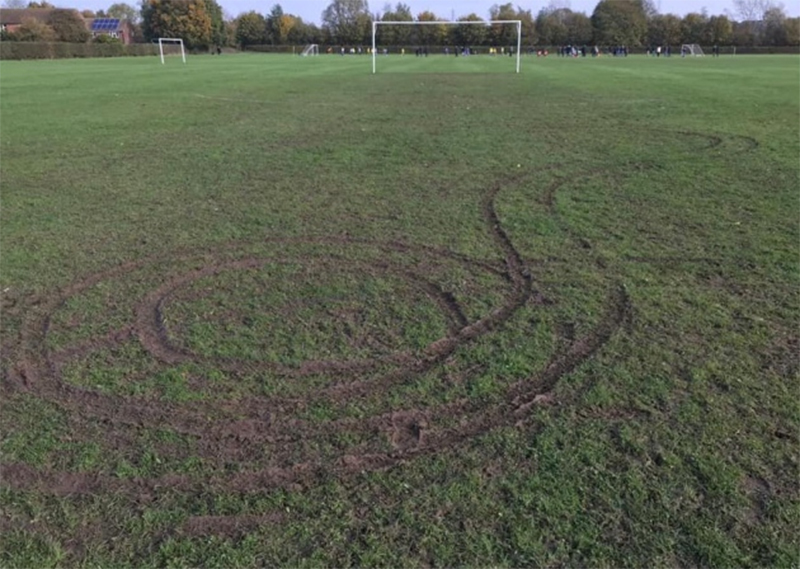 But after hearing of the club’s plight in this newspaper, Malcolm Birt, from Ipswich, came forward to donate a roller to the club to help with repairs as well as a cheque for £50.

In an email, Mendlesham chairman Tim Mack said he was “appalled” by the vandalism.

He said: “It is difficult enough keeping a football club funded and volunteer rich without having to deal with such mindless vandalism.”

Pete Mayhew, Stowupland Falcons chairman, said: “It was a really nice thing for Malcolm to do.

“It came out of the blue and he phoned up and said he wanted to help.

“He said he’d been involved with local football in his younger days and that the roller was more use to us than it was to him.

“He also donated £50 towards repairs which was really kind.”

Mr Mayhew added that the donation from Mendlesham FC showed that grass roots football “had come together”.

“There can be a little bit of rivalry between clubs,” he said. “But it’s nice to know that when it comes to the crunch, they wanted to help out a fellow football club.

“Ultimately, we are all trying to do the same thing and bring football to the people.

“Everyone talks about money in football, but let me tell you, there isn’t much at the grass roots level.

“£100 is a lot of money to Mendlesham and it’s such a kind thing for them to do.

“I think it shows that people do come together.”

Mr Mayhew said that due to the extensive rain in the past week, the club has so far been unable to work on the pitches.

“The games were called off due to the weather this weekend and so we haven’t been able to roll it yet.

“We are hoping to get on there at some stage on Sunday and get them ready for next weekend,” he added.

Following a test in which nine models were examined across factors such as: mowing performance, manoeuvrability, comfort & user-friendliness, the Husqvarna’s Rider 214TC  was found to be the best performing mower. 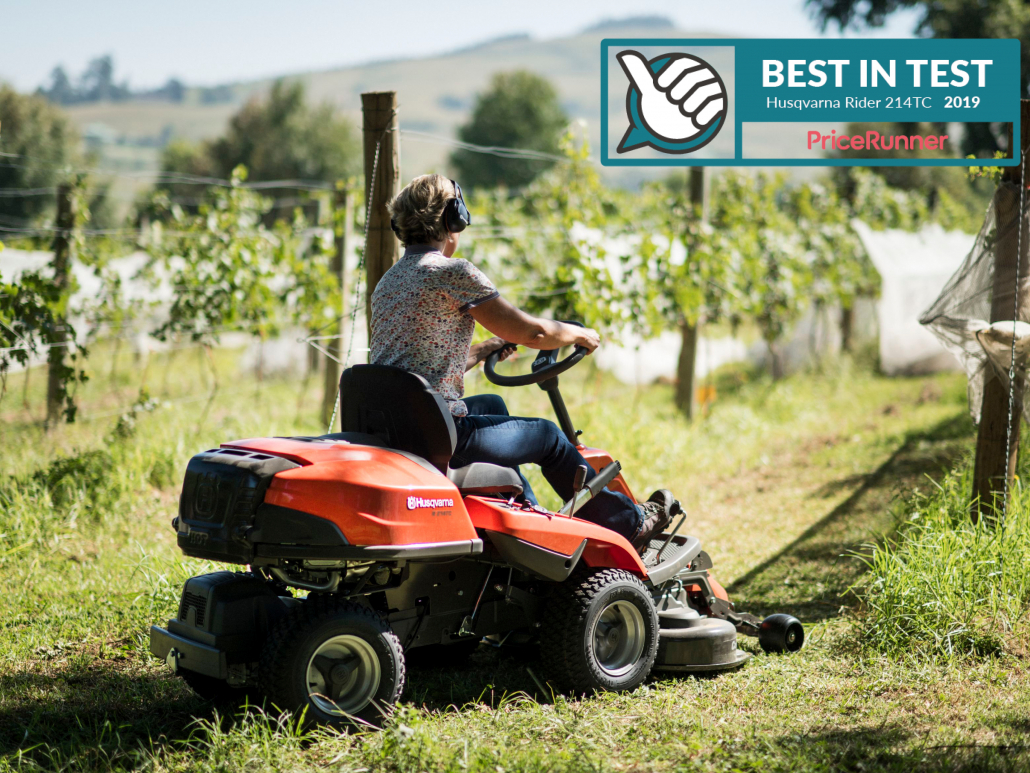 It was praised by an independent panel of testers with the feedback stating that the Husqvarna mower was “a very high performance model for large areas with lots of obstacles”. The Rider 214TC stood out for its flexibility, with a range of front-mounted accessories, such as a snow shovel, brush and aerator all able to be attached to the mower.

Price Runner UK went on to further to say the model was “king of the ride-on lawn mowers, which gets maximum points in everything we give it to do.”

On the Rider 214TC’s exemplar score, Husqvarna UK Category Manager – Lawn, Andrew Lees said: “We are extremely pleased to receive such a prestigious award, the Husqvarna R 214TC is one of our best-selling models and the award reinforces why. The R 214TC shares the same Husqvarna Rider DNA as found on all rider models from the 200 Series, designed for domestic use up to the Commercial specification 500 Series models. This means that no matter which model our customers choose they will benefit from the same great features and benefits as highlighted in the test. The Husqvarna Rider range allows customers to cut more in less time whilst still providing an enjoyable and intuitive driving experience.”