Först starts a revolution: Först has done it again. They have taken the world’s most popular sub 750kg petrol wood chipper and turned it into something of a revolution for arboriculture.

The new Först TT6 has arrived in style, weighing in at just 745kg, boasting a 270-degree turntable and delivering a fully emission compliant 37 horsepower. It’s perfect for city contractors and any arborists looking for outstanding performance, unrivalled manoeuvrability and convenience. 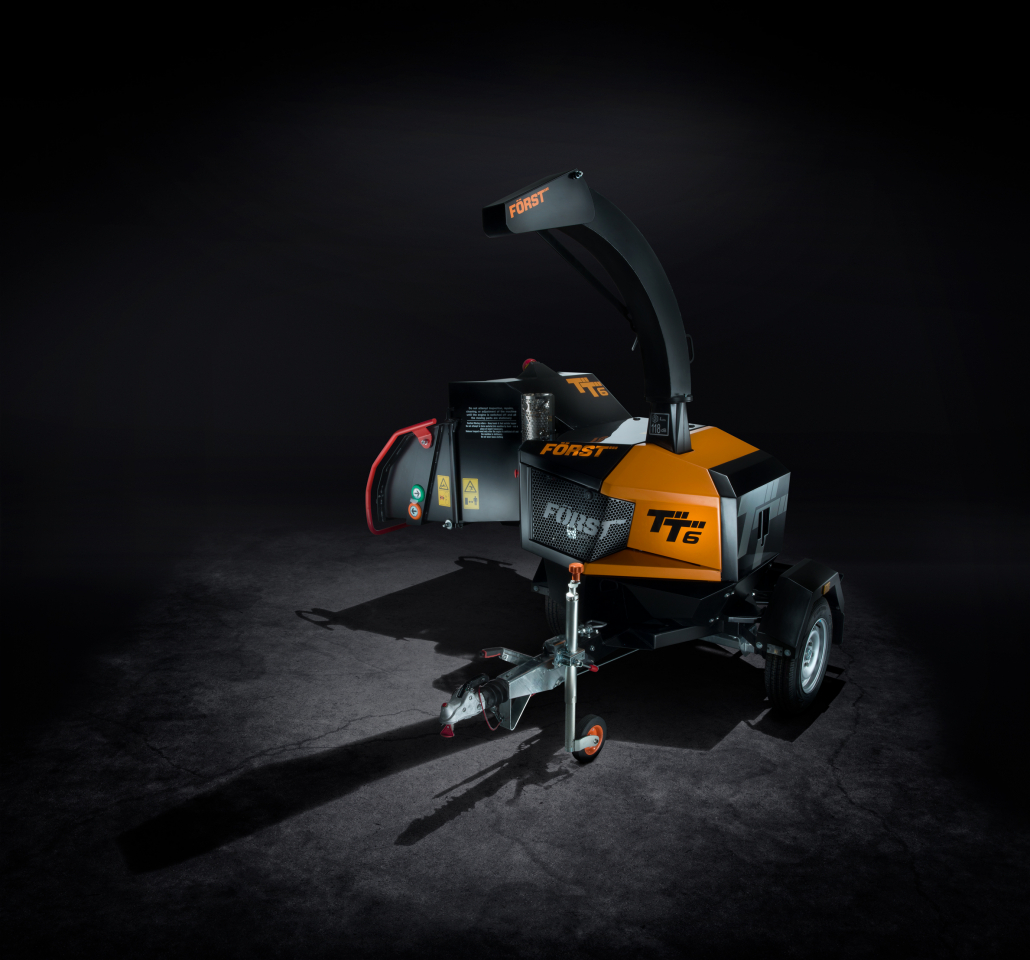 Take a look at the TT6 and you’ll immediately see true innovation in this showstopper. It’s built even tougher and stronger than its predecessors. Incorporating the chipping chamber and engine from the perennial favourite Först ST6P it is designed sleek and sharp to look good behind any vehicle. It’s amazingly compact measuring just 2800mm in transport position and 2250mm when turned 90 degrees, adding another dimension to what the Först line up brings. There’s a wide hopper right down to the FörstGrip feed which in turn gives an exceptional grip on timber. The Först flywheel system is outstanding at clearing chip and green material and what’s more the chipper is quick and easy to service and maintain.   The TT6 is clearly the product of intelligent, cutting edge engineering from Först’s in-house engineering team and its introduction follows months of rigorous testing to guarantee a strong, robust product. So needed with such a weight-sensitive product. On that score, it’s also backed by an uncompromising 3-year warranty. The TT6 is sold directly to you from Först, the manufacturer, serving customers from UK locations: the factory in Andover, Hampshire, Doncaster, South Yorkshire and through Först partners in Glasgow. Först provides a service network of its own people and approved service partners across the UK, which means service support for your Först chipper is never far away. 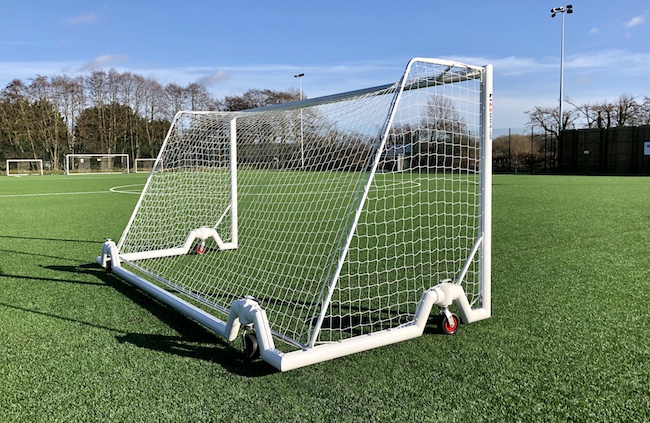 The revolution has arrived: MH Goals are proud to present our new lift and lower Revolution portable goal. With its 360° swivel wheel it’s been designed to go through narrow gates and accesses while still having the ability to be used on all playing surfaces.

The new Revolution goal is packed with features and has been designed not just for the top-flight clubs, but also for use at every level of the game. The goal itself is manufactured from our new reinforced aluminium section which is able to accommodate the lift and lower Revolution 360° wheels. 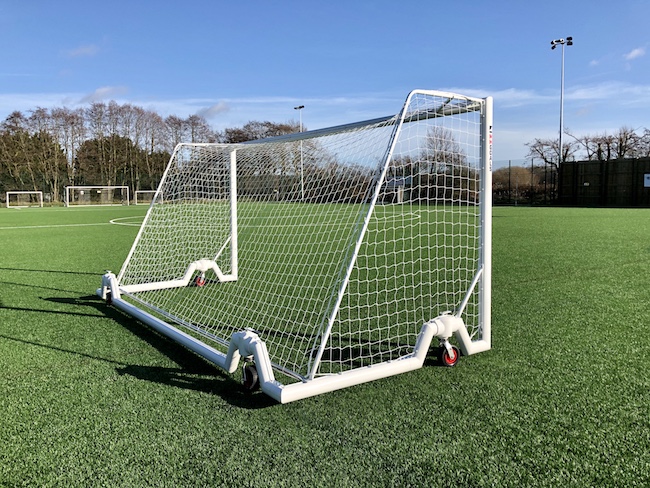 The Revolution has arrived

The in line Revolution 360⁰ wheel is able to lift the goal 60mm off the ground and due to its all-terrain solid wheels it can easily be used not only on synthetic surfaces, but also the most challenging grass pitches. The wheel mechanism is a triumph of simple yet effective design that enables the user to quickly lift and lower the goal with just a turn of the Revolution handle. What’s more this goal can also be used with our internal weight system, removing the need for any external anchorage. Like all of our aluminium goals the Revolution will use our Hold Fast net hook system ensuring your net stays safe, neat and tidy.

Matthew Harrod, Sales Director of MH Goals said, “The Revolution goal has been in development since 2018 and we’re delighted to now take the wraps off our first prototypes. Our overall aim for this 360° goal has been to design something that is just as usable on a synthetic pitch as a grass pitch, giving the user total flexibility.”

BTME 2020 was the first public outing for the lift and lower Revolution goal with further testing and development taking place at a number of table-topping Premier League clubs over the next few months. The Revolution will be available in all sizes from full sized to 5 a side, with the first production ready models ready for purchase in the spring.

Revolution in professional turf care: Strained sports turf surfaces are particularly stressed by the influence of walking on, playing on or driving on, which can lead to a change in the physical or chemical properties of the soil due to compaction.

Compaction has negative effects on the vital growth of a healthy and durable grass population as well as on the functional safety due to the often highly reduced air and water permeability of the soil, a lack of water and nutrients available to plants, poor regeneration growth and changes in soil organic structure.

The remedy can be found with the airter light 14160 – pneumatic soil aeration device for professionals, which loosens the lawn root zone homogeneously into a depth of 22 cm and supplies it with fresh oxygen.

This is done by steplessly adjustable compressed air in a continuous process. A football field can be completely processed in seven hours.

A total of 14 specially developed compressed air injection lances with triple jets push up to one million litres of air per pitch into the ground in an efficient working process.

The airter aerates the root zone homogeneously and with full coverage without any significant visible damage to the top surface. The penetration depth can be selected to match local soil conditions by using different lances so the soil compaction can be reduced up to 30% (verifiably tested). As a result, water flow and air circulation improve remarkably. Novokraft’s airsoftroll roller technology guarantees low ground pressure during sustainable aeration of the root zone with oxygen! Unique and unrivalled!

Advantages at a glance

Over time, these procedures inevitably lead to vertical compaction of the lawn base layer.

Novokraft has developed the airter to solve this problem and to professionally loosen the root zone. This prevents the formation of decomposition gases, which are toxic for lawn roots.

Practical tests on new hybrid turf fields have shown that with the loosening effect of the airter, the players subsequently felt the fields to be much softer.

Likewise, this homogeneous pneumatic loosening method massively improves all bioactivity in the soil. The airter is also ideally suited for the reliable maintenance of water permeability.

Derby At Forefront Of Football Pitch Revolution: Derby County Football Club is at the forefront of the biggest change in sport surfaces in over 20 years.

The club has worked with Talbot Sports Turf on installing revolutionary POWERgrass on an academy pitch at its Moor Farm Training Centre. 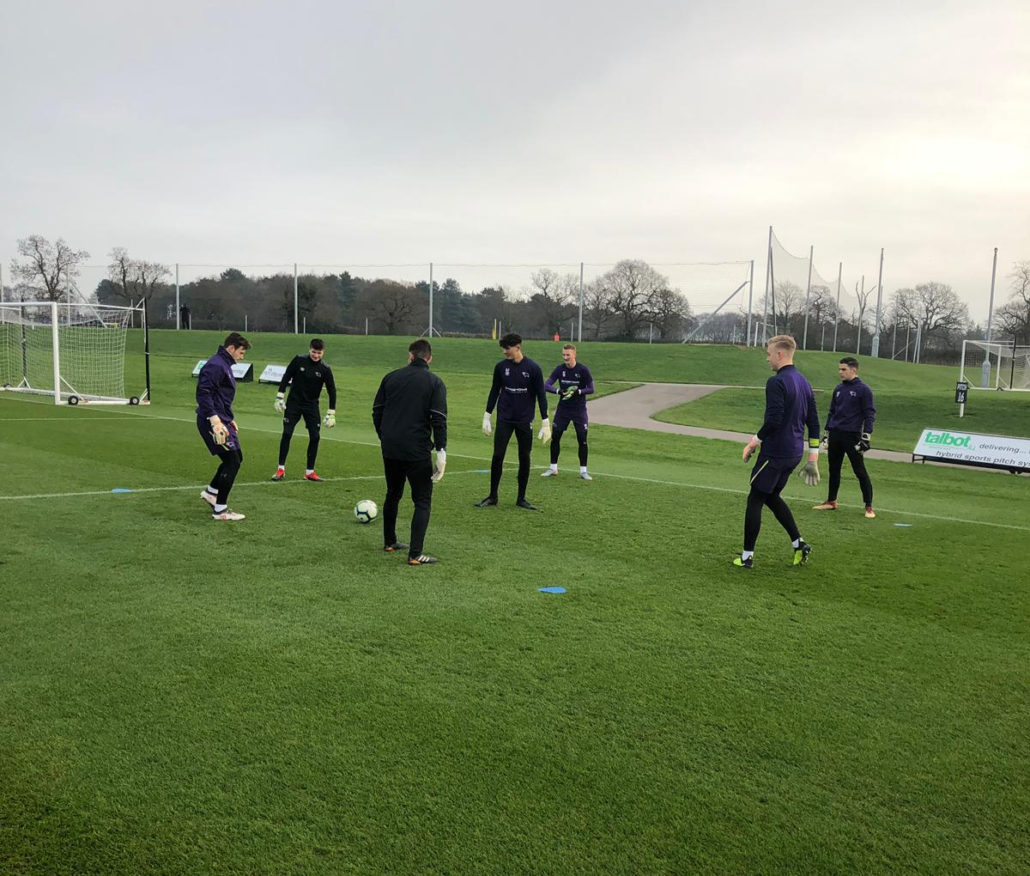 Invented in Italy, POWERgrass has increased traction, stability and softness and is more robust than any other hybrid sports carpet.

Sean Goodwin, Director of Talbot Sports Turf, which has exclusive rights to install POWERgrass as a turf in the UK, said: “We have decades of experience and we believe this is the best hybrid carpet system available on the market and is the biggest change in the industry in two decades.

“We are convinced it will become the turn-to surface for football clubs across the UK and Europe.”

He added: “We met with the inventor, Dr Niko Sarris, and have examined POWERgrass very closely. We believe he was the only individual who considered how the grass plant would grow within the hybrid system because his background is agronomy.”

POWERgrass has a bespoke root zone as part of a system, which improves the growing environment and, at the same time, has more synthetic fibre filaments per square metre than any other product.  This, together with the patented backing to the carpet, makes it unique.

Sean added: “One of the issues with hybrid carpets is the ability to be renovated at end of the season.

“If a hybrid carpet does not have very good tuft-lock, synthetic fibres will be removed when old grass is taken out. We are delighted to say that the tuft-lock of POWERgrass is the highest available on the world market.

“It is also the only carpet with tri-coloured fibres which ensures it marries into the grass sward as well as possible.”

Talbot won a prestigious BALI National Landscape Award for the installation of a POWERgrass pitch which has been hailed as ‘our Wembley’ by grassroots footballers in Regent’s Park, London.

The pitch, which is the first of its type at an outdoor public sports facility in the UK, was initially a Royal Parks’ pilot but has been a huge success because of its quality and robustness.

Mark Rowe, assistant park manager, said: “POWERgrass is now in its second season and through last winter and up to now this winter, we have seen no games called off due to adverse weather conditions apart from when the playing surface was covered in deep snow.”

POWERgrass has enabled thousands more people to enjoy sports in Regent’s Park and Sean believes that it has set the benchmark for other public facilities across the country.

He said: “POWERgrass is the best surface available and offers a cost-saving. It will change the face of sports surfaces for sports clubs from The Premier League to the local park.”