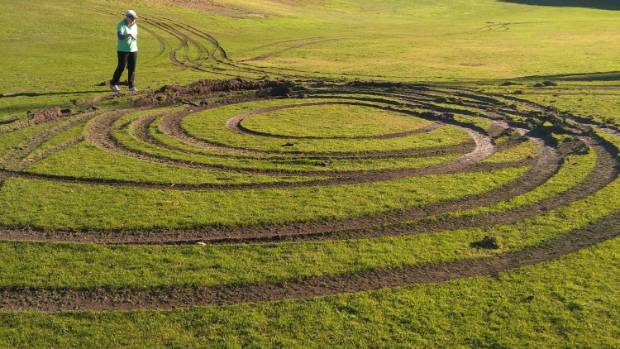 Arrests After Golf Course Vandalism: Two men have been arrested and charged in relation to vandalism at a golf club in Oamaru.

The North Otago Golf Club was vandalised overnight on Saturday when a 4WD vehicle was driven over several of the club’s fairways and greens.

Sergeant Blair Corlet confirmed men, aged 25 and 22, had been charged with burglary, and unlawfully interfering with a motor vehicle.

The 25-year-old, the alleged driver of the 4WD, had also been charged with intentional damage.

“Luckily our green-fee box is very well secured so they couldn’t get into that,” she said.

The footage then showed what appeared to be a man trying to unsuccessfully hotwire one of the golf buggies.

Knight said a 4WD could then be seen driving about the clubhouse side of the course.

“It’s a substantial mess,” she said.

“Then they got in their big 4WD and broke down one of the fences and got onto to the course.

“They ran over greens and snapped about four pins that are in the greens and knocked over about three or four signs.

“Then they demolished one of the sheds … and then they did donuts around the course and made a real mess. The ground’s very soft at the moment because of all the rain.

“They’ve probably driven over at least half the fairways on that side of the course. We’ve got 14 holes on that side and they actually went to the furthest point, which is where the shed was.”

Knight said the club only has one greenkeeper, and the rest of those who look after the grounds are volunteers. Pleasingly, she said the course was still usable.

“It’s very pleasing too that we’ve got good cameras and we picked the two guys up on the cameras.

“We’ve got our greenkeeper assessing the cost at the moment.”

Corlet said the men will appear in the Oamaru District Court next Wednesday.