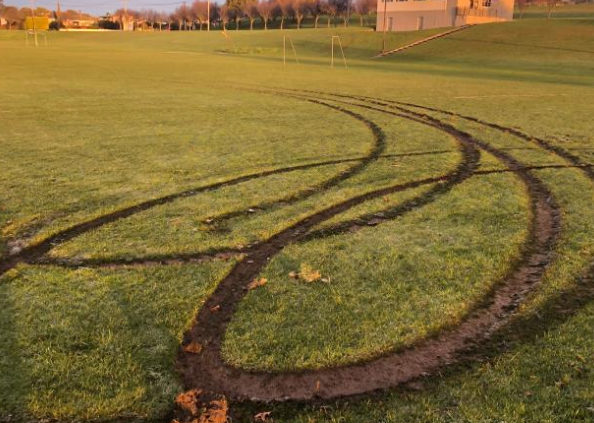 Football Club Bemoans Vandalism: Damage to football pitches at Awamoa Park in Oamaru is something the young players who use the fields should not have to contend with, Awamoa Football Club president Twyla Kingan says.

Speaking to the Otago Daily Times yesterday she confirmed at least one vehicle entered the park on Friday night, at the intersection of Awamoa Rd and State Highway 1, and did several burnouts on and around one of the park’s several playing surfaces. 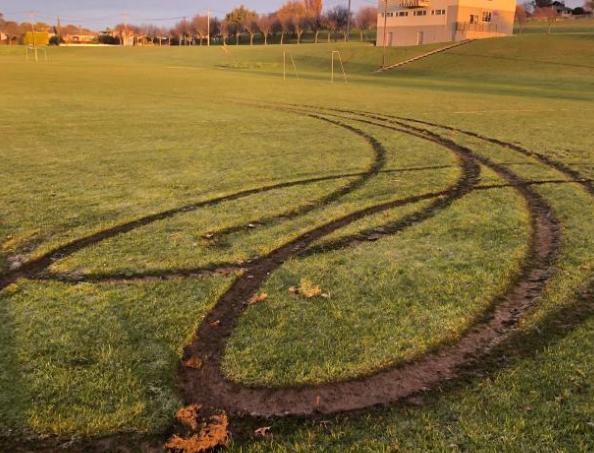 The damage to the home of the Awamoa Football Club’s junior players, which resulted in large chunks of grass and earth being gouged out of the ground, was met with dismay by Mrs Kingan who said it was not the first time the park had been targeted by vandals.

”It’s disappointing … you look around on Saturday morning at the park and you see a good hundred kids out there enjoying playing with their friends. It’s unfortunate they get hampered by the damage.

”The most damage was just off the pitch and some in the middle of the pitch … you don’t want to see kids tripping up.”

While consideration was given to moving some games to the Oamaru Showgrounds, where Meadowbank United is based, all fixtures went ahead as planned after minor groundkeeping work.

Earlier this week, the club discussed, with the Waitaki District Council, the possibility of installing wooden bollards and chains to keep vehicles out of the park, which Mrs Kingan hoped would deter vandals.

Sergeant Tony Woodbridge, of Oamaru, said cases of parks and reserves being intentionally damaged by vehicles happened ”once or twice a year” and police were investigating Friday night’s incident.

Police were reviewing CCTV footage and the offenders would be prosecuted if located, he said.