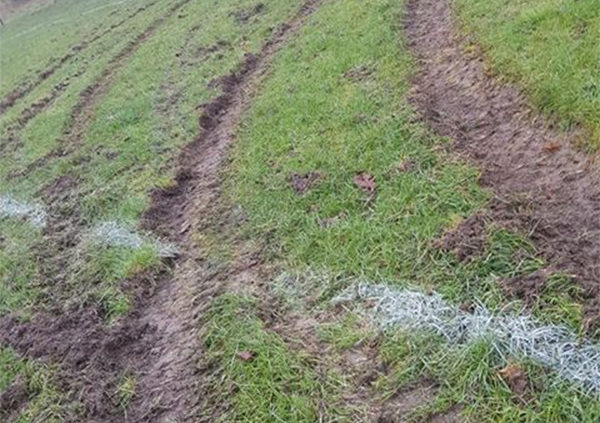 Bosses at Cleck Sporting Juniors believe a quad bike was taken onto the field, in Mann Dam Park, off Spen Lane, in Cleckheaton, and used to churn up the grass earlier this week. 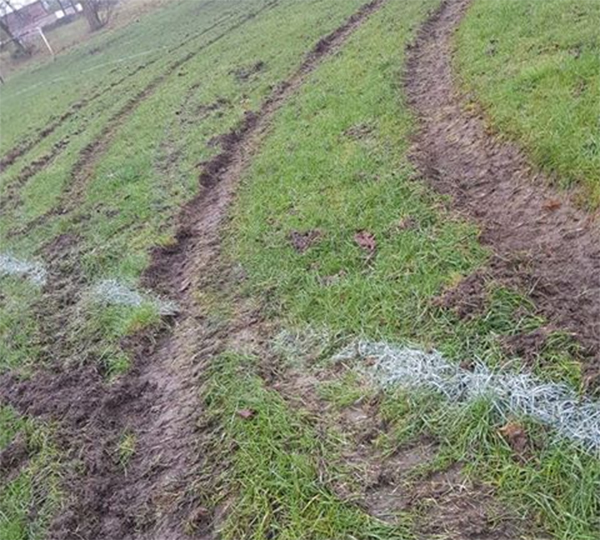 It has left the pitch unplayable and forced the club to cancel the home games of the under 7, under 9 and under 10 teams which play there.

Large tyre tracks have been left all over the grass, with some deep enough to cause injury to anyone playing on the field.

Colin Harding, chairman of the club, said they will now have to re-arrange the games or play them away from home if they are to complete their fixture list for the current season.

The club was contacted on Facebook by someone who walks their dog on the field and club members of all ages were left devastated when they saw the damage.

“It’s quite badly damaged and will probably never be the same again.

“People don’t think about the long term impact this can have on the people who play there.

“We will probably have to travel outside the area.

“There has been no thought about us from whoever did this.

The future of the pitch is also under-threat, given the substantial damage done to the grass, which Mr Harding believes can not be repaired.

He has contacted Kirklees Council to see if there is anything they can do to help the stranded teams, which all play in the Huddersfield Junior League.

The club has teams in age groups right up to under 16s, but it is the younger players who will feel the brunt of the extensive damage done to their home pitch.

Mr Harding added: “With the weather we have got it won’t help because it has already caused more damage to the grass with it being so wet.

“This means we will have to travel outside of the area and play games away from home.

“Our next games is in early January, but I don’t think we will get that to go ahead.

“There’s not enough access for a car, so it would have to be a bike that got through and onto the field.”