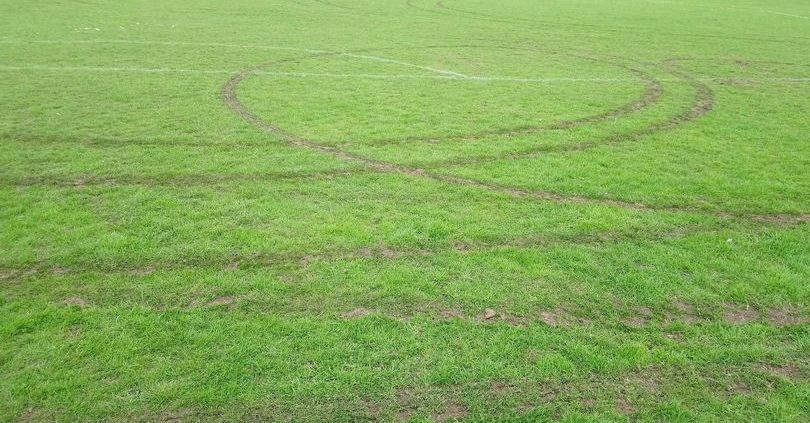 Two cars have damaged a large section of the turf at the Symington’s Recreation Ground by performing stunts and driving about at speed on Sunday night. 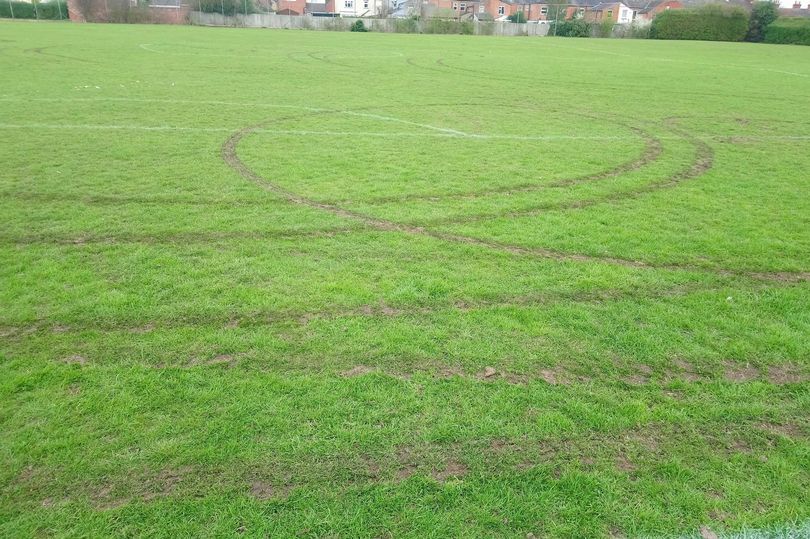 Officials at Borough Alliance Football Club, who run 17 teams for up to 400 players, officials, volunteers and parents at the site, have branded the actions as ‘mindless vandalism’.

Mick Draper, club chairman and manager of the under-10 team, said he was angry at the drivers.

He said: “These boy racers have come onto the pitch on Sunday night at about 8pm after our teams played at home.

“These idiots have spent five or 10 minutes trashing our pitches doing donuts.

“They have caused damage to three pitches.

“You can’t print what I think about these idiots. It is mindless vandalism.”

Local people have rallied round to get a group of volunteers together to work on the pitches so they are playable on at the weekend.

The club have also received support from Harborough Hire Centre and Jewsons, who are providing equipment and materials to assist them.

The affected areas will be re-seeded.

Mr Draper said: “We will get all hands on deck and sort this. There is no way we will not be ready for the games on Sunday.

“Our under-15s are going for the league, our under-11s are in a quarter-final and the under-nines are in a semi-final.

“They are all playing at home and all games will go ahead as planned. We will not let these vandals win. “

Harborough District Council have said they intend to install extra bollards to prevent vehicles being able to access the playing surfaces.