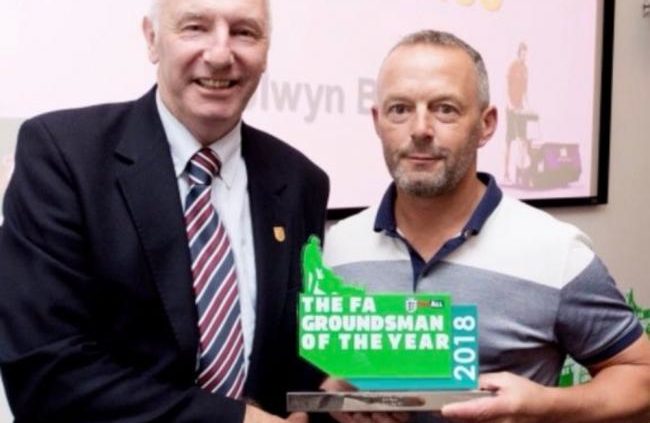 The hard-working volunteer finished third in the EVO-STIK League Groundsman of the Year Award at a glitzy ceremony at the FA’s St George’s Park, and he also received a high commendation nationally. 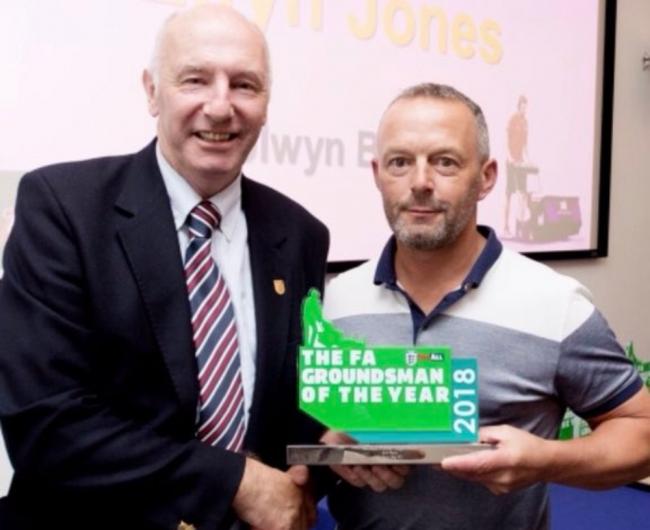 Jones is in his third season volunteering with the Seagulls after previously holding a position with Warrington Town, and he has also assisted at National League side Chester at times during the campaign.

He spends between 25 and 30 hours a week working on the pitch at Llanelian Road, combining his time at the club with the tanning salon he runs in the area, where he spends 35 hours a week on average.

The league’s representatives were honoured after a series of on-site assessments at nominated grounds last season that not only looked at the quality of the pitches but also took into consideration the skills and knowledge of the finalists, their ambitions for the pitch, the resources available, pitch use and the amount of time they were able to work on their surfaces during one of the worst winters and toughest seasons in years.

More than 100 groundsmen from all levels of the game were rewarded for their work at this season’s ceremony in front of their peers.

League representative Paul Hatt, along with Brent Clayton from the NPL’s sponsors at the Frank Whittle Partnership, were also at the prestigious state-of-the-art venue near Burton to congratulate the 2018 winners.