One of the biggest problems for Course Manager Andy Garland and his team was, as the parkland course matured, so did the task of autumn leaf-clearance. That was until the club purchased a Trilo S3 vacuum sweeper from Vanmac two years ago, which has since been described as ‘fundamental’ in retaining the presentation, playability and health of the course. 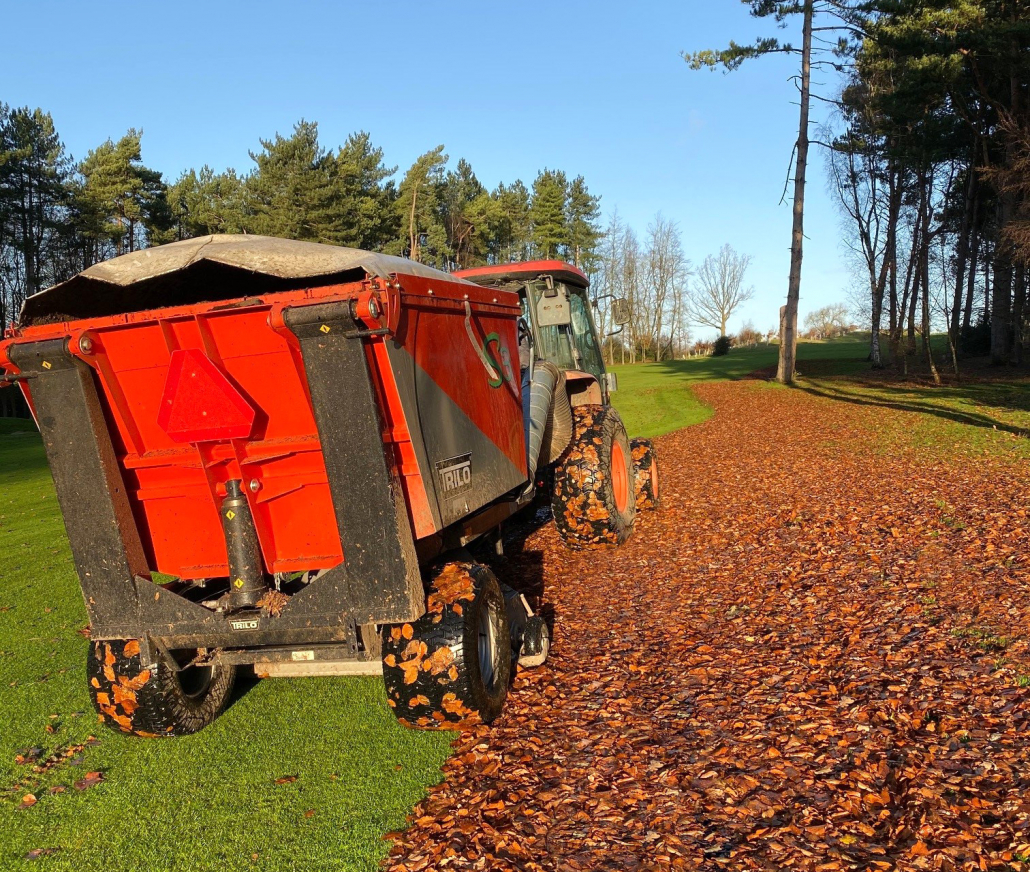 Established in 2013 and renowned for its immaculate course condition, the Centurion Club has proudly played host to a number of high-profile tour events, most recently the first round of the inaugural Aramco Team Series in July. “The summer is all about presentation and tournament preparations and then we we’d get to the autumn and find ourselves faced with an ever-growing problem with leaves” explains Andy, who has been at the club for the last 15 years. “When the laborious task was becoming unsustainable by hand, we looked at the Trilo.”

“Having heard good things, we had a demonstration of the S3, fitted with the brush shaft, and it was evident straight away how it was going to absolutely transform the task for us.” Working at a convenient 1.5m wide, the Trilo S3 weighs in at only 1200kg making it suitable for compact tractors of 35HP+.  The full-floating brush head and low ground pressure, allows the machine to work under the heaviest of conditions, with hard-to-reach areas – in and around trees for example – cleared with convenience and ease thanks to the 6m wander hose.

“The S3 is in action every day during leaf-fall season, picking up leaves – both wet and dry – cleanly in one pass and collecting them in the large capacity hopper which we can then dispose of elsewhere around the course.” To convert the S3 into a year-round tool, Andy also has his sights set on the optional Verticut shaft which can be mounted to the unit in a matter of minutes, converting it into a quick and effective method of scarifying large areas such as the fairways.

He concludes, “From an agronomic perspective, the benefits of keeping the surface clear to allow for maximum airflow, sunlight and moisture movement are well documented. But, back to basics, there’s no question that the S3 has been fundamental in keeping certain areas of the course playable, and that in itself is invaluable.”