A Heart To Hart With David: Turf Matters spoke exclusively with David Hart, Managing Director of Kubota UK and covered everything from demo lorries, structural changes, Brexit and calamatics…

When David Hart took over as Managing Director of Kubota UK just over a year ago there were two things at the top of his “To Do” list. One he wanted to get his feet under his new desk and two he wanted to make sure he got to know his new charge inside out. 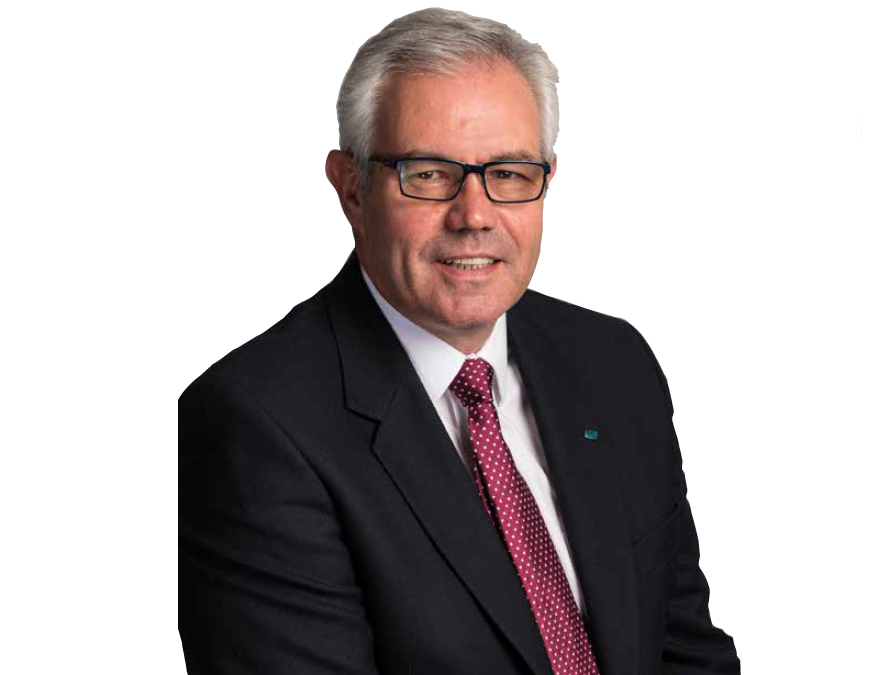 “I probably looked under every stone I possibly could, and spoke with everyone, so that I could get to know all aspects of the business,” said David who had previously enjoyed a stellar 28 year career at John Deere.

It was just in the summer of last year that David took up his new role but already he has a new job title to add to that of Managing Director – the impressive sounding Vice President for Business Transformation for Europe.

“It’s not a promotion. It’s an addition,” he explained.

“It’s on top of what I was already doing. Until a couple of years ago each country operated in a different manner.

Here in the UK we did certain things in a certain way; Germany did the same; France the same; Poland the same and so on. My new role is to bring some common structures in and processes to those different sales and marketing units.”

Having carried out structural changes in his pre-Kubota days it is a role ideally suited to him, as is steering his new staff through the changes which are inherent in a business which has grown from a staff of 88 ten years ago, based out of the headquarters at Thame in Oxfordshire. to over 140 now.

Asked about any significant changes which he has implemented since he joined David points to something which, in addition to its primary aim, has eased congestion on the UK’s motorway network as well as reducing the company’s carbon footprint.

“We’ve changed how we managed our demo operation. We used to have three articulated lorries which the demonstrators drove to their destinations. I thought we could used our time better and have those guys focusing on the demonstration rather than driving the trucks. So the trucks have gone giving us a £600,000 saving.

That’s among a few things which I have streamlined since I got here.”

Another area where David has aided the environment is in a significant reduction in his own airmiles.

“The nice thing for me is that I do less travelling because for 28 years I spent 26 weeks on the year travelling and taking around 52 flights a year,” explained David, who has only been to Kubota’s worldwide headquarters in Osaka, Japan, once since he took up his new role.

“We’ve had two of our senior management over to visit us and we showed them how we operated the business here in the UK but I think the nice thing is if our Japanese bosses are comfortable with what is going on they leave you to it.”

Looking forward David is concerned with how Brexit is going to impact upon the various areas in the Kubota business portfolio.

“My biggest concern is that, with or without a deal, it isn’t going to be good. We have already seen the construction market go soft because there has been no houses built in the last three months. Groundcare has also gone soft but that is partly because last year’s dry summer meant that dealers were left with a lot of stock.

“I’d say that one of the biggestconcerns is that we are no clearer today about what will happen than we were two and a half years ago. Let’s hope that the pessimists are wrong and the optimists are right and it’s just a blimp or turns out to be something like the Millennium Bug,” said David, in a pragmatic rather than negative tone.

Another area which has been impacted by Brexit uncertainty is recruitment.

“People keeping their powder dry at the moment. If they get the offer of a lifetime they might jump ship but otherwise they are going to stay were they are until they know what the future holds. We have got seven or eight vacancies at the moment and some of them we’ve had for more than a year.”

From the customer’s perspective they can look forward to a bolstering of some of the groundcare product with some additional lines in the near future.

“Hopefully, we’ll have a bit more product offering. Not of a big scale but complementary to what we already do. We have a few irons in the fire.”

Kubota have dipped their toe in the automomous mowing, with a product range currently available in France and on its way to these shores while calamatics is another area that will be becoming more prevalent in the next few years.

“Remote diagnostics mean that we are able to connect to customers equipment and make repairs or updates from a central point which means we will be able to react to customers’ needs much more quickly become even more efficient as a company.”

David has got much further down that original “To Do” list than even he had hoped and it augers well for not just the next 12 months but many more after that. 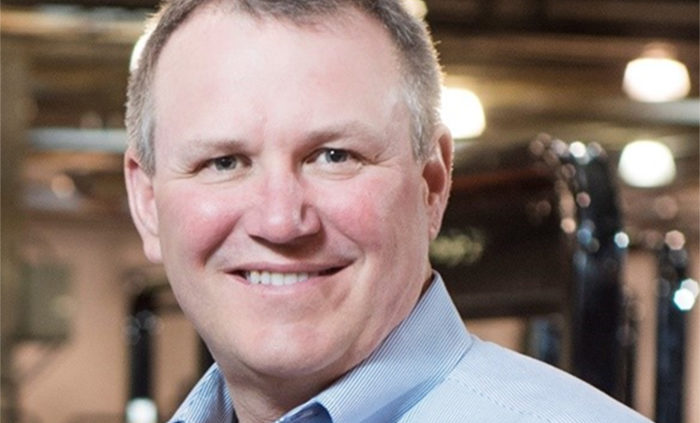 Good To Have David Back: David Withers, who became one of this country’s most successful exports when he rose to the position of President and CEO with Jacobsen after 24 years with the company, has taken on the role of Managing Director of Iseki UK with the task of building a British arm for what is a very well known and respected Japanese brand.

David, for all his high flying career based in the United States, never lost either his love of his real home or contact with his British friends and associates, and being able to reignite with both sees him entering his new challenge with characteristic vigour.

He took time from building his new company infrastructure – and shouting at photocopiers and printers – to chat with Turf Matters. 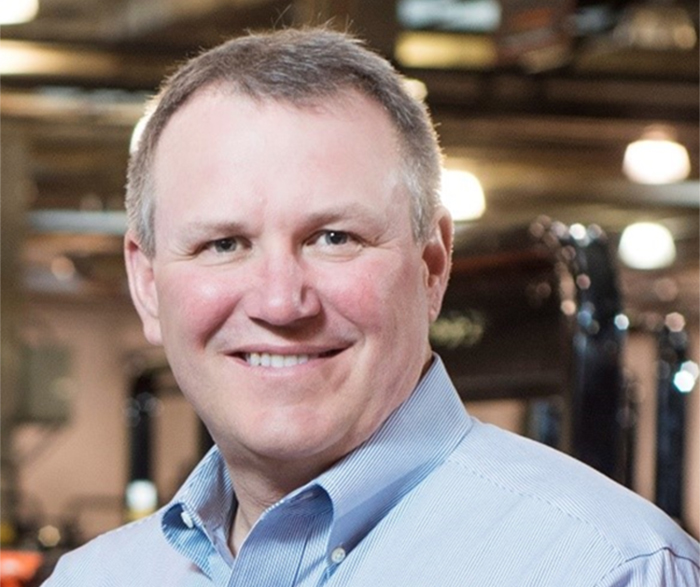 It must have been pretty full on since the decision to create Iseki (UK) towards the end of last year and your appointment as Managing Director shortly after that.

December and January was a really busy time. We had to find premises, hire people, put a computer system in place and pick up the inventory from Ransomes. It’s a big deal starting something from scratch in a very short space of time, ensuring all the legalities are in place etc, but we’ve been able to do it.

You were obviously very well aware of Iseki as a company, and their products, having worked with them while at Ransomes yourself.

Yes, I knew about the company from my time with Ransomes and Textron and that’s why I’m involved in all honesty and being able to work with a company that I wasn’t in competition with while at Textron.

Did your relationship with Ransomes assisted with the hand-over?

How many staff do you have at present?

As we speak we have eight full time employees while we have three more who have agreed to join us and three temps. In total we will end up with between a dozen to 15 which should be enough to get us through this year and we’ll probably add some more after that.

Where does Iseki currently sit in what is a fairly crowded market?

It varies with tractors and mowers. We’re probably third or fourth with tractors at the moment and first or second when it comes to cut and collect mowers, which I believe are second to none when they come to build quality and performance.

What ambitions do you have for the company in the short, medium and long terms?

The task we’ve been given by our colleagues in Japan is to double business over a five year period. That’s what we are working towards and I think that it’s eminently doable. As things stand right now, golf is very important to us and local authorities are also very important to us but there is no doubt a lot of opportunity for us with contractors, homes with acreage, the bottom end of the agricultural market, so that is where we will be putting our effort. If I compare us to our colleagues in France, Germany and Spain, their sales are 50-50 on agricultural or turf tyres. For us it is probably 90% turf and 10% agricultural tyres. It’s not that the market doesn’t exist, it’s just that we haven’t focussed on it yet.

We often find we end up not doing the job for which we came into the business – Course Managers end up in front of computer screens rather than cutting greens for example. Are you looking forward to getting back to a more hands on role to the one you had latterly at Jacobsen?

Yes I am and no I’m not is the truth of it. I’ve been doing this for about four months and there are bits which I really love – out there meeting dealers, selling things etc. We’re a small team and if we’re really busy in an afternoon I’m out there picking parts something I’ve not done for many years. But then I find myself having to work a photocopier or a printer and I’m completely out of my comfort zone. It will be nice to get all the infrastructure in place so I can focus more on the business strategy side of things.

With all the experience you have gathered over the years you must be uniquely suited to your new role?

It was because of the experience and training that I picked up at Jacobsen that Iseki approached me and we started to talk about this role. To be honest it would be tough to find someone who has better experience and qualifications, based on the job I’ve done over the last 25 to 30 years.

Did you ever thing about sitting back and enjoying the fruits of your labours?

It probably took two or three months to get around the fact that I wasn’t at Jacobsen any more. I’d been there such a long time and it had been so much a part of my life. I was still waking up in the morning thinking about work but by the time I’d got the summer I was bored. There is only so much golf you can play and it was too early for me. I still feel like I’ve got something to offer. We’ve got the five year plan to double the business and I’ll see how I feel when we’ve achieved that. I’ll be edging towards 60 by then so I’ll see then what I want to do then.

So exciting times ahead?

Very much so. I have to say too that we are working with dealers but we have gaps to fill so there will be opportunities for dealers who are out there and who are interested in becoming an Iseki dealer.

Well, David, we are delighted to see you back in the UK. The industry will be better for having you back involved and we’ll just let you get back to working out how to put toner in your printer.