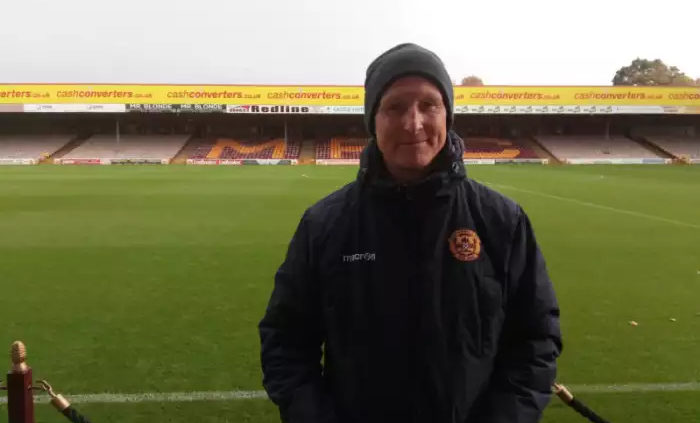 Scottish Plastic Pitch Debate: It’s a debate that rages on constantly among Scottish football followers: Is it right that 13 of the professional senior clubs in the top four divisions play on artificial pitches?

Despite there seemingly being an overwhelming majority of managers, players and fans who reckon the controversial surfaces can cause injury, adversely affect the standard of play or give an unfair advantage to home teams, there are now more of them than ever as clubs seek to guarantee games being on during the often torrid weather we endure throughout the season. 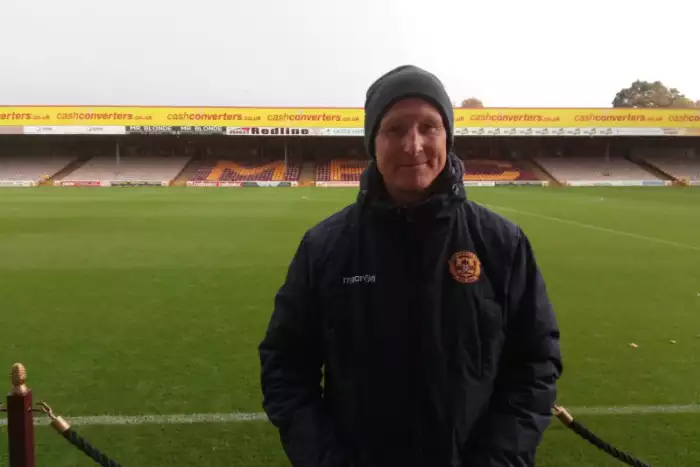 Paul (46), who works between 50 and 60 hours a week to keep the Fir Park surface perfect, said: “I think the artificial pitches for the clubs in the lower leagues are absolutely fine.

“But I’m not a fan of them being in the Scottish Premiership. And I think if you asked any professional footballer, especially as you go up the levels, they would absolutely never want to play on one if they could avoid it.

“You get nothing but complaints from players when they’ve played on it.

“It is a very unnatural game. Players get aches, pains, lower back pain.

“Grass football pitches are inconsistent, yes we know that.

“But the astro pitches are massively inconsistent in terms of the supplier of the carpet, the company that builds them, has it got a shock pad under them?

“I’m not a physio and I’m not a sports scientist, but I think if you’re speaking to professional footballers then they would probably say they have sustained injuries on a synthetic pitch more than a grass pitch.

“And I have my reasons for it as well. One of the reasons is there’s very little give in an astro pitch.

“If they are dry, the rubber crumb creates such a heat on the sole of your foot.

“It’s a synthetic carpet that doesn’t move. Grass has got moisture in it, so therefore gives, the surfaces give, it’s soil.

“I just feel in our top flight football, if we are wanting to push forward with our football as a product, one of the massive selling points of the English Premier League is the quality of their surfaces.

“In Scotland, if we want to be taken seriously as a nation of football – which we always were but it seems to be diminishing by the year – we have got to address the surfaces we play on in my opinion.

“And they have to be natural grass or hybrid, as Hearts and Celtic have installed.”

So Paul – who has been a groundsman for 18 years – is very much against current top flight outfits Hamilton Accies, Livingston and Kilmarnock playing on astroturf. But he doesn’t have a problem with Championship sides Falkirk, Queen of the South and Alloa Athletic, League One teams Raith Rovers, Airdrieonians, Stenhousemuir, Forfar Athletic and Montrose or League Two outfits Annan Athletic and Clyde playing on them.

He added: “Artificial pitches have their uses, community: 100 per cent, training facility to take a wee bit of pressure off grass: 100 per cent.

“And to help the groundsman even, taking the pressure off during the winter months with a couple of days’ training on the astro, absolutely.

“The overall unnatural nature of the astro pitches is the difference between the two.”

It would be remiss not to point out that there are many players in Scottish football who support playing matches on synthetic surfaces.

A recent Professional Player and Artificial Turf Survey showed that 42.5 per cent of respondents supported the use of synthetic surfaces in competitive matches.

In addition, 52 per cent of respondents supported the use of synthetic surfaces for training on a regular basis.

All 3G pitches require to be annually certified to FIFA’s highest test standard, 2 star, to satisfy SPFL rules on the use of artificial surfaces and the Scottish FA’s Club Licencing process.

But there is no need for such testing at Fir Park, where the bowling green-like surface is reminiscent of the idyllic pitches on offer throughout the English Premier League.

And – as Paul pointed out – the current lush surroundings are a far cry from the mud spattered, unsightly surface which was often presented before he arrived at Motherwell in May 2015.

“To win a Best Pitch award, given the historic problems the pitch has had over the years, I think it’s a bonus. Not only just for me, but every other person who’s been involved with making the pitch that way.

“Support from the club – guys like Alan Marshall, Alan Burrows and the board of directors because ultimately these are the guys that say if they’re going to support you or not.

“It’s a big feather in the cap for these guys. These guys have been here when the pitch was poor. So for them to have something like that happen to our pitch, I’m presuming that they’ll feel very proud about that themselves.

“I’m proud of it, but I’m not what I would call a trophy groundsman. I do the work and hopefully let the work speak for itself.”

Paul stressed it was not an individual award for him; he praised Jamie Semple, Stuart Harker, Stuart Spiers and Robert Kirk for their help at Fir Park over the years.

And he then explained exactly how he’s been able to help transform the Fir Park pitch from what was once regularly reminiscent of a muck heap into something now resembling a fairway at Augusta National Golf Club.

“The success of the pitch is because of the grow lights,” said Paul, who earlier in his working life worked at two golf courses, Rangers and Wolves football clubs before landing a sales role at John Deere.

“They are a supplementary lighting system which give off rays from the sun that grow grass. I’ve had them here since my very first year.

“When I arrived here initially I quickly realised that the machinery being used on the pitch here was incorrect.

“It was a heavy pitch, one that didn’t drain and was all very heavy. It was all conducive to having a poor pitch as the winter months came in.

“The pitch needed to be drained. But it only has six inches of root zone, about half the normal depth of what it needs.

“It has an old pitch underneath that is rock hard and doesn’t drain, two sets of undersoil heating pipes – one dead and one live.

“We had to have channels for water to run into so in my second year we put gravel trenches in them, every one metre across the pitch, full length of the pitch.

“These trenches are the absolute lifeline of that pitch.

“They take the moisture from the six inches of root zone, they then go into the gravel trenches, which are basically a reservoir to hold moisture and take it to the lateral drainage.”