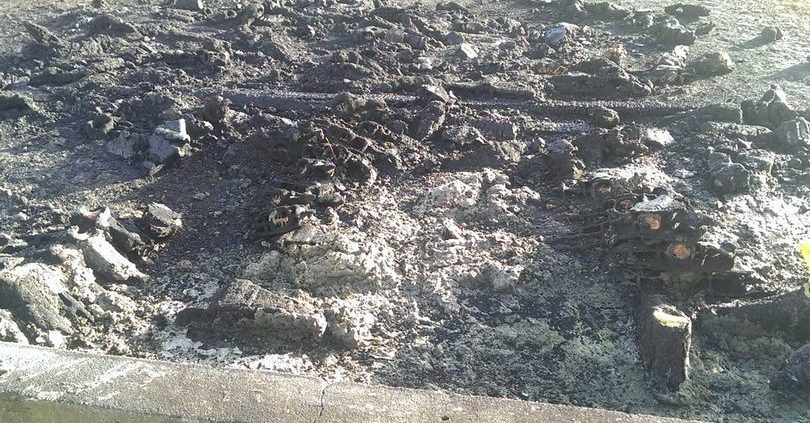 Vandals Set Fire To Football Pitch: A football pitch in Drimnagh has been damaged in a suspected arson attack.

The pitch on Benmadigan Road is used by local club St John Bosco. 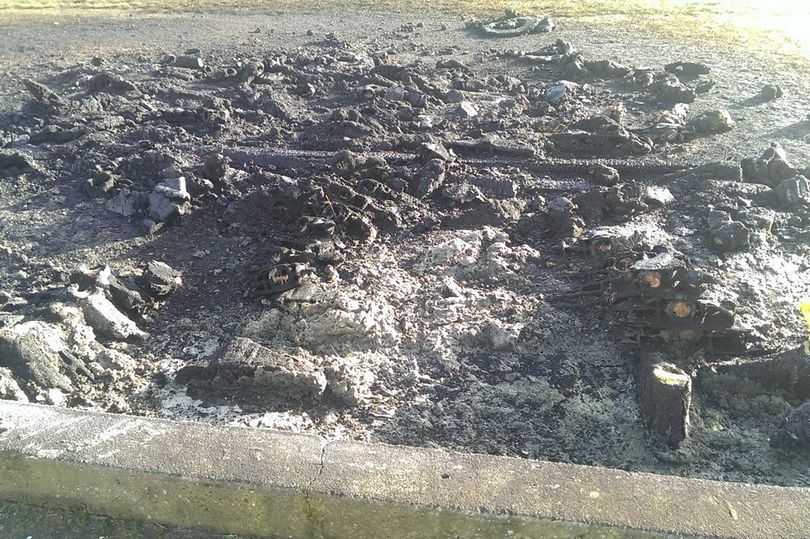 It is believed plastic fencing that was left at the pitch was set on fire.

Pictures shared on social media by Cllr Daithi Doolan show a part of the pitch scorched this morning.

Cllr Doolan condemned those who caused the damage.

He said: “This vandalism damages the whole community. If you are involved please. Stop and think. If you see it. Report it.”

Cllr Doolan has reported the damage to Dublin City Council, who have assured him they will be cleaning it up as soon as possible.

St John Bosco have been established in the local community for over 60 years.

The successful club operates teams for boys and girls at all underage levels.

Gardai confirmed investigations into the incident are ongoing.

A garda spokesperson said: “Gardai were called to an incident of a report of a fire at Brickfield Park, Drimnagh on 9 February, 2019 – there was damage to a green area with fire burnt out.” 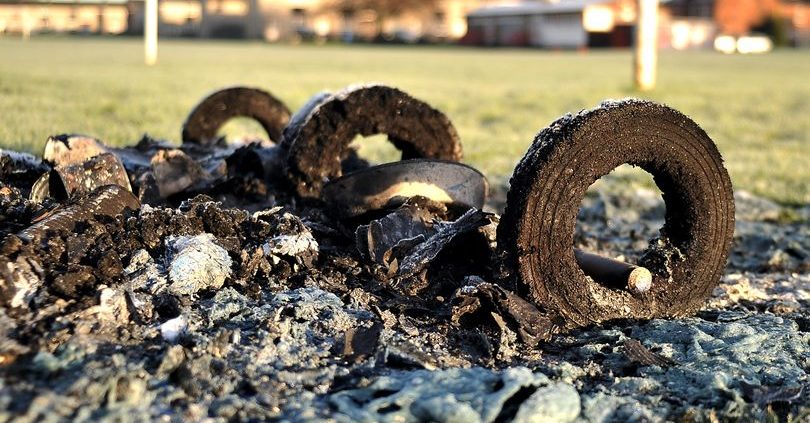 Vandals Set Fire To Football Pitch: A Renton football team have been left with nowhere to play their games after vandals set fire to their pitch.

Players and coaches at Renton Craigandro have been left gutted by the damage done to their pitches at Tontine Park. 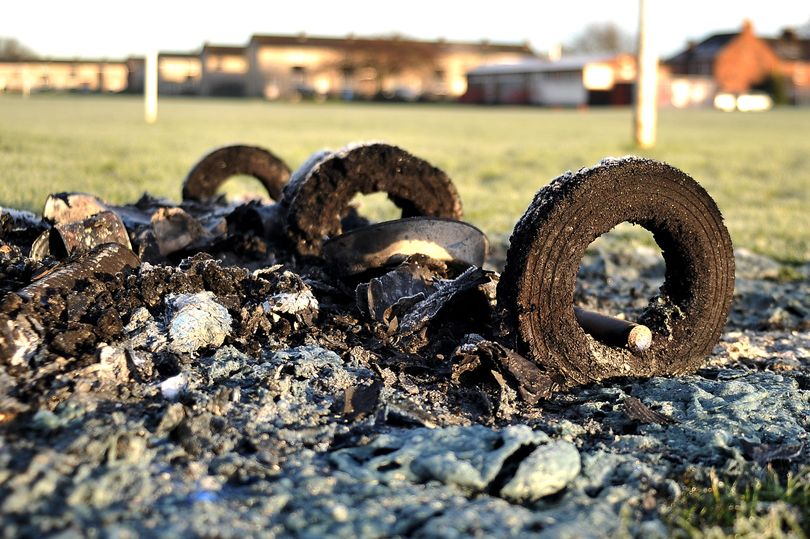 The grass pitch has been left blackened and unplayable with remains of melted plastic bins ruining the grounds.

The community club– which coaches 270 young players – will now have to foot the bill for the burnt out pitch and fix the damage by themselves over the festive period.

Matches which were set to be played this weekend will also have to be moved, costing the club even more money as they will have to pay to rent other pitches in the area.

One of the club’s coaches, Joe Mulvenna, was passing the club’s premises on Sunday night (December 9) when he spotted the burning bins.

Nearby residents called emergency services who attended to extinguish the blaze at around 7pm.

The fire was contained to the bins and caused no further damage to the pavillion on the park.

However, the fire has left blacked charred rubbish which will need to be cleaned up by the football team.

The grass will also have to be turfed at the expense of Renton Craigandro, who took over the pitch on a 25-year lease from West Dunbartonshire Council last year.

Club coach Joe said: “We were very lucky as it could have been so much worse.

“People panicked as they thought the whole place was on fire but thankfully it wasn’t that bad. It’s just so disappointing that someone would do that.

“We are now going to have to foot the bill for the damage and we don’t know yet how much it is going to cost.

“It is just an inconvenience for us all as we are going to have to put the time in to repair it and we now have to try and find another place for our teams to place while the pitch isn’t usable.”

A SFRS spokeswoman said: “TheScottish Fire and Rescue Service was alerted at 7.07pm on Sunday, December 9 to reports of small fire in the open in the Renton area of West Dunbartonshire. 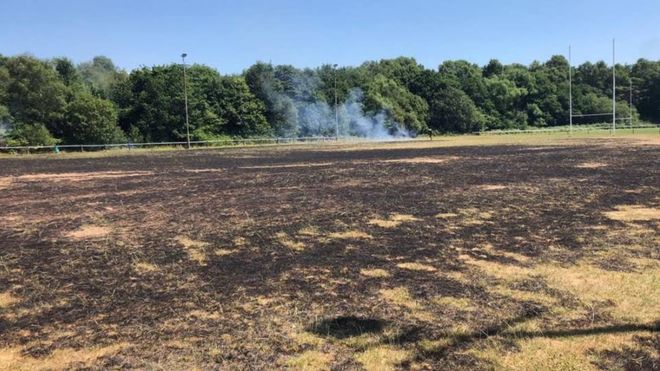 Rugby Club Devastated By Pitch Fire: A Swansea rugby club’s bosses are “devastated” after one of their pitches was set alight in a suspected arson.

The second pitch belonging to Vardre RFC, based in Clydach, was badly burnt during the fire on Sunday.

South Wales Police are investigating the fire after Mid and West Wales Fire and Rescue service were called at about 13:30 BST.

The club spends up to £5,000 a year over the summer to fertilise and reseed the pitches.

“We are worried that it will affect our season and prevent players from all ages enjoying the sports they love,” the committee said.

By the time fire crews arrived, the committee said the pitch was “completely burnt.”

“We are extremely proud of the quality of our pitches,” a spokesman said.

“These facilities are used by the mini, junior, youth and senior section of not only Vardre RFC, but Clydach FC as well.

“The second team pitch is also our only floodlit pitch so is vitally important in the season when the evenings are darker, and we require the floodlighting to train.

“It’s completely heartbreaking and frustrating when so many good people volunteer their time and effort to improve facilities and provisions for the local community and a mindless, selfish few continually vandalise the Vardre RFC playing facilities.

“Currently, we are unsure how long and how much it will cost to get the pitch back to its original state.”