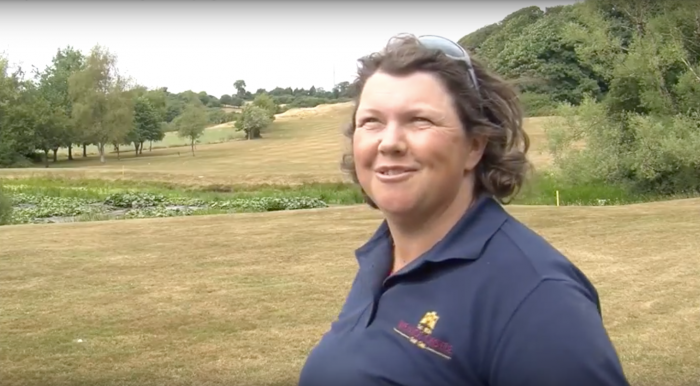 According to Wales Golf, Lucy is now one of only two female head greenkeepers in the whole of the UK.

Lucy began her career at Virginia Park Golf Club in Wales in 1991 – as it was built by her next door neighbour. She then moved to Celtic Manor in 2000, and had been the deputy course manager at Saltford Golf Club in Bristol since 2008.

“I’d like to thank all the clubs that invested in me to get me to the level I am now,” she said.

“I started on an apprenticeship scheme which is still available now, and then earned greenkeeping qualifications.

“I still love the job now, 27 years after I started, and come to work with a smile on my face every day. I think every greenkeeper leaves their job on a Friday and looks over their shoulder and thinks ‘I did that and it looks good’.”

Speaking of her future work at Wenvoe Castle, Lucy said: “Hopefully the course will speak for itself once this hot spell is over! I’m a golfer and will produce something I want to play on, and fingers crossed the members will be happy with it too.”

On being one of very few women working in greenkeeping, Lucy added: “I have slightly thicker skin than most people and you do have to prove yourself to people – get in that bunker next to the guy and out-shovel him!

“I’d encourage other women to pursue a career in greenkeeping. It’s too good an industry to miss out on because of people’s opinions of what we can do. Up to two years ago I never knew another female in the industry – we’re proving we can do it. Just give it a go!”

“She went from her local course in Caerphilly, to Celtic Manor ahead of the Ryder Cup, then England before returning to Wales to take the top greenkeeping role at Wenvoe Castle.

“As she looks round at her ‘office’, the rolling, tree-lined course which she is responsible, she encourages other women to get involved in the special industry of greenkeeping.”