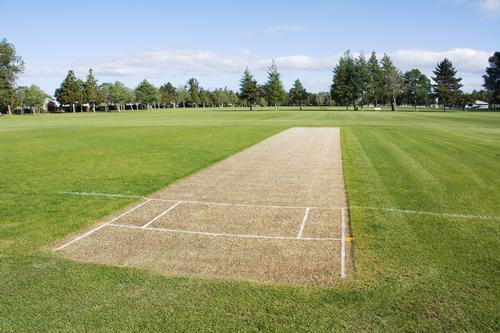 Grassroots funding hits £8m: Grassroots sports clubs and organisations in England have received a total of £8m worth of funding from the Community Emergency Fund, set up to help with the effects of the coronavirus pandemic.

Launched and managed by Sport England, the emergency fund has already secured the futures of more than 2,000 sports clubs and community organisations struggling with the lockdown.

The £20m Community Emergency Fund is part of Sport England’s larger £195m package of support set up in response to the current crisis.

Lockdown conditions have had a significant impact on grassroots sports – particularly for those with cash-generating facilities which are no longer able to open their doors.

The areas of most immediate pressure for organisations include the costs of covering rent, insurance, maintenance and utility bills.

The effects of the shutdown are clear – and demand for funding has been unprecedented.

During 2019, Sport England received 4,000 applications across all its funding programmes over the 12 months.

In the month since the launch of the Community Emergency Fund, on 31 March 2020, the organisation has already received more than 6,500 applications.

“This fund is a vital part of ensuring that grassroots organisations who might have cash-flow issues for a variety of reasons survive,” said Sport England CEO Tim Hollingsworth.

“Whether an organisation needs £300 or £10,000, the Community Emergency Fund is there for those who are in need of support to navigate this difficult period.

“Sport and physical activity’s ability to bring individuals together and to unite communities will be of critical importance to our nation once the restrictions of lockdown begin to be lifted.

One of the organisations to have received help from the emergency fund is the Emerald Centre in Leicester, which received a £10,000 grant.

The centre helps more than 10,000 people take part in sport and physical activity every year and is used seven days a week by people of all ages.

Among activities, the centre is home to eight sports teams.

Tony Cusack, the centre’s manager, said the £10,000 grant was a “lifeline” for the organisation.

“Without this funding, it would have been very difficult to continue to do what we do once this is over,” Cusack said.

“Our reserves are diminishing without our regular income and this grant has been crucial for us as we try and recoup some of the funding we’ve missed out on while being closed.” 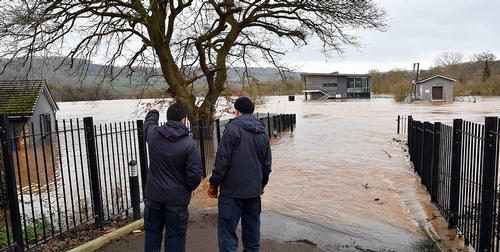 Set up by Sport England to help those affected by storms Ciara and Dennis, the fund has seen grants of up to £5,000 being awarded across the country.

Many clubs and organisations are still unable to safely access their facilities and the grant scheme remains open, with Sport England promising a “quick decision process and access to cash for places in need”.

According to Sport England’s director of property, Charles Johnston, the funding is being used for decontamination, skip hire, equipment replacement and access repair.

“Floods can have a devastating impact on local sports organisations, causing damage to clubhouses and grounds and denying communities a chance to play sport, often for weeks and months on end,” he said.

“We’ve developed guidance on how clubs can take action to protect themselves from extreme weather conditions, which includes drought as well as flooding, and our flood relief fund is available to help clubs deal with the immediate impact.

“In the longer term, we will work with communities, as we have with Carlisle since they were devastated by the floods of recent years, to make their facilities more resilient to the effects of climate change.”

Playing fields and clubhouses are particularly vulnerable to flooding in England, as many of them are located on flood plains as a result of the cheaper, flatter land.

According to Dr Iain James, a specialist in sports flood recovery and design at TGMS Sports Surface Consultants, “more needs to be done” to cope with extreme weather.

“I have worked with many flooded clubs since 2007 and I see the devastation to sports clubs and their members, many of whom are volunteers,” he said.

“To those clubs affected I would reassure them that there is support there and with the right advice, decision making and funding it is possible to recover and to build resilience to flooding in the future.”

Clubs and organisations affected by flooding can apply for funding help through the portal. For more information, click here.

This year, Olympic boxer Anthony Ogogo announced that three talented young athletes from Norfolk and Suffolk have been chosen to receive £5,000 of funding: 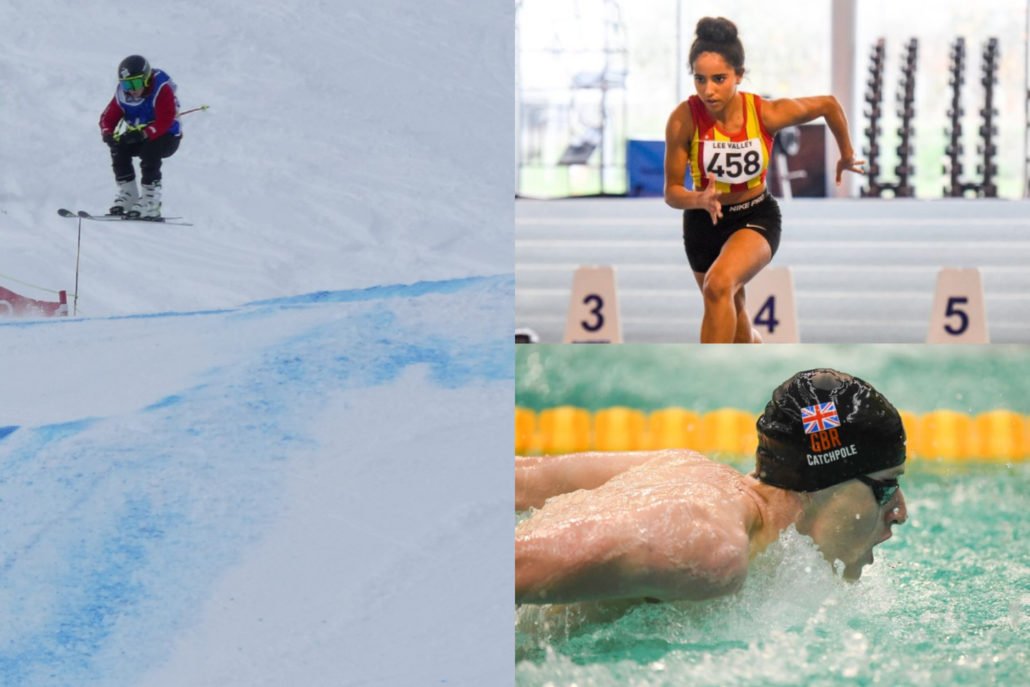 Kevin Utton, Director of Sports Sales & Marketing at Harrod Sport explains that: “Our judges simply couldn’t choose between all of the talent, so we are delighted to announce that we have three winners who will each share the pot and receive funding this year.”

Jordan dropped out of school on medical grounds, at the age of 14, having been diagnosed with autism and significant learning difficulties, but has gone on to win gold in the 100m backstroke for the GB team at the Japan Open Para Championship.

In 2018 he won silver medals in both 100m backstroke and 200m freestyle in the para-swimming European Championships in Dublin.

Tony Bush of Active Suffolk describes Jordan as “an excellent swimmer with an established track record. He has the potential to make the Tokyo Olympics in 2020 and this funding could make the difference!”

“I haven’t had time to celebrate yet because I’m in heavy training at the moment – but I will! It feels good to be recognised and believed in. It makes all the hard work seem even more worthwhile,” says Jordan. “My main aim in 2019 is to qualify for this year’s World Championships in April and compete in September… I am targeting the podium again.”

Serena began competing aged just 10 years old. In the last five years, she has represented the City of Norwich Athletics Club at County, Regional and National level. She has been Norfolk County Champion for the last three years in 60m, 100m, 200m and 300m in both U15 and U17 categories.

Her biggest achievement so far has been breaking the 300m County Championship record, which hadn’t been broken since the early 1990s – before Serena was born.

Anthony Ogogo said of Serena’s achievement: “Breaking a record that has stood for longer than she’s been alive is no mean feat. She must be extremely talented and hardworking.”

Serena was nominated by her mum, Vanessa Butcher who tells us that funding Serena’s athletics career as a single parent has been challenging: “I’ve often had to buy pre-owned footwear and equipment for her just so she can continue what she enjoys doing.

Anthony explains, “Without foundations such as The Ron Harrod Foundation, young athletes like Serena would not have the financial support to be the best that they can be.”

Kieran is a talented young dry slope skier from Taverham, near Norwich. He plans to put the money towards a training/race camp with The Cross Collective, to allow him to compete abroad.

Judge Jack Herbert, P.E. Teacher at Pakefield Primary School, says: “He’s a young man with great potential who has already achieved so much. With funding, he could go far.”

Kieran was nominated by his dad, Dale, who explains: “I suffer from Multiple Sclerosis and no longer work so the main challenges for us are the funding of all the equipment Kieran needs, the different dry slope training camps and races in the UK he requires to keep him at a competitive level. He would not have been able to train and compete abroad without the help of this funding.”

How the winners were chosen

Following nominations from the public in autumn 2018, athletes were shortlisted by a judging panel including local Olympic Boxer Anthony Ogogo. Tony Bush from Active Suffolk and Jack Herbert, P.E. Teacher at Pakefield Primary. The winning athletes were then selected by Anthony Ogogo.

Reflecting on his involvement with the Foundation, Anthony said: “I was honoured to be asked to help pick some extremely deserving winners of the Ron Harrod Foundation grant. I too have been a young, aspiring athlete and I know the struggles that come with it, both financially and logistically. It truly was a pleasure selecting some well-deserved young athletes.”

Harrod Sport began in 1954, when founder Ron Harrod invested £300 and started to convert old herring nets into sports and gardening netting in a factory in Lowestoft, Suffolk.

Ron Harrod is a pioneer in goal post safety and became a co-founding member of the European Standards Committee (CEN Standards) in 1989. His son Chris Harrod (Chief Executive) currently represents the U.K. on the committee.

Ron Harrod, now 87, retired in 2005, but his children – Chris and Stephanie – ensure his legacy lives on, both in a business sense and with the ethos Ron maintained throughout the years that the ‘customer is king’.

In 2017, the company changed its name from Harrod UK to Harrod Sport.

For further information, please contact Molly Spring on molly@harrod.uk.com or 01502 583515.