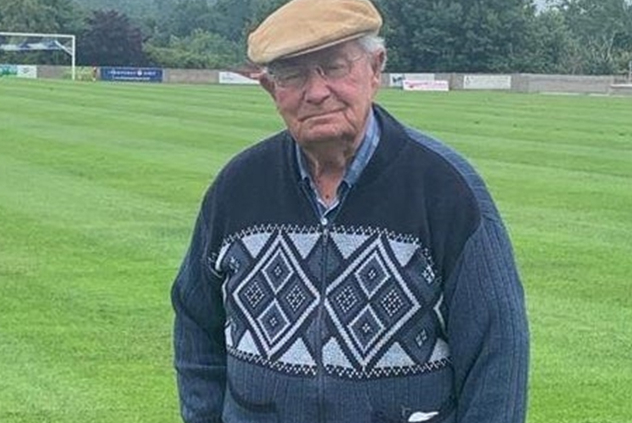 Now the 96-year-old is aiming to get back out on the turf and turn his labour of love into a fundraiser for the Irish League side. 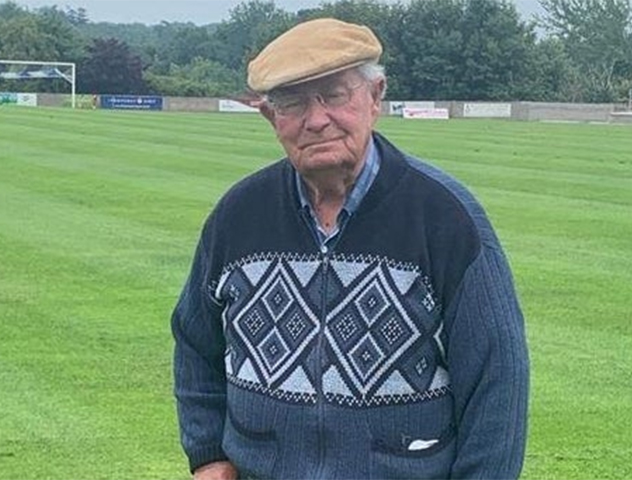 The coronavirus pandemic’s impact on sports clubs around the world is expected to have far-reaching effects but, in a bid to help alleviate some of the short-term damage, Willis has set a special goal.

Willis is drawing inspiration from the example set by ‘Captain Tom’ and a charity drive to support the NHS Charities Together by embarking on a cause close to his heart.

Captain Thomas Moore set out to walk laps of his garden at the age of 99 – with Willis opting to take on 100 lengths of the football pitch at Loughgall.

His plan is to take those first steps this weekend.

“I’ve been involved with Loughgall for so many years now and in all sorts of roles, from chairman to groundsman to committee member,” said Willis. “We were sitting around talking one day about the financial situation around everything going on and I suggested following in Captain Tom’s footsteps.

“The club is so important to me and such a big part of my life, so I was just keen to try and do something, anything really, to help.

“I’ve so many wonderful memories from my time involved with Loughgall and have so many friends thanks to this football club and others all over the country.”

Ground improvements estimated at around £100,000 proved vital towards a successful Club Promotion License application last season as Loughgall officials invested in ambition in pursuit of a place in the Danske Bank Premiership.

Redevelopment work included alterations to the changing room area and dugouts, plus the addition of a disabled viewing section.

A ruling by the game’s officials in respect of the coronavirus pandemic forced all clubs outside the top flight to stop the Irish League season, with Portadown awarded the sole promotion spot as Bluefin Sport Championship winners and Loughgall third at the cut-off point.

“So much hard work was put into that whole process by so many at the club,” said Willis. “We have such a great group of people around the club and a dedicated committee.

“Hopefully my small effort can help the club and the response has been great, with plenty of support from people at the club – along with a fair few laughs.

“One of my good friends, Robbie Bothwell, is about 70 years old but has promised to run at least 50 lengths!

“I’ve done a few practice lengths but just cannot wait to get going properly now and will be out as often as possible.”

Anyone interested in offering financial support can visit the ‘Hilbert’s Goal’ page on GoFundMe.