This covers the UK and Ireland plus additional key markets in Belgium, Netherlands, Luxembourg, Sweden, Denmark, Norway, Finland and Iceland. 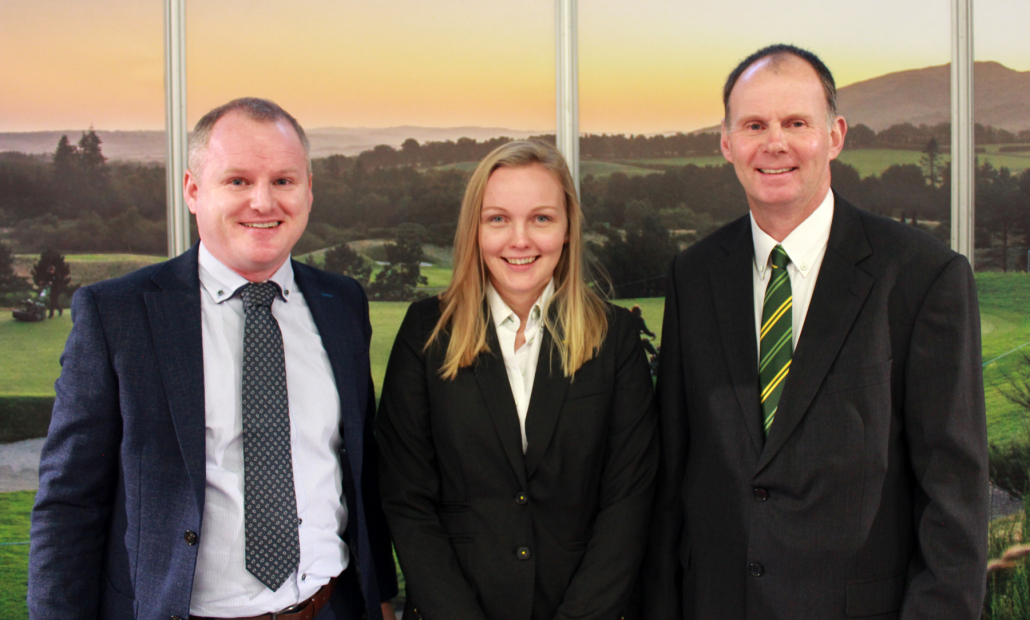 Brian is a graduate of Tralee Institute of Technology in Ireland, where he gained a degree in Agricultural Engineering Management. He joined John Deere Limited at Langar, Nottingham in July 2007 as a tractor sales demonstration instructor, before being promoted to the role of crop systems specialist in 2009 and then later that same year to agricultural territory manager for Wales and the West Midlands, a position he held until July 2014.

Brian then became UK and Ireland strategic account manager for turf and other non-agricultural products, before moving to Deere’s European HQ in Mannheim, Germany in October 2018 as Region 2 product manager for compact and utility tractors.

As a result of the structural changes, Richard Charleton has been promoted to a new additional strategic account manager position for golf and turf covering the UK and Ireland, alongside Michael Grey (who replaced Brian D’Arcy in this role in 2018). Alongside this responsibility, Richard is also taking on the position of John Deere Limited turf territory manager for Northern Ireland and the Republic of Ireland.

Richard is a graduate of Rycotewood College in the UK, where he gained a higher national certificate in Agricultural Engineering. He joined John Deere in January 1991 as a sales demonstration instructor for the UK and Ireland, before being promoted to the role of turf area service manager for both countries in 1994. Richard then became turf territory manager for Scotland and the north of England in 1996, a position he has held until this latest promotion.

Following his appointment, Joanne Gregory has replaced Richard Charleton as John Deere Limited’s new turf territory manager for Scotland and the north of England. Joanne is a graduate of Harper Adams University, where she gained a BSc (Hons) in Agricultural Business Management, and she spent her student placement year with the marketing team at Langar.