Campey’s Mick Parks Retires: Campey Turf Care System’s outside service engineer, Mick Parks, has retired from his role after 27 years at the company.

Mick started his job with Campey in July 1991 and has been a valuable member of the team ever since. His qualities, not only as an engineer but as a person, will be missed by everyone at Campey and the many customers he worked with throughout the years. 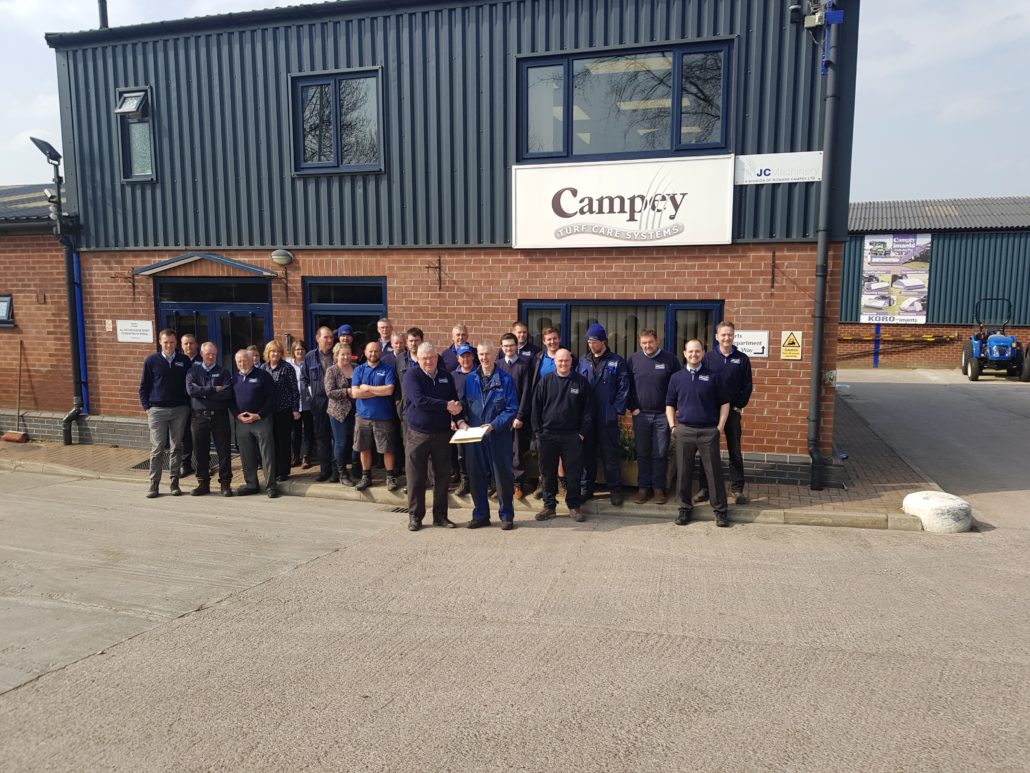 Mick was well known to his customers especially in the North West of the UK. When needed he would turn up at the customers site and fix many problems himself reducing downtime and allowing the greenkeepers or groundsmen to continue their work.

Speaking about his time at the company, Mick said: “I’ve really enjoyed my time at Campey , and I wouldn’t change it. Richard has always let me get on with the job and despite working alone most of the time I’ve always had the support of the Campey team and I’ve valued the support and friendship of my colleagues and Richard.”

Mick’s contribution has been greatly valued by Richard Campey, who is sad to see him go after so many successful years.

“Mick has been with us for a long time, and he epitomises everything that is good about the company,” he said. “He has represented us out in the field and always delivered excellent work, and he has been an esteemed member of our team throughout his 27-years with us.

“I’m sorry to see him go, but I’d like to thank him for his service and wish him all the best for his retirement.”

In retirement, Mick intends to spend a lot more time with his family, particularly his grand-children, and indulge his hobbies of cycling and walking. 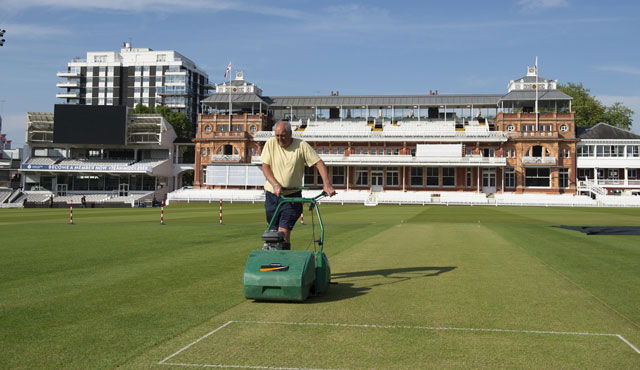 MCC’s Mick Hunt To Retire: MCC has today announced that Head Groundsman Mick Hunt is to retire at the end of the 2018 season.

Mick joined the groundstaff in December 1969 and was appointed Head Groundsman in 1985, following the retirement of Jim Fairbrother. The search will now begin for Mick’s successor, with a view to recruiting a replacement who can take the reins for the 2019 season.

“Mick has given outstanding service to MCC and to Lord’s, and he will be a very tough act to follow,” said John Stephenson, MCC Assistant Secretary (Cricket).

“World Cup Finals, Tests and One-Day Internationals featuring some of the biggest names in cricket have all been played here on pitches that he has prepared.

“There is something special about playing on the hallowed turf at Lord’s that inspires cricketers at every level to deliver great performances, with some earning a place on the Dressing Room Honours Boards.

“Mick retires one year short of a half-century, but his place in the history of Lord’s is assured.”