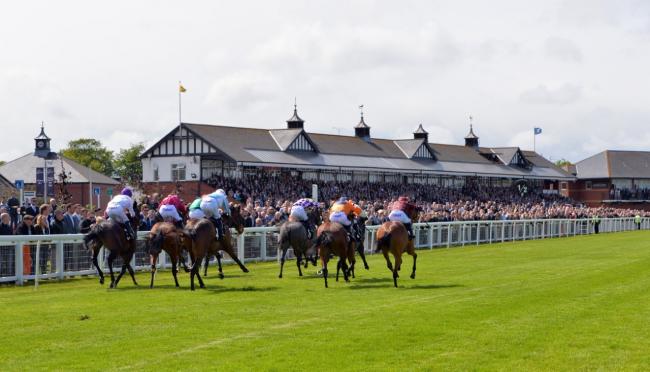 Groundsman’s near miss: A groundsman was almost struck as he replaced divets halfway through a race during one of Musselburgh Racecourse’s biggest days of the year.

The ‘near-miss’ incident occurred during the Edinburgh Cup in September when groundstaff had been warned to remember the main race of the day would see the runners go round the course twice over the two-mile event.

However, it appeared one of the workers forgot and was still replacing divets on the ground when the horses came round the bend towards him.

It was only when he heard jockeys shouting at him to get out of the way that he managed to duck under the barriers to safety.

Bill Farnsworth, racecourse general manager, said a stewards inquiry was launched after the incident and the British Horseracing Authority investigated ruling that all protocol had been followed by the racecourse itself.

The incident came to light at a meeting of Musselburgh Racing Associated Committee this week.

Mr Farnsworth said: “The Edinburgh Cup is a two-mile race and our head groundsman warned all the groundstaff to remember they go round twice.

“One of the groundsmen went out and obviously forgot it was a two-mile race.

“He was busy knocking in the divets as horses came around the bend and jockeys had to shout at him.

He added that a similar incident at Ascot in November had seen that course fined nearly £4,000 by the British Horseracing Authority for not following the proper protocol before the race.

Mr Farnsworth said: “The sport needs to decide if it is safe for people to get on track during racing, it is weighing up the benefit of repairing the track with the risk. There is always a risk of human error.”

A spokesman for the British Horseracing Authority confirmed it had carried out an investigation into the incident during the Edinburgh Cup, adding: “No further action was required.”