A Tribute To Eddie Seaward: There are some people who leave a mark. Eddie Seaward was definitely one of those people.

He was the man in charge of the All England courts at Wimbledon from 1990, until the London Olympics in 2012 – fittingly taking his final bow as Andy Murray was taking the applause and a Gold Medal. 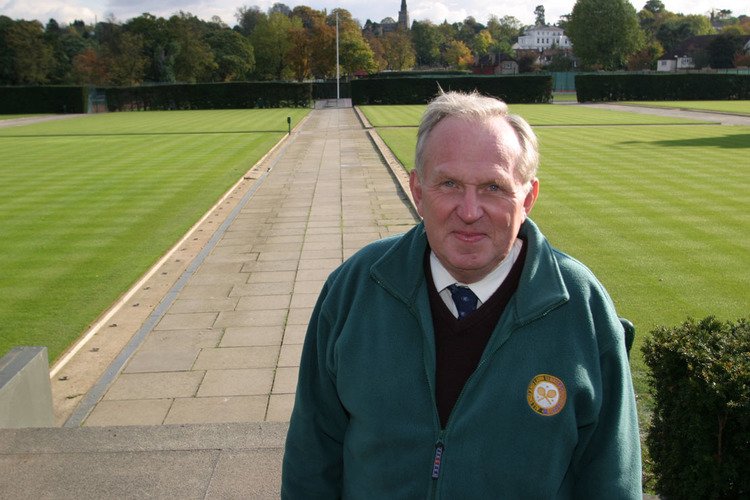 It is a mark of the esteem in which he was held that his bosses had requested that he put his retirement on hold until after the Olympics, knowing that there was no-one better to peak the iconic courts twice within the space of 20 days.

However, while he shone on the greatest tennis stage of them all – he picked up the monikers of the “Guru of Grass” and the “Grass Whisperer” among others – it was behind the scenes, with his work at the IOG, helping aspiring groundsmen, that really marked him out as a special person.

You often find that the people with the biggest jobs have the biggest hearts and no-one epitomised this better than Eddie.

His lasting legacy are all the young, and now not so young, Head Grounds people, who he mentored and who went on to achieve great things within the industry.

Indeed, there are many others, who didn’t have the good fortune of meeting Eddie in person, but who have been able to witness what is possible, through hard work, dedication and by a genuine willingness to help others.

You can be sure that Eddie will be looking down on the great work that Neil Stubley and his team have continued to produce during the Championships, proud that his legacy is being continued.

Eddie. Thank you for all that you did for groundsmanship.