Surf ‘n Turf: A horse’s impact on a surface, whether a racecourse or eventing track, has been much debated in sporting circles. On a professional sports stage the horse, averaging around 500kg, makes a significant collision with any surface. STRI agronomy manager, Steve Gingell, puts on his farrier’s hat to study hoof interaction with grass.

There have been several publications on the action and stages of horse’s hoof interaction with a surface. However, most are related to artificial sand surfaces and less so to grass surfaces. 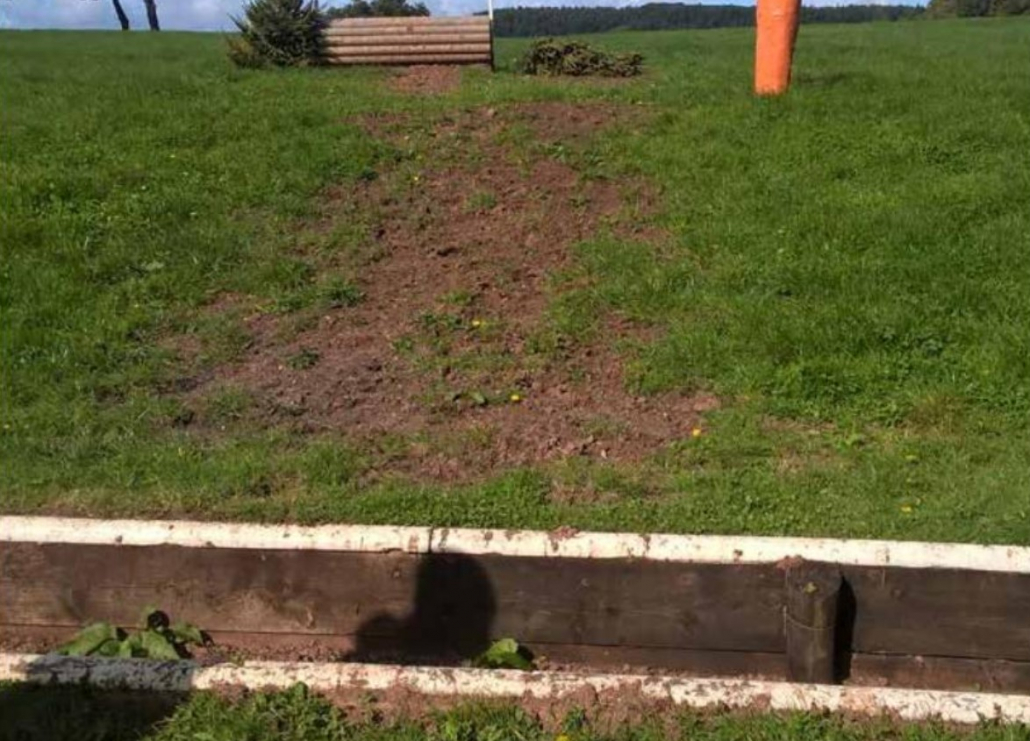 The key works are from the FEI Equestrian Surfaces Guide published through the Swedish Equestrian Foundation and Natural Turf for Sport and Amenity by Adams and Gibbs. ‘Science and Practice’ reviews the surface interactions at several racecourses in terms of firmness, penetration and resilience over time.

This is also a useful guide to how a hoof interacts with the surface.

There are a few testing devices simulating hoof interaction with different types of turf surface. The main equipment used on artificial surfaces is the Orano Biomechanical Surface Tester. This aims to mimic the phases of a hoof’s interaction with a surface.

Testing is also undertaken on turf using devices such as the TurfTrax Going Stick and the STRI Toro Precision Sense Testing, which gives data and maps indicating the surface performance. So how does a sports turf manager adapt their surfaces to ensure a safe and fast or competitive surface for a range of equestrian sports?

The majority of professionals accept that there are four stages of a hoof interaction with the surface.

Where the hoof initially impacts the surface; this is a braking force. The hoof will receive a shock/feedback from the surface depending on whether it is hard or soft. Very hard surfaces will give injuries to the hoof and leg bones. Very soft surfaces give very little feedback as most of the energy of the initial shock is absorbed through the surface.

Where the full weight and impact of the horse focuses through the hoof. Typically, forces are vertical and therefore the surface firmness is much more important. Hard surfaces will injure tendons, ligaments and bones.

Soft ones give little feedback to the hoof and therefore energy of the motion is lost. 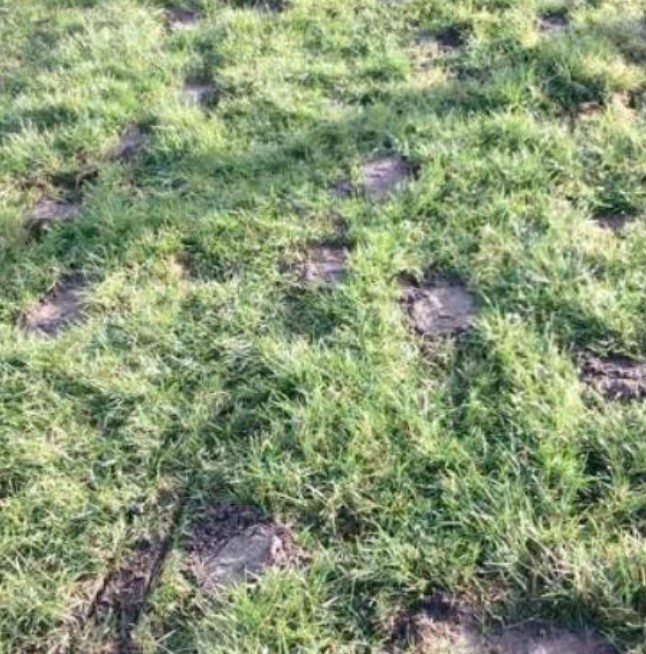 Where the toe of the hoof starts to push into the surface. A firm, surface can give little grip as the hoof slides on the surface. A very soft surface could dig in and lead to significant divot removal and lack of pace.

The most important aspect of this stage is a strong turf as this is where the horse is gaining propulsion. The toe is at the maximum penetration and the flat of the hoof is pushing backwards. Traction is vital and therefore an over soft or damaged surface could give little traction.

A surface needs to dampen and reduce impact forces (cushioning) and is achieved in various layers within the surface. A well cushioned surface reduces stress, ie soft racecourse, whereas a firm surface is fast but could cause injury.

Grip is important because a very low grip surface means the hoof slides and therefore injury can occur, whereas a very high grip surface can often have high impact forces. A surface must be able to withstand push off. It is important that some slide occurs to reduce the forces on the hoof. 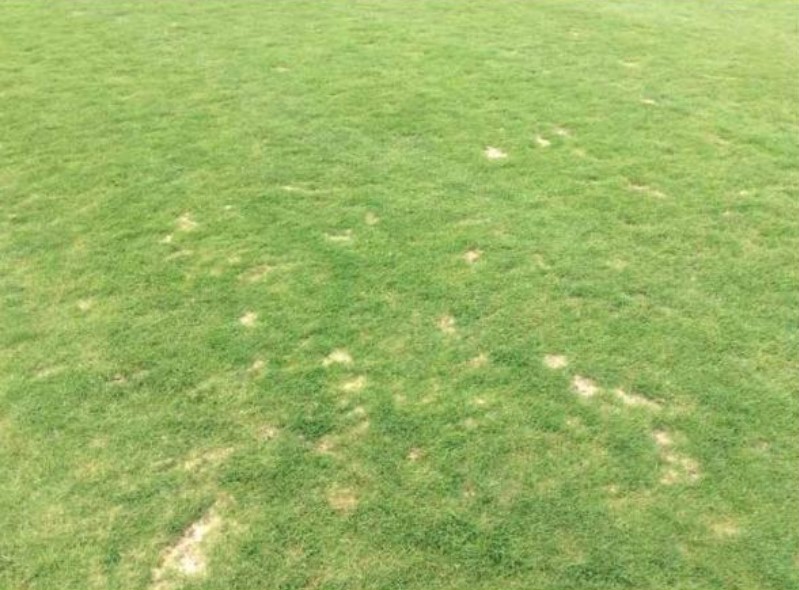 Responsiveness is a measure of how active or springy the surface is. A responsive surface gives energy back to the horse and this aspect is also related to the firmness and cushioning. A very compacted hard surface may rebound too quickly, whereas a very soft surface will give very little responsiveness.

A surface needs to be uniform so that the horse has confidence to reach its maximum performance. Variable surfaces, particularly in very short distances, can be significantly problematical.

In horse racing, the key aim is to provide a fast track that is both safe and fair. In flat racing typically, surfaces are maintained to a slightly firmer level with slightly shorter grass length than jump racing. The aim however must be to provide a reasonable level of cushioning and a medium to high level of impact firmness.

If a course becomes too firm, then the impact firmness becomes high and horses can suffer injury. Conversely, an over soft surface means speed and times are slower, therefore horses will tire more quickly. Grip is also important as horses will be using their maximum level of propulsion push off due to the high speeds of travel. There would be less grip issues as the hoof is not having to absorb any braking that would occur when using a jump.

In jump horse racing speeds are lower, and in between jumps over firm ground can create issues in a similar manner as flat racing. There is also a tendency to prefer a slightly softer going to ensure reasonable safety and moderate times. This is partially achieved through racing in winter months when soils are naturally wetter and therefore have less impact firmness, but also through a slightly longer height of cut at around 4-5 inches to give a little more cushioning.

When a horse jumps, grip in the initial stages is important, and then impact firmness and cushioning is vital on the landing phases.

Over a racecourse there will invariably be a degree of difference in uniformity as often different soils will occur, unless that track has been completely reconstructed. It is difficult sometimes to manage uniformity which is only achieved through varying aeration, irrigation cycles and fertility. 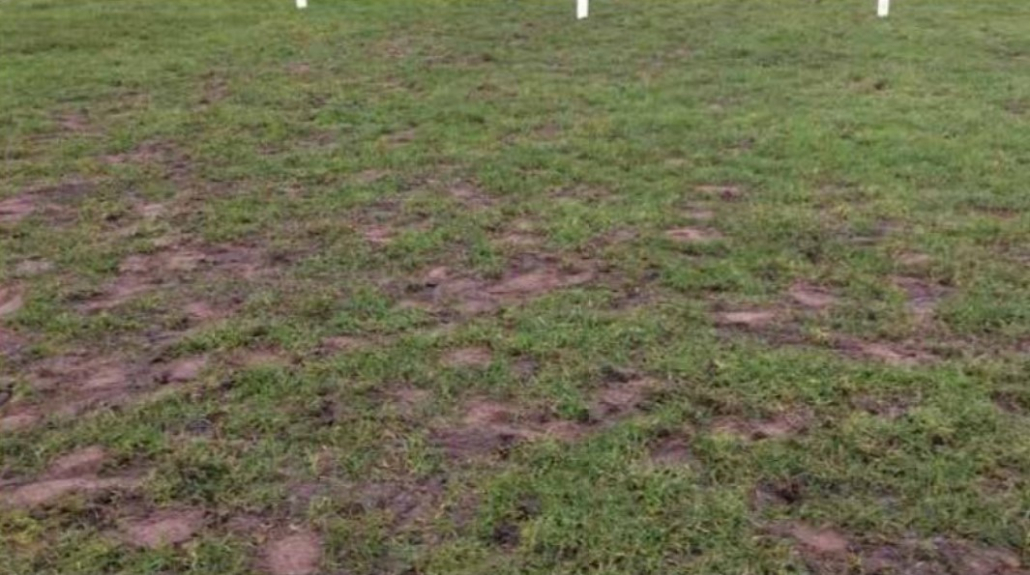 Cross-country builds on the comments in horse racing. There will be sections of galloping between the sets of fences, coupled with explosive takeoffs, moderate impact landing forces and often turns a stride or two after.

It is important for horse safety that the track is of medium firmness to reduce the impact and has a good level of cushioning. This is usually achieved through a reasonable grass length, although grass height is much lower in eventing than would be in racecourses. So there needs to be appropriate irrigation strategies and grass health management through aeration and fertility to maximise the soil cushioning.

Grip is very important as a horse needs to feel confident to take on the various obstacles. Lack of grip means the horse may slide forward towards a jump or not have suitable footing on landing. As an event progresses the take-offs and landings will often become quite worn. Therefore, exceptional management with good levels of repair in these areas, running up to a meeting, is very important. Frequently woodchip or even gravels are put in and around a landing zone and these will tend to make surfaces very firm over time and should be avoided.

Aeration and an overseeding or returfing of poor areas immediately following an event is essential to maximise the turf condition.

Polo is interesting in that each horse will only be used for a very short period, but under a very intense level of activity. Due to polo being a ball sport the surface is also kept very short. The surface needs to have a moderate to elevated level of impact firmness, but not to a level that the horse becomes injured because of the shock impact with the ground. This high impact firmness gives good responsiveness, although it should be noted thatsometimes a very firm surface may not be as responsive as one would expect. It is moderately difficult to achieve a high level of cushioning on a very short sward, although the soil profile needs to be medium firm, well aerated and have deep rooting. A little organic matter is quite beneficial to ensure cushioning. However, elevated levels of organic matter can often lead to reduced grip and at significant levels give poor impact firmness.

Probably the most important factor is grip. Polo ponies turn very quickly, execute fast decelerations and accelerations. This means that the surface has to give confidence to the rider and the horse. A very dry soil profile may have less grip as the pony can slide on the dry top.

This is often relieved through sand dressings and through significant quantities of irrigation to create a slightly softer upper surface. Watering can be a problem as insufficient irrigation may only wet the surface and therefore create a shear layer.

Each site will have a different ideal moisture content for performance. It is not uncommon to find the centre sections of a polo field being firmer than the edges as this is where most of the play occurs and therefore targeted verti-draining through the middle of the ground is important. 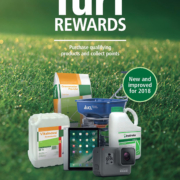 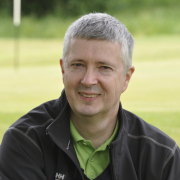 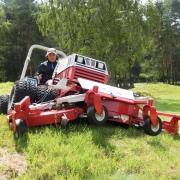 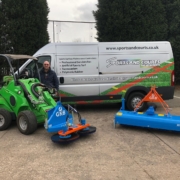 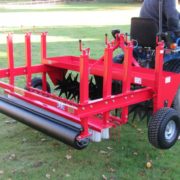 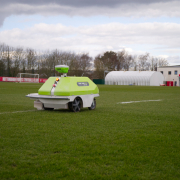 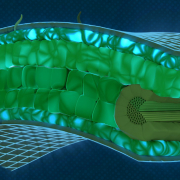 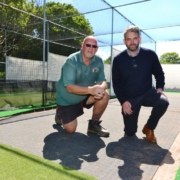 Eon Bio – a time capsule with a difference
Scroll to top