Pompey’s Fox In The Box: It appears Portsmouth may have unearthed a new fox in the box, but it’s not a new striker that has arrived at Fratton Park.

Not that they need much help in that department as things stand anyway! 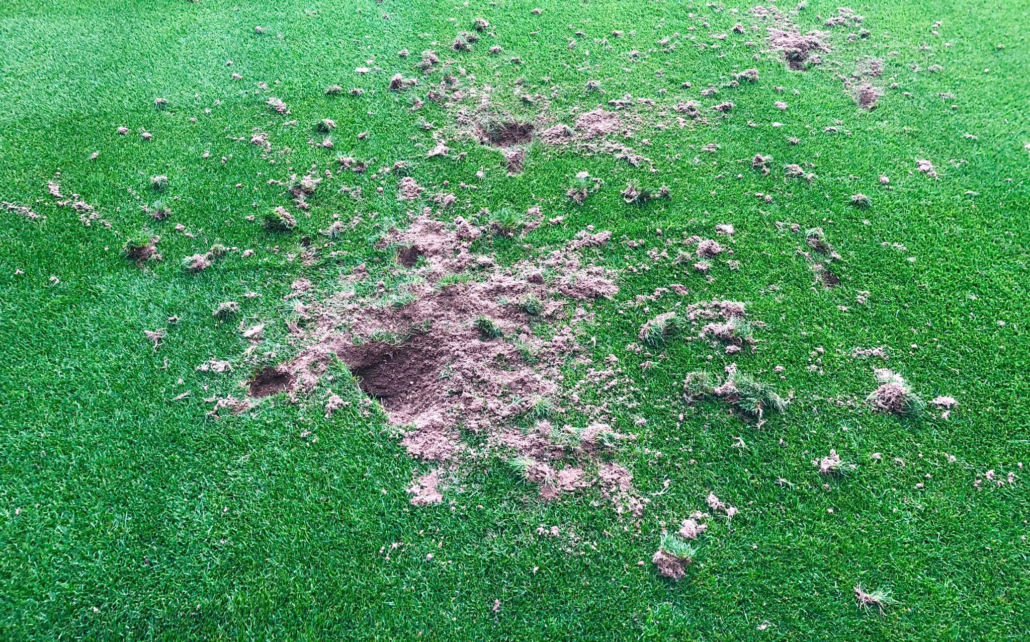 Nor is it the breakthrough of one of their academy youngsters, who’ll set the world alight with his youthful exuberance and a disregard for reputations, leaving even the most experienced of defenders running scared.

Unfortunately, it’s the discovery of a danger of a different kind that will have the club’s groundsman feeling nervous. Fratton Park has always had problems with foxes.

And it appears the latest batch of unwanted residents at PO4 have taken their residency to a new level.

As Pompey prepare to play host to Wycombe on Saturday, the ground staff at Fratton Park arrived at work on Thursday to discover some interesting chunks had been taken out of the playing surface.

That will leave the groundsman ‘holed up’ all day in a race against time to repair the damage ahead of the visit of the Chairboys.

And he’ll have to come up with a cunning plan so that he’s not outfoxed in the future! 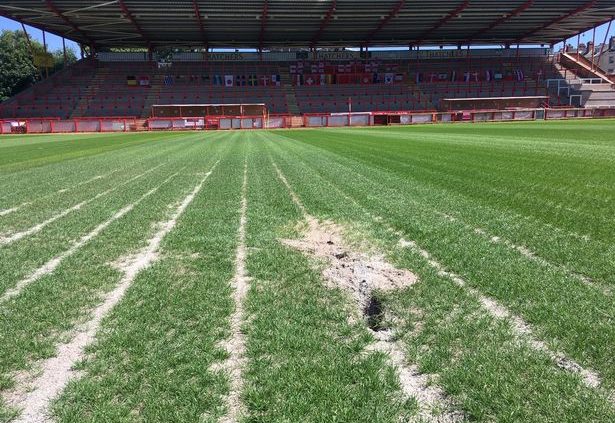 Exeter City’s Problem Fox: Exeter City have had their fair share of fox in the box strikers over time, but currently, it is one of the feral variety that is causing them a huge headache at St James Park.

Head groundsman Clive Pring says he is being harassed by a young fox that is breaking into the ground and digging up the pitch, which the club spent thousands of pounds on over the summer. 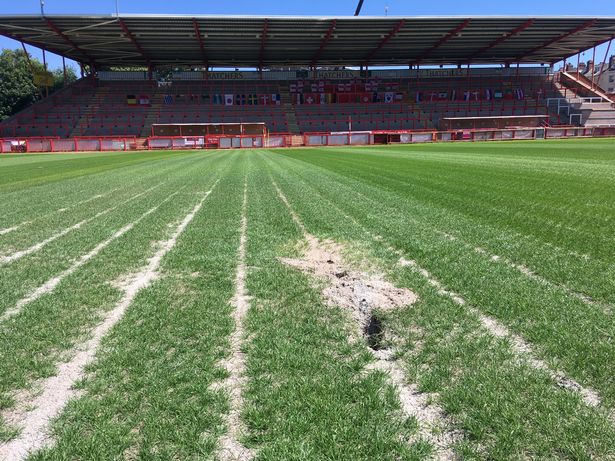 When DevonLive visited St James Park earlier this week for an exclusive behind the scenes tour of the new stand, we were alarmed by several significant sizeable holes on the surface, which Pring says were created by his furry fiend.

“I reckon the fox now is about four or five years old because he’s been there for a little while and I would say once every two or three weeks, he will come in during the season and will literally dig a hole about a foot deep and two foot long,” Pring said.

“He will do that over the drain lines because they are sand and easier to dig but, during the pre-season, when we have a pitch that we are trying to grow in and the drain lines are exposed and less grass on them, he probably digs that hole in two or three places every night, so we are constantly having to deal with it every morning.

“We actually have a tool that digs out a section that allows us to dig it out and replace it with a better section of turf and that can confuse him because what he does is very scent-based. If we move his hole, then he can’t find it, so that sometimes helps.”

The likes of Darran Rowbotham, Jamie Cureton, Tony Kellow and Alan Banks made a career for themselves with City as fox in the box-type strikers. The Grecians even had a man by the name of Fox between the sticks as well, the goalkeeper and former manager Peter Fox.

“The goal mouth seems to be his favourite spot, possibly because the grass is weaker in the goal mouths and he can pull it out in seconds, but we are not even sure what he is doing,” Pring added.

“He doesn’t go in and use it as a toilet, maybe he is practicing making a burrow, but he has been adolescent for too many years now and needs to move on.

“We have a trap there that we sometimes bait, but he knows what he’s doing. He usually sets the trap off from outside and takes the bait through the bars! They are wily old things and very curious about everything.”

Perhaps the fox is trying to find Dido, the famous parrot that returned to Exeter with the party that toured south America in 1914 and provided the national Brazilian side with their first ever opponents.

Legend has it that the bird, unused to British conditions, didn’t last long here in old Blighty and after passing away, it was laid to rest in the goal mouth at St James’ Park.

City’s poor form in front of goal the following season was put down to Dido ‘cursing’ the Grecians, so he was dug up and buried elsewhere, although there is a different type of bird that is causing Pring and City another problem up at the Cliff Hill training ground.

They are feeding at a nearby waste plant before heading to the training ground to rest up, leaving Pring and his ground staff with plenty to clean up afterwards.

“The last thing you want on the new artificial surface is something that shouldn’t be there and bird poo isn’t what you want!” he said. “They seem to come in and rest there for a few hours in the evening and during that time, they obviously do their business on the surface.

“If you let it settle, it becomes an organic matter and things will start to grow within the surface, so we are constantly brushing it to make sure it doesn’t deteriorate and causing us a problem.

“We will get some bird scarers put in at some point, but they often get used to things like that. There can be 200-300 sat there and it isn’t beneficial for what we are after!”